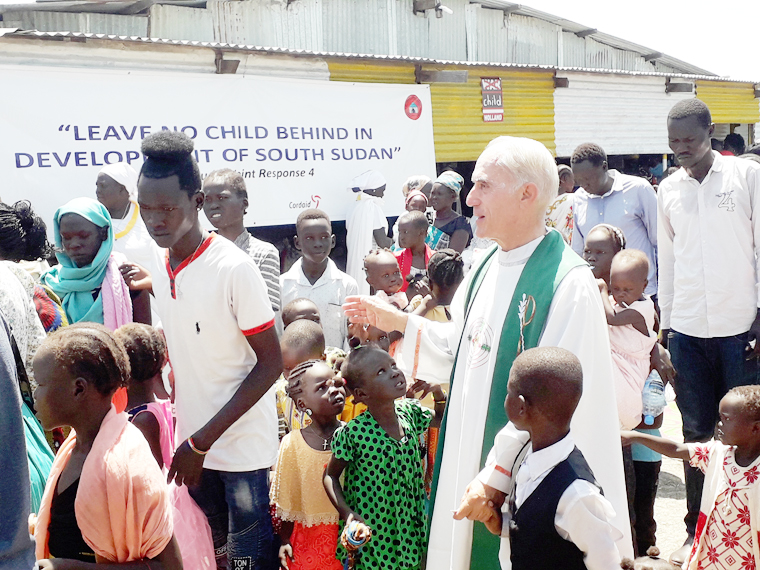 Father Bassano, a Maryknoll missionary and a Binghamton native, is shown at right at his church service Sept. 16 in the United Nations Protection of Civilians (POC) camp outside the town of Malakal in South Sudan. Father Bassano is the Catholic chaplain in the camp.

CNS reported April 18 that a fragile peace existed in South Sudan, the world’s newest nation. CNS said, “South Sudan’s five-year-long civil war has killed almost 400,000 people and displaced millions, while more than 1.5 million people in South Sudan are on the brink of starvation and more than 6 million people, half the population, face extreme hunger, according to the United Nations.”

Father Bassano was in Malakal in October 2013 before the conflict broke out in December of that year, but then he was evacuated out. Then he came back to the POC camp in November 2014 and he has been there since.

To help Father Bassano’s missionary work, send a check that notes that it is for Father Michael Bassano’s Mission Account; send it to Maryknoll Fathers and Brothers, P.O. Box 305, Maryknoll, N.Y., 10545.