French bishops ask what has been learned since Charlie Hebdo attacks 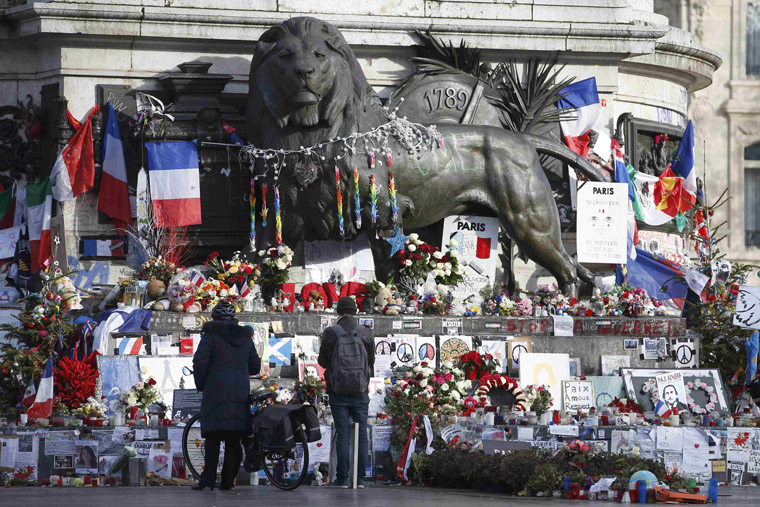 PARIS (CNS) — One year after the attack on the French satirical magazine Charlie Hebdo, the nation’s bishops asked what people learned and emphasized that religions must live and work together in society.

“Have these tragic events provoked some genuine awakening, and have we offered perspectives for the society of tomorrow by learning lessons from the past?” asked a Jan. 6 statement from the French bishops’ conference.

“It is certainly urgent to listen to our youth and offer them prospects for fulfillment and success. But the church stresses that we must imagine and build our country’s future together in mutual respect, recognizing everyone’s contribution to the collectivity. Every suspicious glance at religions injures believers and serves to exclude them from the national community.”

The statement was released as France commemorated the Jan. 7, 2015, attacks in which 17 died at the Charlie Hebdo offices and in related shootouts. The two masked brothers who killed the staffers said they were avenging the Prophet Muhammad for the magazine’s satirical cartoons.

The French bishops’ statement said they joined in tributes to the victims, as well as to the 130 people killed and more than 300 injured Nov. 13 when attackers, mostly linked to the Islamic State group in Syria, launched bomb and gun attacks at a major Paris stadium and a concert hall, as well as in random bars and restaurants.

The bishops said people “must urgently rethink our educational model, learn to work with the most deprived, show real moderation in our respect for creation, see the human being as worthy of infinite respect from conception to natural death, fight injustices, welcome difference and change our view of foreigners.”

“It is together, without any form of exclusion, that we will succeed in giving our country an impetus and perspective again,” the statement said.

Charlie Hebdo stoked new controversy with an anniversary cover cartoon depicting a blood-spattered God with a machine gun slung over his back, accompanied by the caption, “One year on: the assassin is still out there.”

The design was criticized Jan. 6 by the Vatican newspaper, L’Osservatore Romano, which said it reflected “the sad paradox of a world that is ever more careful about being ‘politically correct’ almost to the point of being ridiculous … but that does not want to recognize and respect every believer’s faith in God.”

Gerard Biard, the magazine’s editor, told the BBC Jan. 7 “shocking cartoons” should be viewed as “part of an adult democratic debate.”

Biard said he believed Western societies had not “done enough to defend secularism,” adding that Charlie Hebdo’s aim was “not to attack religion but religion as a political idea.”

He added that his country needed to “come together to confront the formidable menace of Islamist terrorism,” and said he counted on Christian, Muslim, Jewish and other communities to continue “acting for peace and tolerance.”

“I know how your engagement and, notably, the dialogue between you is helping combat all forms of racism and anti-Semitism, and what you are doing to encourage concord and fraternity,” the president told Paris Cardinal Andre Vingt-Trois and other religious leaders.