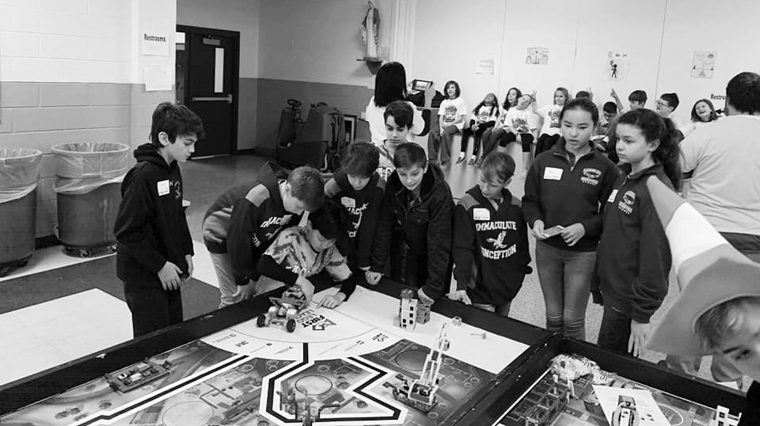 FAYETTEVILLE — The Immaculate Conception Eagles Robotics Team advanced to the next round of competition after a full day of the First Lego League competition/tournament hosted by Bishop Grimes January 11. IC Eagles Robotics finished in the top 10 teams and advanced to compete at SUNY Polytechnic Institute January 18 for the final round. The tournament was separated into four presentations including Core Values, Innovation Project, Robot Design and Robot Game. The Robot Game was three separate rounds, and their best score of the rounds was their counted score. Their three scores were 105, 220, and 175 points. The IC Lego Robotics Team is led by teacher Corey Stone. This is their first time to go into the final round. (Submitted by Caroline N. Agor-Calimlim)