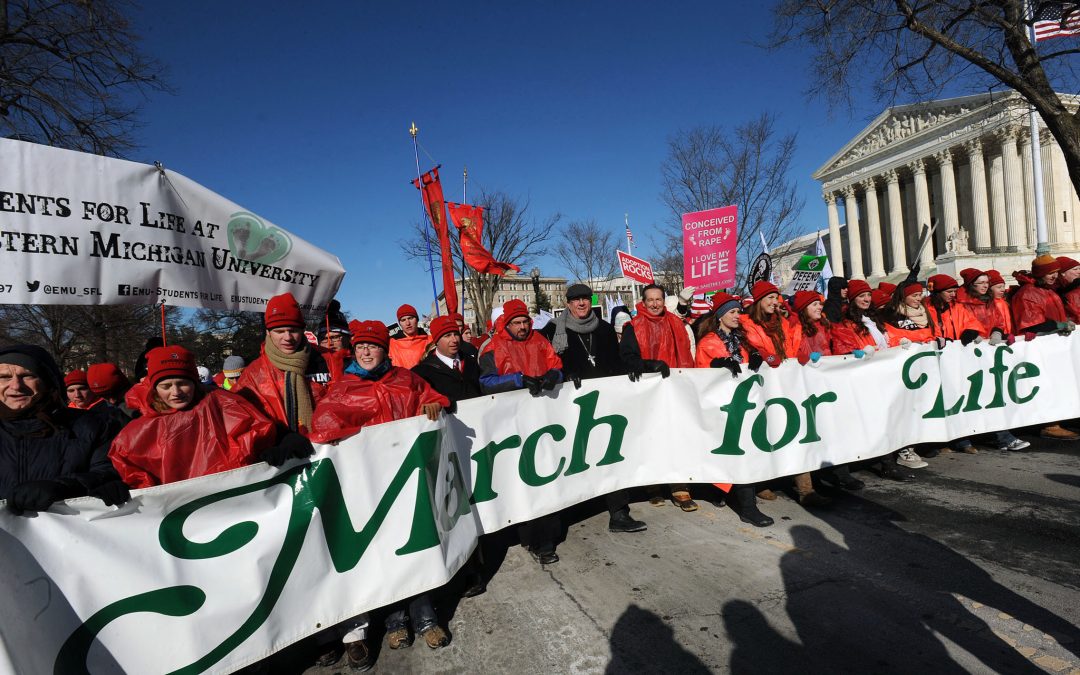 The annual pro-life event marks the Supreme Court’s 1973 decision in Roe v. Wade and its companion case, Doe v. Bolton, that legalized abortion. “Love Saves Lives” is the theme of the 2018 march.

More than 500 people from across the diocese and Bishop Robert J. Cunningham will be in Washington, D.C., for the annual March for Life. Read Bishop Cunningham’s reflection on the annual gathering here.

“Since his first day in office, President Trump has remained steadfast on his campaign promises to the pro-life cause and has actively worked to protect the unborn. … We welcome our 45th president, Donald Trump, to the 45th annual March for Life,” said Jeanne Mancini, president of March for Life.

“Over the past year, the Trump administration has significantly advanced pro-life policy, and it is with great confidence that, under his leadership, we expect to see other pro-life achievements in the years to come,” she said in a statement.

Last year, at the request of Trump, Vice President Mike Pence addressed the March for Life from the speakers’ stage. He became the highest-ranking government official to address the crowd in person.
During their tenure in office, President Ronald Reagan, President George H.W. Bush and President George W. Bush all addressed the march via telephone or a radio hookup from the Oval Office, with their remarks broadcast to the crowd.

This year’s speakers include House Speaker Paul Ryan, R-Wisconsin. The Catholic congressman will be joined by two other Catholic congressmen, Reps. Dan Lipinksi, D-Illinois, and Chris Smith, R-New Jersey. They confirmed their attendance in early December.

Because the National Park Service has a refurbishing project that makes it too expensive to be on the grounds of the Washington Monument, this year’s event begins with a rally on the National Mall between Madison Drive and Jefferson Drive.

Following remarks from several speakers, participants will march down Constitution Avenue toward the U.S. Capitol and then proceed to the area outside the U.S. Supreme Court.

Another speaker this year is Pam Tebow, mother of former football player Tim Tebow. Her doctors told her she had to have an abortion to save her own life, but she refused and delivered a healthy boy.

Speaker Kelly Rosati, a March for Life board member, will share her story as a mother who has adopted four children previously in foster care.

In addition to focusing on the sacrifice involved with bringing life into the world, the March for Life organization also wants to highlight the work done by pregnancy centers and maternity homes that help women who find themselves in an unplanned pregnancy.

“The March for Life is nonpartisan, or bipartisan, we’re also nonsectarian, we always try to get people from both sides of the political aisle to speak at the March for Life,” Mancini said, adding that it’s not always an easy task.