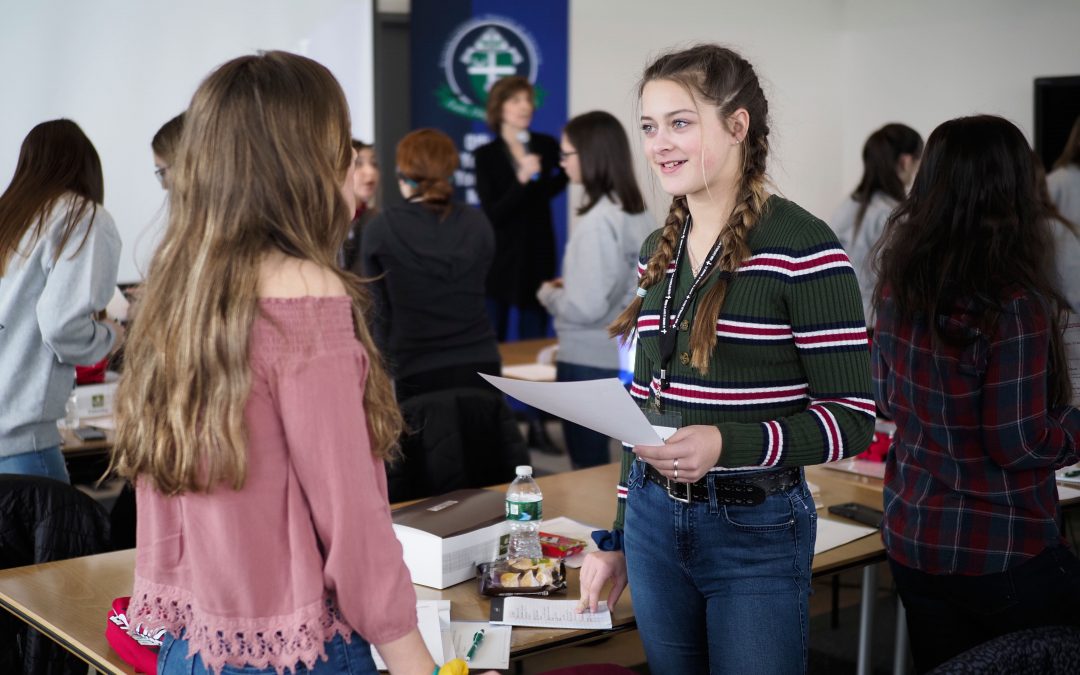 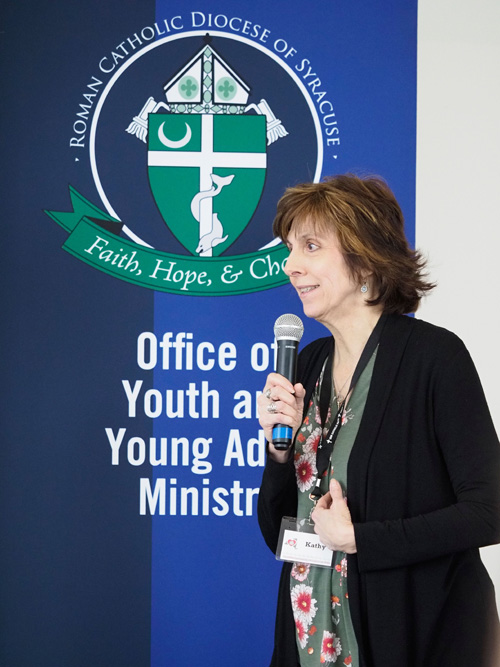 More than two dozen teens from around the diocese recently became the first “pro-life leaders” trained through a new program offered by the diocesan offices of Family/Respect Ministry and Youth & Young Adult Ministry.

The program grew out of collaboration between the diocesan offices. “The Family/Respect Life Office has been wanting to better equip the students in the pro-life grous in the diocesan Catholic Jr./Sr. High Schools for some time now,” Director Lisa Hall told the Sun in an email. “We started discussing plans with the Youth & Young Adult Office last year to offer this conference, as we knew it would allow us to better equip students in the pro-life groups as well as provide those students who attended the March for Life an excellent follow-up activity.” 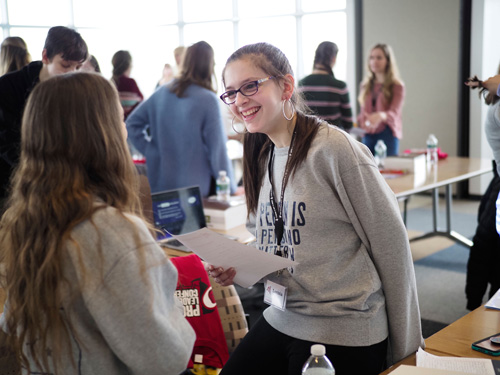 Bob Walters, director of the Office of Youth & Young Adult Ministry, noted that he has “been hearing from more and more teens, my own daugter included, that they feel ill-equipped to present their pro-life stance when confronted by others. I was not able to find any good, practical resource that would help teens explain their beliefs on these issues. It was in our discussions with the Respect Life Office that the idea for a one-day conference began to materialize.”

The goal of the conference was to “equip teens to share their pro-life positions in simple but charitable ways. We wanted them to walk away feeling confident to do so as well as give them practical resources to refer to later on,” Walters said.

Presenters explained and modeled dialogue principles, then allowed attendees to practice them. “We then shared information about two scenarios which come up frequently when discussing pro-life issues: ‘my body, my choice’ and ‘rape and abortion,’” Hall explained. “We modeled how to speak about these issues in a compassionate, non-confrontational way, using scientific and philosophical arguments and the four dialogue principles of ‘listen, clarify objections, find common ground, and be nice.’ The students then practiced speaking about these topics in groups of two.” 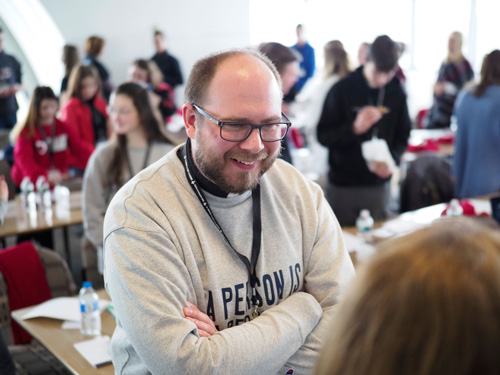 The day was “a huge success,” according to Walters, with several adult leaders stating they plan to bring more teens next year and teens saying “they had learned a lot and felt confident to share their positions.”

Among those teens is Abigail Docos, a parishioner of St. Mary of the Assumption in Oswego, and a tenth grader at Bishop Grimes Jr./Sr. High School, where she serves as president of the respect-life club.

In an email to the Sun, Docos billed the conference as “an amazing experience,” noting “it was great to be in the company of other young pro-life leaders and it was very empowering to see how many other pro-life leaders there are that are my age.”

“I learned many ways to defend my pro-life belief and ways to properly communicate how I feel. As I realize that I can make an impact and hopefully help to change the unfortunate number of abortions, I feel empowered…. I will take what I learned at the conference and bring it back to my school to show all of my peers the beauty of life and just how precious life is,” she said.

Ryan Brady, a parishioner of St. Mary of the Assumption in Baldwinsville and a ninth grader at Bishop Ludden Jr./Sr. High School, told the Sun in an email “the conference was a great experience and I learned a lot from it. I am more prepared to defend the pro-life stance as a result.”

Brady said he “learned how to talk to people and how to carry out a pro-life argument by being respectful and listening to the other person and not just blurting out your side and telling them that they are wrong” as well as “how to handle more sensitive topics without implying that someone doesn’t matter.”

He noted “it was inspiring to be with so many other pro-life teens. So many people our age are pro-choice that you forget that there are just as many who are pro-life, and this was a great reminder of that.”

Since attending the conference, Brady has been “working with Sister Beth Ann [Dillon, DSMP,

Ludden’s campus minister and religion teacher] to start a new pro-life group open to anyone in the school who would like to join. The plan is to recruit everyone we can to join the group and to pass on what I learned at the conference and to remind every pro-life student at Ludden that they don’t need to be afraid about defending the pro-life cause.”