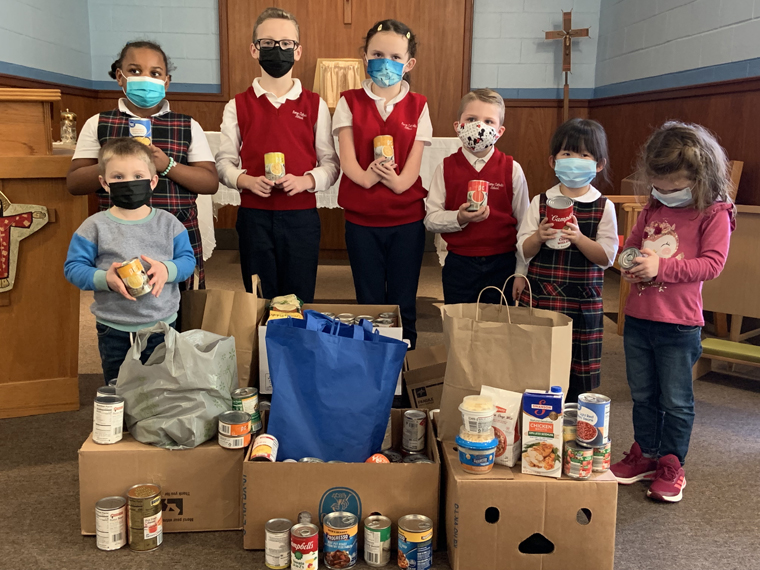 The first-graders’ theme of the day was to dress as if they were 100 years old. Korena Kinney’s class also celebrated the day by doing a 100-day math project.

The second-grade class celebrated by wearing a shirt with 100 items on it. Gayle Tien’s class also completed a 100-day math activity.

The third- and fourth-grade classes celebrated by dressing up as 101 Dalmatians. To continue the theme of the day Devyn Fisher’s class also watched the movie of the same name.

The fifth- and sixth-grade classes dressed as if they were 100 years old.

Rome Catholic pupils, families and staff participated in the “Souper” Bowl, collecting over 230 cans of soup during the week before the Super Bowl, Feb. 8-11. The soup was donated to the Mission of the Christ Child Food Pantry. (Photos courtesy Tabitha Wallace)