Two sisters to be honored at a Mass and reception

On Friday, June 18, Sister Donna Driscoll, MFIC, and Sister Carla Thomas, MFIC, longtime educators at Bishop’s Academy at St. Charles in Syracuse, will be honored for their many years of dedicated service at the school.

A special Mass and a reception will be held in the school’s gymnasium and will provide an opportunity to thank the two religious and to bid them farewell.

The two sisters have been elected to the leadership team of the Missionary Franciscan Sisters of the Immaculate Conception. 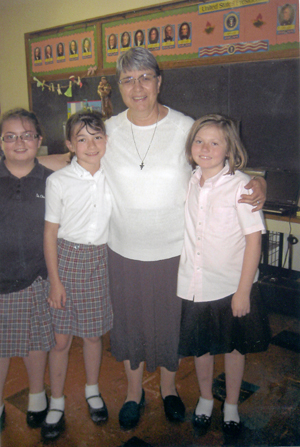 Their community consists of approximately 250 sisters throughout the world. Their missions are located on the east coast of the U.S. and in Australia, Bolivia, Canada, Egypt, England, Ireland, Italy, Papua New Guinea and Peru.

Elizabeth Hayes (Mother Mary Ignatius of Jesus), a convert from Anglicanism, founded the community in 1873 and was responsible for starting the community’s first mission in Belle Prairie, Minn.

Today, the sisters are involved in a variety of ministries. They include social and pastoral services, education, catechetical instruction, foreign missions, health care and prison ministry.

The United States Governance Circle, one of the six Circles into which they are divided, numbers 145 sisters and 45 associate (non-vowed) members. The Leadership House is in Newton, Mass. and the Motherhouse is in Rome, Italy.

Lisa Smith, one of the organizers of the event to honor the sisters, said that the efforts to plan it have been a collaborative effort between the school’s teachers, parents and alumni. “The Mass will be beautiful,” said Smith. “The alumni will be singing. Father James Mathews will celebrate the Mass and Father James Carey will offer the homily.”

Smith is a 1973 alumnus of St. Charles and her son, Lucas, graduated from the school two years ago. She has been actively involved at St. Charles ever since her son was enrolled in its pre-k program and she has also served on the school board. She knows first-hand how dedicated the two sisters have been to St. Charles.

“They are extremely spiritual and are the kindest women that I know,” said Smith. “They are both unselfish people. It’s sad that we will be losing the Franciscan sisters, but they are so deserving of this honor after the many years they have devoted to our students.”

At the sisters’ recent Chapter of Affairs in Maine, Sister Donna was elected provincial of her community. She has served in Savannah, Ga., Jamaica Plain, Mass. and for the last 27 years as school administrator at St. Charles, which is her home parish. Sister Donna received her master’s degree in education administration from Le Moyne College.

Sister Donna said that the time she has served at St. Charles has been very gratifying. “It’s been a wonderful experience,” she said. “The staff and faculty work so hard and are so dedicated to the children — they are superb. And the parents are so cooperative — they help in so many ways.

“It’s a great honor to be elected provincial of my community,” Sister Donna said. “I hope to be a person who is present to the 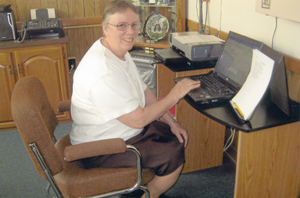 sisters’ needs and to be person of unity and of integrity.”

Sister Carla Thomas, MFIC, was elected councilor of her leadership team. In the Syracuse Diocese, Sister Carla has served at St. Cecilia’s School, Our Lady of Pompei School and for the last 20 years at St. Charles. She received a master’s degree in science education from Cortland State Teacher’s College.

Sister Carla served for a short time as a school administrator in Augusta, Ga. before coming to the Syracuse Diocese. In her new position as councilor, she hopes to lend a “listening ear” to her sisters, especially those who are elderly.

Sister Carla, reflecting on the time she taught at St. Charles, described her job as enriching. “I’ve seen daily how I’ve shaped their future — spiritually and academically.”