Catholic Charities of Onondaga County is proud to announce the 2022 Class of Honorees for the 37th House of Providence Awards. “Three exceptional individuals” will be honored this year according to Executive Director Michael Melara. 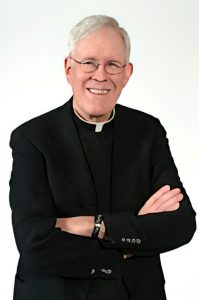 The Bishop’s Award will be presented to Rev. Monsignor Charles J. Fahey for the leadership he provided to Catholic Charities during his tenure as the first Diocesan Director of the agency. “He was the chief architect of how Catholic Charities’ diocesan services were provided,” Melara explained. “We stand on the shoulders of giants, and when it comes to Monsignor Fahey, he is that giant. There would not be Catholic Charities as we know it today without his influential work.”

Asked how he feels about the honor, Msgr. Fahey said simply, “I’m grateful.” He continued that he feels so because it gives him the opportunity “to tell people a little bit about the early 1960s which brought about radical change in the Church and in Catholic Charities.” He said it “changed the way” the organization operated and that it has “blossomed ever since then.” Those changes enabled Catholic Charities “to serve all people much more extensively,” according to Monsignor.

A priest of the Diocese of Syracuse, Msgr. Fahey is also a Marie Ward Doty Professor of Aging Studies, Emeritus, at Fordham University. Msgr. is especially well known internationally, in government and social agency circles, for his extensive knowledge and work on issues regarding aging. 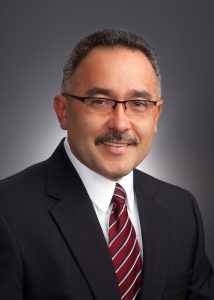 Jaime Alicea is the retired superintendent of the Syracuse City School District and will receive the President’s Award for his exceptional service to the community in partnership with Catholic Charities. “He has been a fantastic partner with us,” according to Melara. “He has been an incredible example of leadership at every level.” Melara said Alicea’s work with the agency was instrumental in the development and operation of Catholic Charities’ universal pre-K program, serving more than 300 children in the City of Syracuse.

“It’s a significant poverty-reduction strategy,  believe it or not,” added Melara, who said children that engage in early learning continue to do so and improve their opportunities to rise out of poverty. “We know that these kids will have a much brighter future if they are ready to learn once they enter school, and Jaime has enabled us to do that work.” 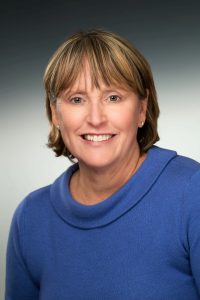 The Humanitarian Service Award will be given to Ann Rooney, Onondaga County Deputy County Executive for Human Services, in recognition of her service to the most vulnerable members of Onondaga County.

“Ann has had a distinguished career in public service,” Melara pointed out. “She’s one of those people who has done a ton of work behind the scenes. Her work is really focused on making sure the vulnerable members of our community get the help they need.”

One example Melara cited occurred in the early days of the pandemic. “She almost single-handedly arranged for vaccination clinics in some of the poorest neighborhoods in our community to ensure that underserved populations had access to the vaccine.”

In her county-government role, Rooney is responsible for directing, advising and coordinating policy for managers and employees in a number of social-service departments.

The House of Providence Awards is the largest fundraiser for Catholic Charities of Onondaga County. All proceeds raised go toward Catholic Charities’ programs, supporting more than 40 initiatives, serving nearly 19,000 individuals in our community. Program services include the men’s homeless shelter, food pantries, services for families and the elderly, development and educational services, and refugee resettlement.