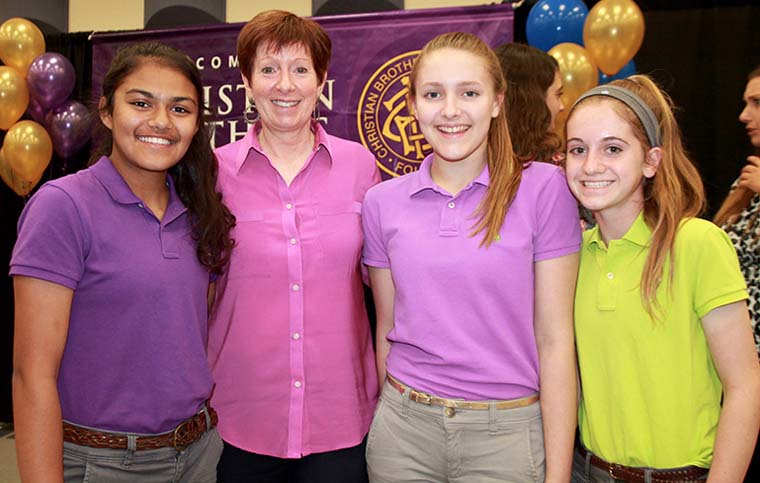 “The purpose of the discussion was to empower young females to become confident and strong women,” Principal Matt Keough said. “At CBA, we strive to create an environment where female students are empowered to be the best versions of themselves and to support each other in that effort. Coach McGraw is an exceptional role model and advocate for gender equality.”

She was in town to speak at the Notre Dame Alumni Club of Central New York annual fundraiser.

Keough contacted CBA alumni who currently attend Notre Dame along with graduates of the school who have a CBA connection to serve on the panel.

Students asked a number of questions that both McGraw and the panel answered, including what the coach looks for when she recruits a basketball player to her Top 20 program.

“I’m looking first and foremost for someone who is tops in academics,” McGraw said. “I look at how they are engaged during a game, what their chemistry is with other players on the team. I’m not looking for the top scorers, but more so leaders on the court, on the bench. Their facial expressions when a coach or ref yells at them, when they miss a shot or lose a game. I don’t care how many points you score. Are you a leader? Are you a team player? Those are all important to me.”

McGraw told the girls that playing sports teaches them important things  they need to know in life: “Work ethic, collaboration, unselfishness, teamwork. That’s what it’s all about.”