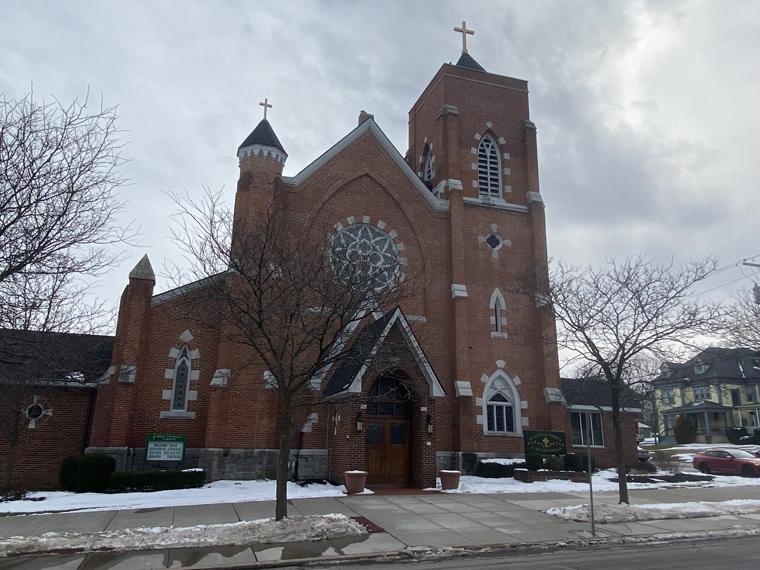 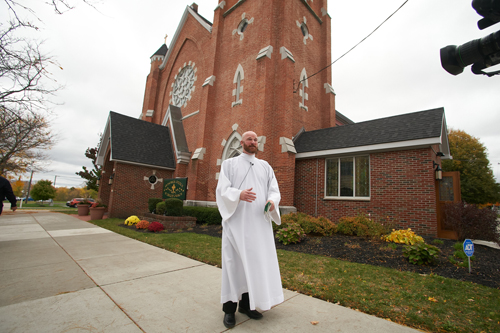 What is celebrated throughout CNY with hoolies and toasts, and with grand parades in the diocesan cities of Binghamton, Syracuse and Utica, started out in a much more reverent fashion. For over 1,000 years, the people of Ireland observed Saint Patrick’s Day as a religious holiday. March 17, the traditional day of his death, was a relatively somber occasion spent in prayer—much different from the boisterous festivities of today’s celebrations.

St. Patrick was born in Roman Britain but was kidnapped and brought to Ireland as a slave at age 16. After six years in captivity, he escaped and returned to Britain. His mission was to help the people of Ireland know Christ. While he was never canonized as a saint, he is known as the patron saint of Ireland.

The first St. Patrick’s Day parade took place in America in March 1601 in what is now St. Augustine, Florida. Over a century later, homesick Irish soldiers serving in the English military marched in Boston in 1737 and then in New York City on March 17. These days, more than 100 parades take place across the country each year.

Gary Spath, a parishioner at St. Patrick’s Church, has lived on Syracuse’s Tipperary Hill for 82 years. He graduated from St. Patrick’s elementary and high schools.

As a lifetime resident of Tipperary Hill, Spath reflected on what St. Patrick’s Day means to him. “The day is about celebrating the immigration of the Irish to America,” he said. “The Irish made significant contributions to America. The Erie Canal was chiefly built by Irish immigrants.” Spath said the Irish settled their families along the bank of the Erie Canal and on Tipperary Hill leading to the establishment of St. Patrick’s Church on July 31, 1870.

The day begins with a Mass at St. Patrick’s Church. “There has been a noon Mass at St. Patrick’s Church for quite some time,” explained pastor Father Kevin Maloney. “In years past we have filled the church with more than 400 people in attendance.” Father Maloney explained that when the Irish immigrated to America in the 1850s, they were poor and didn’t have much in the way of personal possessions. What they did have was their strong Catholic faith that carried them through their voyage and the beginning of a new life in America.

While thousands of people in Syracuse take part in the annual parade, anticipate green beer delivery day at Coleman’s Irish Pub, and join friends and family to raise a glass in celebration, St. Patrick’s Day is much more than green beer and revelry. “It’s a time to reflect and honor St. Patrick by remembering the sacrifices the Irish immigrants made and celebrating our faith,” explainedFather Maloney.

Marilyn Costello McNamara’s family has lived on Tipperary Hill since the early 1900s when her great-grandfather Patrick O’Meara and his wife, Margaret (Ryan) O’Meara, immigrated to Tipperary Hill. Patrick was one of 12 children and lived in one of the many two-story homes in the area. His oldest child, Anna Mae, explained to Marilyn at a young age how important it was for the Irish to celebrate St. Patrick. “St. Patrick gave us our faith and it was important to honor our cultural and religious heritage by attending Mass,” she said.

“Growing up on Tipperary Hill was wonderful because my beloved extended family—great-grandpa, grandparents, aunts, uncles and cousins—were all within walking distance,” said McNamara.

The residents of Tipperary Hill are a melting pot of nationalities and ethnic backgrounds. McNamara said her neighbors were Native American, Polish and Italian. There were also many Ukrainian families in the neighborhood. Her grandparents, who were of Irish, Sicilian and Polish descent, were practicing Catholics with a deep-rooted faith and taught her that despite the struggles and hard times, Christ was always present. “Believing in God is like breathing,” her grandmother said. “You cannot live your life without him.”

Each St. Patrick’s Day, the Tipperary Hill Association holds an Irish flag-raising at the memorial park where the traffic light is green at the top. This year Spath said they will be paying special tribute to their Ukrainian neighbors from St. John the Baptist Ukrainian Catholic Church that is located just down the street. “We will be praying for all of the people of the Ukraine,” he said.

“In a world where there are so many people fleeing for their lives in search of peace and freedom, we would do well to take a page from Irish history and welcome strangers within our midst as the Irish did for St. Patrick,” said Father Maloney.

The Irish are such welcoming and hospitable folk, he added. “They are known for their humor and great faith. That humor has helped us throughout the centuries to not take ourselves too seriously and has helped us get through difficult times.”

Father Maloney said the Irish recognize the importance of the feast day and remember the reason for it. “We strive to emulate St. Patrick’s deep faith as we recognize Christ within us, Christ behind us, Christ before us and Christ beside us.”