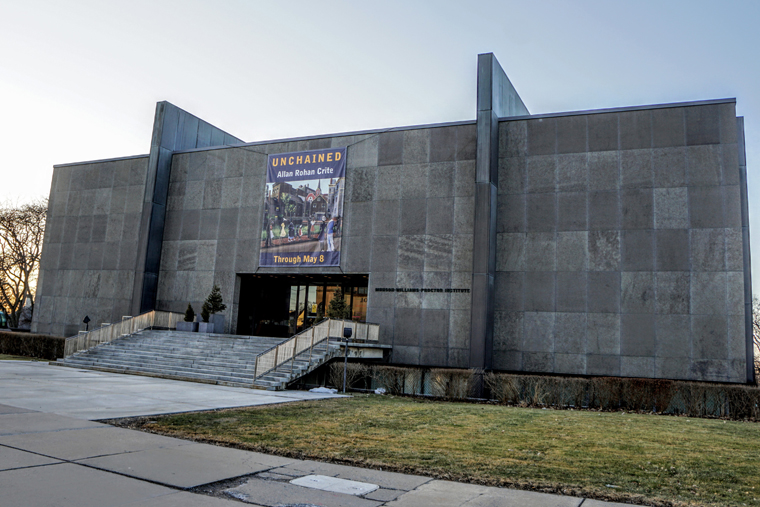 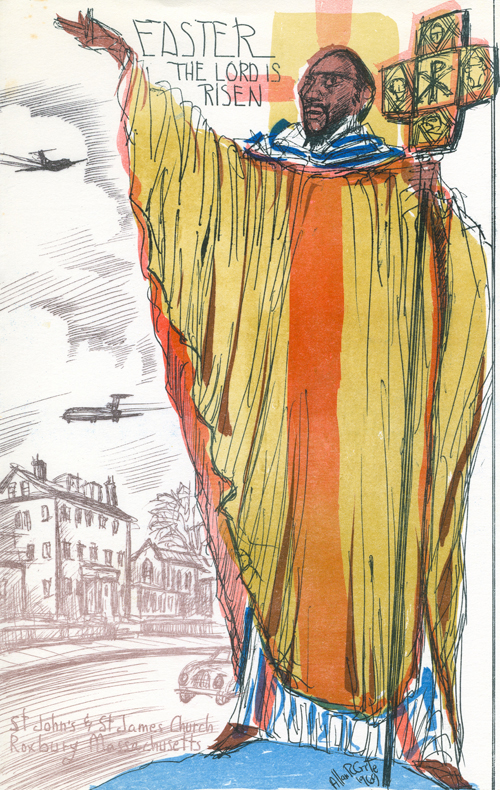 An exhibit in Utica displays the spirituality of an artist whom the Boston Globe has called “the dean of black artists in New England.”

“Unchained: Allan Rohan Crite, Spirituality and Black Activism,” is on view till May 8 at the Munson-Williams-Proctor Museum of Art on Genesee Street.

The museum says the exhibit explores the “spiritual art of Allan Rohan Crite (1910–2007), reflecting the African American quest for racial justice in the years leading up to the Civil Rights Movement. The exhibition brings together more than 60 of the artist’s paintings, watercolors and works on paper which reveal the connections between Crite’s art and faith.”

Included are two complete sets of the artist’s depictions of the “Stations of the Cross.”

“The Stations,” a staple of the Roman Catholic observation of the Lenten season, are also part and parcel of the Episcopalian Lent, varying only in the Episcopal title “The Way of the Cross.” Crite is described as a “devout Episcopalian.” His depictions of the “Stations” do not present any challenges to Catholics. 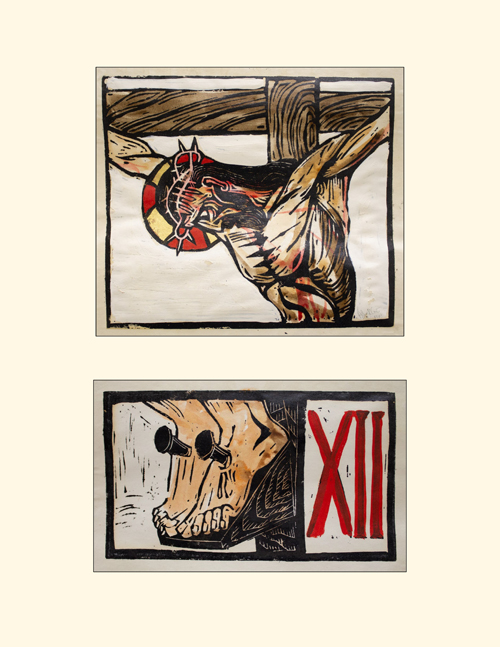 The two sets of Crite’s “Stations,” all featuring black people, are given special emphasis in the exhibit. The 1935 works, which Crite made with black ink on white paper, hang in sequence in a long room shared with an audio of spiritual songs.

Mary E. Murray, curator of modern and contemporary art, notes that Crite elected to use black ink on white paper, and a representational approach, to show the brutality against Jesus. She said: “He uses several devices to include us in the scene. Many of the scene participants are depicted with their backs toward us, giving the viewer the impression that they are arriving on the scene.”

In a separate and more intimate space hangs Crite’s 1947 depiction of the Stations of the Cross. The room is furnished with a settee, an invitation to visitors to contemplate the works and their meaning. These are in color. Unlike the black and white 1935 versions, they are not broad scenes similar to wide-angle photojournalistic scenes. Crite reduces the number of people depicted down to the principals: Jesus and His Mother in a touching and emotional depiction; Jesus and a stern Pilate; Simon of Cyrene’s pained facial expression as he accepts the cross from Jesus; the faces of the wailing women of Jerusalem as Jesus speaks to them. Curator Murray notes that Crite’s use of silver, brass and gold gilding in the 1947 “Stations” gives them an “otherworldly character.”

The 1947 works also have an unusual second depiction below the main illustration. Each of the 14 “Stations” shows the artist’s concept of what Jesus’ feet would have looked like at this particular juncture of his passage from condemnation to cross. Illustrations run from his feet straight forward at the condemnation, to collapse at each fall, then nail-punctured and complete collapse at the end. 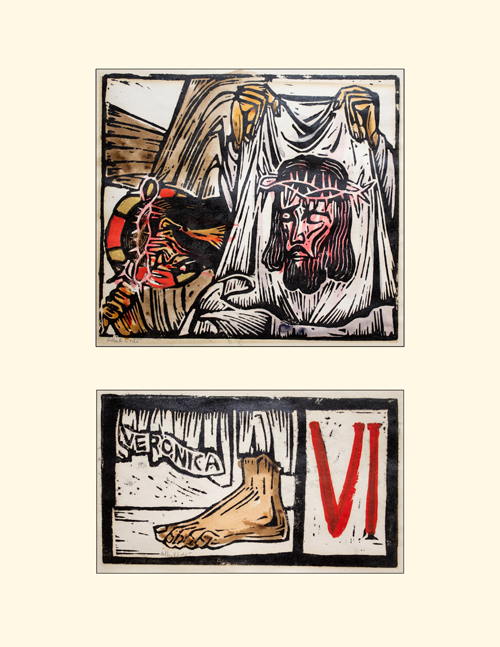 Scores of other Crite pieces grace the exhibition. All contain a spiritual aspect even when depicting the everyday life of Crite’s neighbors in Boston. Crite aimed to show his people as regular folks doing regular things using spirituality and religion as a bridge of commonality between the depicted and the viewer.

Curator Murray commented that Crite was not well known outside of his native Boston. One of the purposes of the exhibit was to broaden his influence.

According to Joe Schmidt, public relations and advertising manager of Munson-Williams-Proctor Institute, while developing the exhibition, Munson-Williams-Proctor Museum staff sought insight and counsel from the institute’s African American Community Partners, a group made up of local civic and business leaders, students, college professors and musicians, to advise on developing genuine engagement with Utica’s African American community.