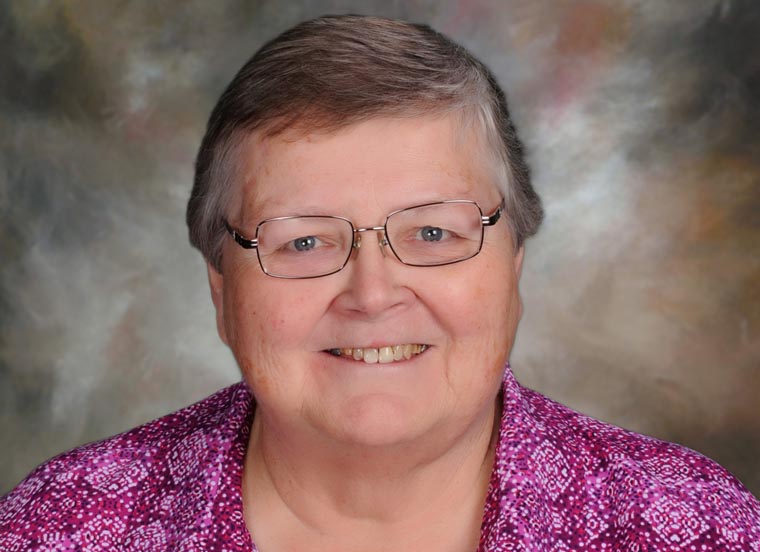 For Sister Anna Mae Collins, CSJ, her path was clear: “I always wanted to be a teacher,” she recalled.

Over more than four decades, Sister Anna Mae’s path brought her from teaching in a classroom in the Southern Tier to serving as a principal in the Mohawk Valley. At the end of this month, that path will lead her to retirement.

But after years of dedicated ministry in Catholic education, Sister Anna Mae’s path won’t end there: She’s going to stay connected to the community at Utica’s Notre Dame Jr./Sr. High School, where she’s served as principal for 12 years, and  she’s looking forward to helping out wherever she’s needed, she said.

“I knew it was time for me to retire from the administration, but it was really not time for me to totally leave education. I couldn’t do that,” she said.

Sister Anna Mae got her start in education when she was still a student herself. “When I was in school, I tutored younger kids,” she told the Sun in a recent phone interview. She enjoyed working with the students and knew that’s what she wanted to do, she said.

Sister Anna Mae entered the Sisters of St. Joseph of Carondelet and pursued a career in education, earning a bachelor’s degree in education and social studies. She taught at St. James School in Johnson City for two years and St. Mary’s School in Clinton for five years before her community asked her to consider pursuing her master’s in administration.

Sister Anna Mae went on to serve as principal of St. John the Evangelist School in New Hartford for five years, principal of Notre Dame Junior High North for two years, and assistant principal at Notre Dame Jr./Sr. High School for 16 years before being appointed principal in 2005.

“I’ve enjoyed all of it,” Sister Anna Mae said. As with any job, there were tough things along with great things, but “this ministry has really been a blessing in my life,” she said.

Sister Anna Mae has seen much change in her time in education. She counts the impact of social media as the biggest change, especially at the high school level.

“It’s tough at times to get students to understand that hitting ‘send’ before you really think is not a good thing,” she said.

Of course, advances in technology have had a tremendously positive impact on the school as well, she said, noting that the school has been blessed by donors who have given funds that provided for new laptops, Chromebooks, and wireless internet.

Construction of the center was funded through a capital campaign launched in 2013. The “best blessing” the school received during the campaign was the Good News Foundation’s $4 million matching grant, Sister Anna Mae explained. Over the past four years, the school has met the challenge, she said, with the first $4 million raised paying for the center and the remaining $4 million going into an endowment fund for tuition support.

Come September, the state-of-the-art facility — complete with stage and basketball court — will be home to the school’s flourishing music, drama, and athletics programs. Sister Anna Mae is proud to see the building complete and ready for students to use.

She’s also proud of Notre Dame’s growing international students program. Going into its fourth year, the program has brought students from China, Vietnam, Egypt, Ghana, Germany, and Spain to study at Notre Dame. Seven of those students have graduated and gone on to study at the schools of their choice in the U.S., Sister Anna Mae said, and the program allows all students to experience new cultures.

Students are the highlights of Sister Anna Mae’s years in Catholic education; her fondest memory is “the joy of watching our students succeed,” she said.

As she looks to the end of her time as principal, Sister Anna Mae offers words of gratitude: “I thank the Notre Dame community, the diocesan school office, and parishes of the area for all their support,” she said.

Jim Jones has known Sister Anna Mae for more than 30 years, and he offers his thanks for her support in that time.

“Her support and her loyalty are second to none,” he said.

Jones first met Sister Anna Mae when he was coaching at Notre Dame. Later, his two daughters were students at the school. Since 2009, he’s been a member of the Notre Dame staff, currently serving as the Director of Enrollment. As a colleague, a parent, and an administrator, Jones got to see many different sides of Sister Anna Mae, he said, and in every case she put Notre Dame’s children and families first and foremost.

“She never lost that focus on what we are, who we are, why we were founded, and how important our mission is to this community,” Jones said.