Father Cerwonka honored at Broome Mass for 60 years of service 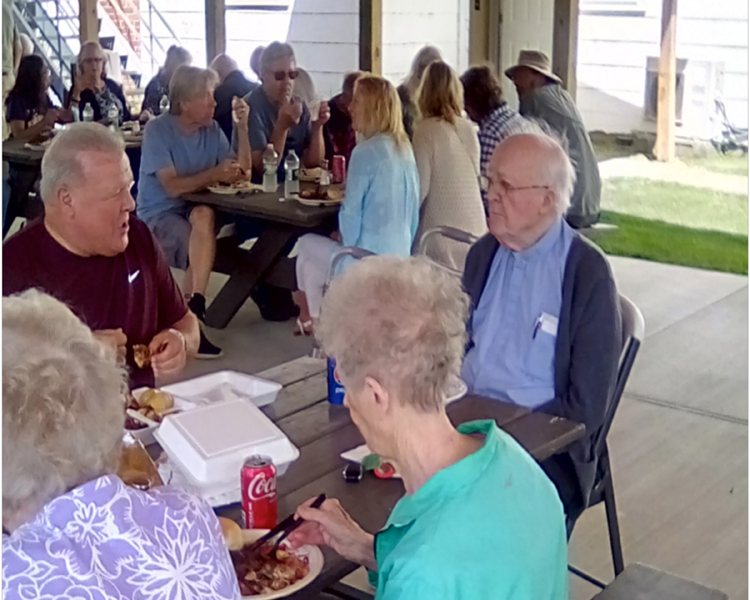 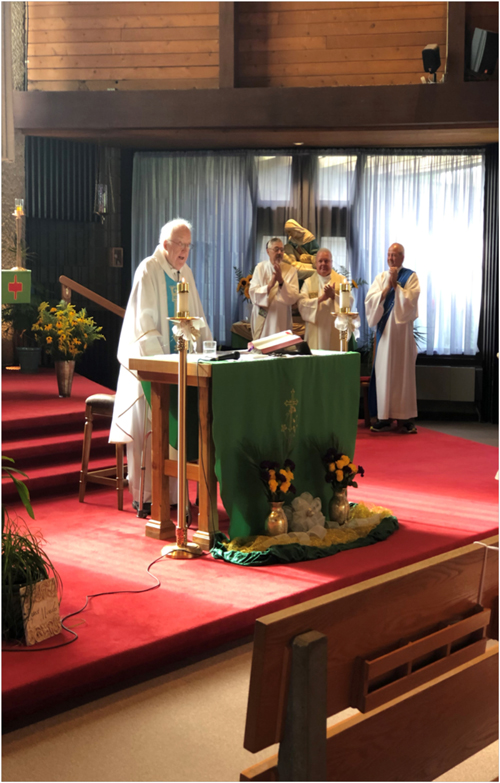 Father Clarence J. Cerwonka, Pastor Emeritus at Most Holy Rosary Church in Maine, Broome County, was surprised at Sunday Mass Aug. 15 when he learned the Mass intention was for him, honoring his 60 years of service as a priest.

Processing in to “Immaculate Mary” for the Solemnity of the Assumption of the Blessed Virgin Mary were the Knights of Columbus, Deacons Gary DiLallo and Jim Tokos, Altar Server Zach Raeder, Lector Mickey Raeder and current Pastor Father Clarence Rumble.

In his opening remarks, Father Cerwonka was overwhelmed: “I really don’t know what to say. It’s all the deacon’s fault” (pointing). Yes, anyways, thanks for coming and we’ll have a blast.”

Father Rumble said to Father Cerwonka, “You have experienced many things. Certainly a changing world and definitely a changing church. Throughout it all you have led the people here with love, holiness, integrity and certainly much humor.”

Longtime parishioner Doris Rovente said Father Cerwonka has inspired and led by example: “He has shown how to be Jesus to others. We have been blessed to have him as our pastor.”

Shortly after Mass a chicken barbecue was attended by over 130 parishioners, family and friends.

This was a fitting tribute for a man dedicated to serving God. At 92 he keeps going and going. We don’t want him to stop.