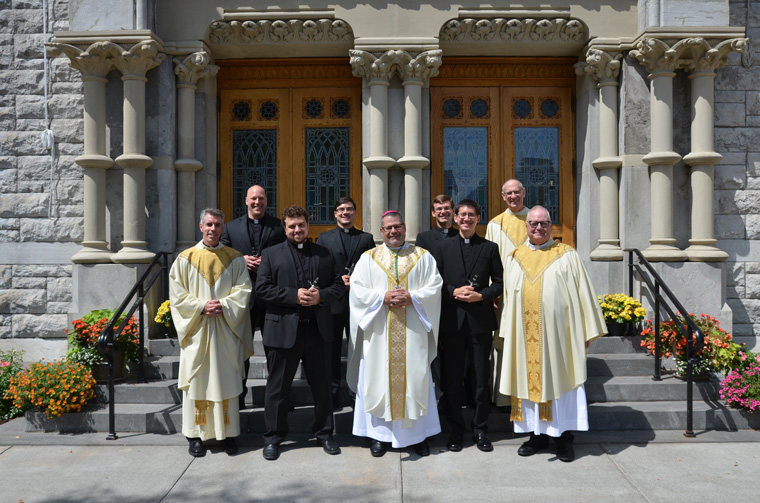 Five Jesuit novices professed their vows of poverty, chastity and obedience Aug. 14 at the Cathedral of the Immaculate Conception in Syracuse.

Philosophy studies are followed by two or three years of full-time ministry at a Jesuit workplace (school/parish/other).