Forming shepherds for tomorrow: How diocesan seminarians are selected, formed for the priesthood 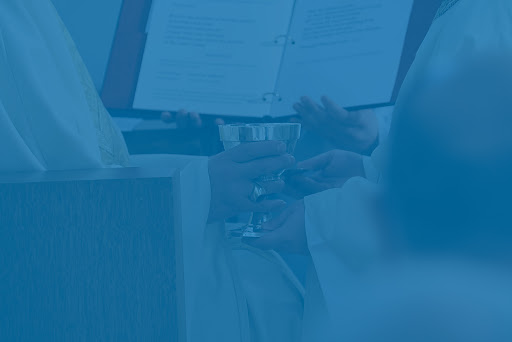 Editor’s note: Father John Manno, pastor of Holy Family Church in Syracuse, is the director of the Office of Seminarian Formation. Here, Father Manno offers a look at the process of application and formation for seminarians in the diocese.

What does the Office of Seminarian Formation do?

The office works in conjunction with the Office of Vocation Promotion and the Bishop’s Office to ensure that men studying for the priesthood in the Diocese of Syracuse are adequately equipped and formed to be faithful, holy priests.

The Office of Seminarian Formation serves a liaison between the Diocese of Syracuse, the seminarians, and the seminaries used by the diocese to educate men for the priesthood: Cathedral Seminary House of Formation in Douglaston, N.Y.; St. Mary’s Seminary & University in Baltimore, Md.; Pope St. John XXIII Seminary in Weston, Mass.; and Theological College in Washington, D.C.

How does a man become a seminarian for the diocese?

Once a man presents himself as a candidate for priestly formation there is a process that he goes through to be accepted by the diocese and the seminary.

First is an interview with the Director of Seminary Formation. This is an opportunity for me to find out about the candidate. I ask him to tell me about himself and share a little of his life journey to that point. I ask if there are any priests or people who have been an example of influence on their journey. I ask him to tell me why he wants to be a priest and what that means to him.

Next, the candidate begins the application process:

• He completes an extensive and thorough psychological assessment as prescribed by the U.S. Conference of Catholic Bishops. At the end of the extensive testing, a report of 10 to 20 pages is presented, which gives an overall understanding of the candidate’s human development, maturity, family life, relationships, intellectual ability, and spiritual journey, and it shares with us some areas for growth for the candidate to work on and continue to grow.

• He provides four letters of recommendation from pastors, teachers, friends, or parishioners.

• He writes a Statement on the Priesthood, reflecting on what he understand the priesthood to be.

• He has interviews with at least two members of the Seminary Review Committee. The current Seminary Review Committee is composed of Bishop Robert J. Cunningham; Msgr. Timothy Elmer, Vicar General; Msgr. Richard Kopp, Vicar for Priests; Danielle Cummings, Chancellor; Sister Laura Bufano, CSJ, Director of Pastoral Leadership; Father Joe O’Connor, diocesan Vocation Promoter; Father John Kurgan, pastor of Holy Cross in DeWitt; Father Daniel Caruso, pastor of Our Lady of Pompei-St. Peter and St. John the Baptist-Holy Trinity in Syracuse; and me. Issues such as a lack of maturity or understanding of the priesthood, unresolved issues in his past, or a sense that the candidate may not be open to growth or change might keep him from being accepted.

The Seminary Review Committee then studies the complete application and a recommendation is made to the bishop to accept or decline the candidate. If the candidate is accepted, a determination is made on where to send him for seminary formation.

Since I began in this role in July 2017, we have not had to decline a candidate who has gone through the application process. On average, there are two to three applicants a year.

What does seminarian formation entail?

The diocese, working with the seminaries, follows the Program for Priestly Formation of the U.S. Conference of Catholic Bishops. The program helps the seminarian to be formed by way of the “four pillars of priestly formation”: human, intellectual, pastoral, and spiritual formation. These four pillars are drawn from “Pastores Dabo Vobis” (I Will Give You Shepherds) by St. John Paul II.

• Formation activities that focus on the four pillars

• Regular meetings with their mentor/spiritual director

• Two yearly meetings with the bishop

• Complete access to the Director of Seminary Formation and the bishop for any needs, concerns, worries, etc.  There is a constant line of communication with the seminarians.

• A yearly retreat in the diocese.

Once the appropriate studies are completed, and upon the recommendation of the seminary faculty and the approval of the bishop, a seminarian is ordained a first transitional deacon and then a priest.

We have a good group of seminarians. They are men of faith and men of prayer. I see it in them and sense it when we communicate. They really want to do all they can so they can serve the diocese as good, faithful, holy priests. They always ask, “How is everything in the diocese?” It tells me that they keep our diocesan church close to their hearts and they pray for all of us in the diocese each day.