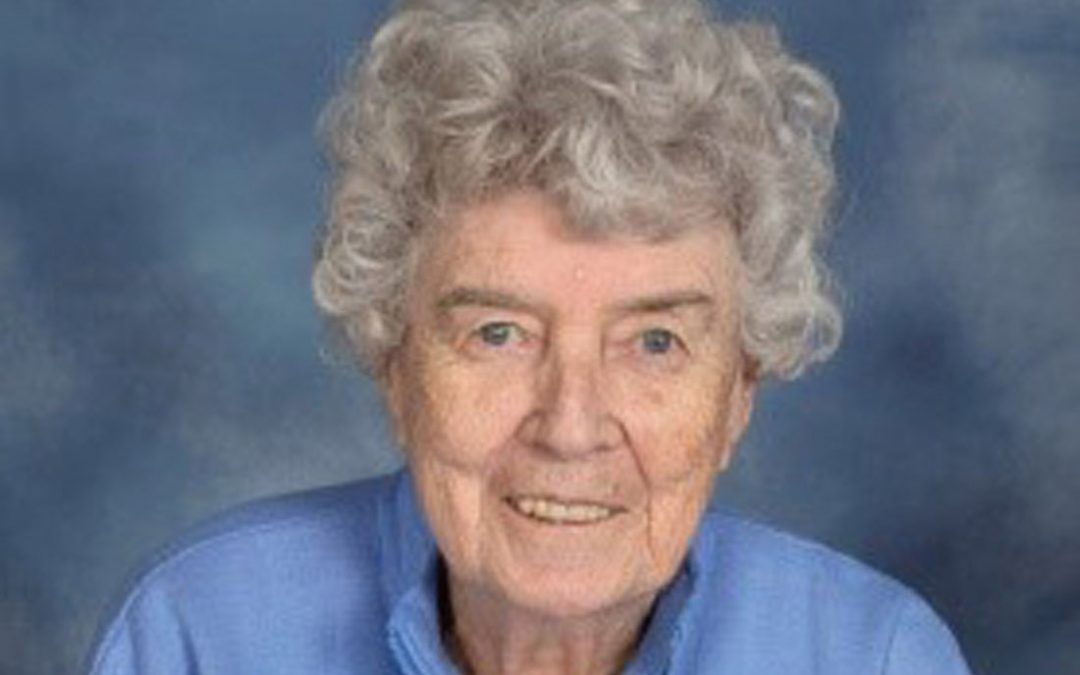 Sister Helene Courtney, CSJ, 86, died on May 1 at St. Joseph’s Provincial House in Latham, N.Y. She had been a Sister of St. Joseph for 67 years.

For the first 15 years of her ministry Sister Helene taught in several schools of the Albany and Syracuse dioceses. She enjoyed her assignments and was frequently asked to teach a different grade in each new school. These changes presented a challenge but Sister Helene showed her resourcefulness.

In 1972 Sister Helene moved into what became her love: pastoral ministry and outreach to the homebound. She served in these capacities in Syracuse, Albany, and Utica.

Janet Catherine Courtney was born in Rome, N.Y., daughter of Daniel and Mary Blake Courtney. She attended St. Aloysius Academy and Academy of the Holy Names in Rome, graduating in 1953. She then entered the Sisters of St. Joseph; Joyce, her older sister, entered the community on the same day. They were received as novices on March 19, 1954. Janet received the name Sister Helene; Joyce became Sister Celine. Both sisters professed first vows in 1956 and final vows in 1961.

Sister Helene completed both her B.A. and M.S. degrees at The College of Saint Rose. An enthusiastic learner, she also registered for workshops and seminars whenever these were available.

Sister Helene was a quiet person, a gentle observer. She was happy to be part of a group, whether community or family, but as a peaceful onlooker. She had a low-key sense of humor and enjoyed incisive wit in her unique way. She was thoughtful and observant, remembering birthdays of sisters and staff and noting other events with greetings or cards. As a patient on the provincial house infirmary floor, Sister was grateful for every kindness and remembered the names of all the staff.

The prayer life of the religious community was a treasure for Sister Helene; she cherished her yearly retreat and times of reflection. She also delighted in summer outings and times for relaxation. An excellent swimmer, she was happy to take advantage of any opportunity to go to camps or other venues. When it came to swimming, one of her friends described her as “first one in, last one out.”

Sister Helene was a patient at the Provincial House only briefly before God called her to eternal joy. In addition to her parents, Sister was predeceased by her brothers, James and John. She is survived by her sister, Sister Celine; a niece, Colleen Courtney; a nephew, Sean Courtney; and several cousins in Rome, N.Y.

Sister Helene, a quiet listener, will be missed by the Sisters of St. Joseph, who give thanks for the lasting peace she now enjoys. Due to continued health concerns regarding the coronavirus pandemic there will be no public visitation or funeral services for Sister Helene at this time. A memorial Mass will be scheduled at a later date. Please visit www.mcloughlinmason.com.