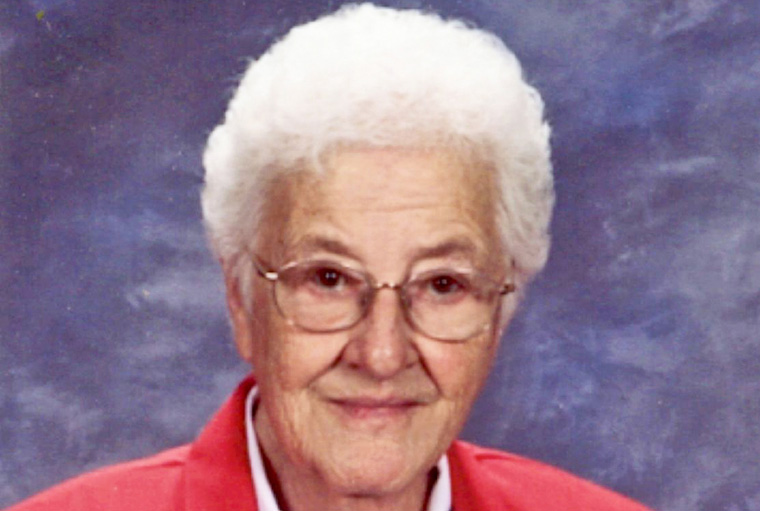 Sister Joan was born in Bennington, Vt., on October 8, 1925, daughter of the late Peter Apostolos and Veronica Baker Geannelis. She graduated from Bennington High School and attended The College of Saint Rose. On March 19, 1949, Sister Joan entered the novitiate of the Sisters of St. Joseph in Troy; she professed final vows on Aug. 15, 1956.

Sister Joan received a bachelor’s degree in education from The College of Saint Rose and a master’s degree in student personnel from Indiana University in Bloomington. For 12 years, she taught in high schools in the Albany and Syracuse dioceses, including six years at St. John the Baptist High School, Syracuse.

After her ministry in secondary education, Sister Joan began a 27-year tenure at The College of Saint Rose where she was director of development, dean of students, and administrative assistant in the Business and Financial Aid Offices. Sister Joan also served the Sisters of St. Joseph as director of development, driver, and coordinator of transportation, and staff member in the Communications Office.
Sister Joan was a dedicated, prayerful woman who liked to balance her contemplative side with an optimal round of golf and a hearty, guilt-inducing meal. Her skill on the clarinet, honed by childhood lessons and years as a member of both the Vermont Youth Orchestra and the Albany-Area Senior Orchestra, brought great joy to Sister Joan and a rare treat to her listeners.

She loved to drive and was both an eager traveler and a generous chauffeur; an afternoon trip to Vermont was marked by the exchange of interesting, often witty conversation and only an occasional moment of mild road rage! Sister Joan would say that she received her passion for living and her appetite from her Greek legacy and her love of snow and winter sports from her Scandinavian heritage. From wherever her gifts came, Sister Joan was an engaging, delightful, faith-filled woman, and she will be dearly missed.

Sister Joan’s Mass of Christian Burial was held in the chapel of the Provincial House on Feb. 6. Donations in Sister Joan’s memory may be made to the Development Office, Sisters of St. Joseph, 385 Watervliet Shaker Road, Latham, N.Y., 12110.