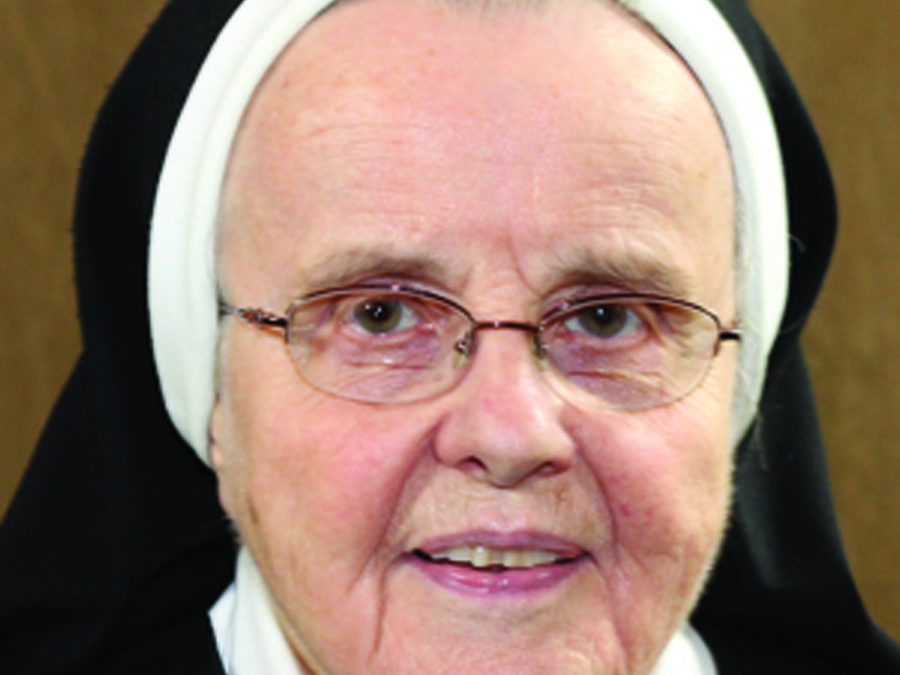 Sister Christopher (Patricia Rose) Dixon came from Vienna, a small town not far from Syracuse. She joined the Sisters of St. Francis and began a ministry in healthcare that would take her to hospitals and adult day care centers throughout central New York and to Kalaupapa, Molokai.

Sister Christopher graduated from St. Elizabeth School of Nursing in Utica in 1950. She served at the hospital as staff nurse in the operating room, medical-surgical unit, and emergency room. She transferred to St. Francis Hospital in Honolulu and spent three years in general nursing. From there, she was missioned to Bishop Home Hospital on Kalaupapa.

When she returned to the mainland seven years later, Sister Christopher entered St. Joseph’s College in Maryland where she earned a bachelor’s degree in nursing. She went on to Catholic University to receive her master’s degree. She was sent to St. Joseph Hospital in Syracuse, where over the years she held positions as a supervisor and instructor and in administration. In 1977, Sister Christopher took a position with the Onondaga County Health Department and for 11 years served as a public health nurse and public health supervisor.

In 1988, Sister Christopher began the ministry that she said was her most satisfying: administrator for St. Francis Social Adult Day Care Center. There she developed programs for the frail, functionally impaired, and elderly.

Sister Christopher will be remembered for her tireless efforts on behalf of the sick and elderly, her love of God and her community, and her true Franciscan spirit.

A Mass of Christian Burial was celebrated April 22 with interment to follow in Assumption Cemetery. In lieu of flowers, donations may be made to the Sisters of St. Francis of the Neumann Communities, Mission Advancement Office, 6900 Buckley Road, Syracuse, N.Y. 13212.