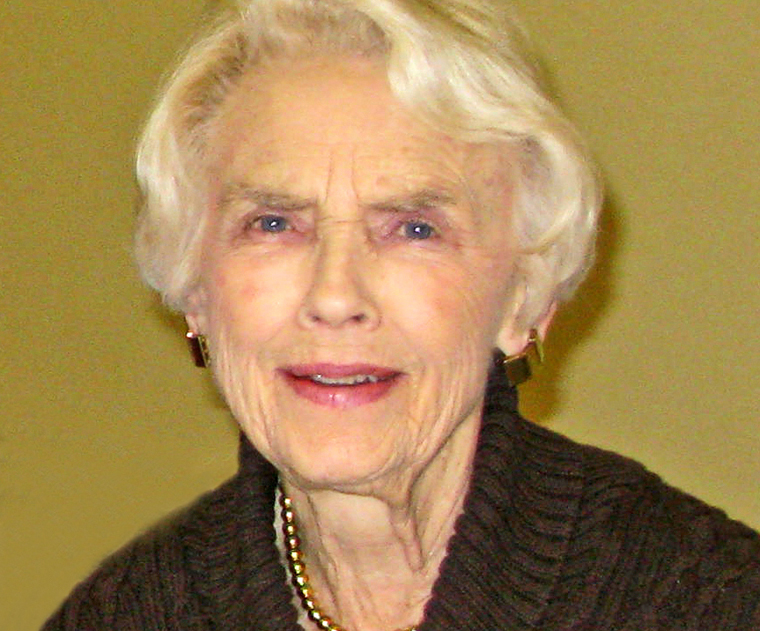 Sister Rose, the former Maryrose Winifred Smith, was born on May 1, 1928, in Albany, daughter of the late Edward J. and Ursula Casey Smith. After graduating from Vincentian Institute, she attended The College of Saint Rose, receiving a bachelor’s degree in commerce in 1950.

With degree in hand, Sister Rose ventured to Washington, D.C., where she worked for three years as executive secretary for the National Federation of Catholic College Students. On March 19, 1954, Sister Rose entered the novitiate of the Sisters of St. Joseph in Troy; she professed final vows on Aug. 15, 1961.

Sister Rose received a master’s degree in business education from The Catholic University of America and a second master’s degree in reading from The College of Saint Rose. She began her ministry as a Sister of St. Joseph by teaching business subjects in high schools of the Albany and Syracuse dioceses. In the Syracuse Diocese, she taught at St. Patrick’s High School, Binghamton, and Rome Catholic High School where she was also the vice principal. In addition, Sister Rose was a regional superior for the Albany Province of the Sisters of St. Joseph. In 1974, Sister Rose began her 36-year career at The College of Saint Rose where she served as administrative assistant to the president and as assistant to the president for special projects.

Sister Rose Regina’s devotion to The College of Saint Rose was almost innately transmitted. Her aunt, Sister Rita Agnes Casey, CSJ, was one of the founders of the college and her mother, Ursula Casey Smith, was a member of the first graduating class. Sister Rose herself was a proud member of the Class of 1950, and her sisters, Anne and Ursula, followed her.

When Sister Rose entered the Sisters of St. Joseph, little did she know that nearly 40 of her years in ministry would be at the college. On May 11, 2008, at its 85th annual commencement, The College of Saint Rose bestowed the Carondelet Medal, its highest honor, on Sister Rose Regina for her extraordinary service to Saint Rose and the world community.

Whether Sister Rose Regina was in the classroom, in a board room or office, or at home with her sisters in community, she was a gracious woman with a sense of composure and an inner joy and vitality. Her conviction in abiding principles of life and conduct was unmatched except by her steadfast trust in God and her unfailing devotion to prayer. Her dignified grace in appearance and movement suggested a strength far deeper than what met the eye. Wherever Sister Rose was, she carried the mission, vision, and spirit of the first Sisters of St. Joseph with her characteristic passion, energy, and tenacity, balanced by a great kindness of spirit.

Sister Rose is survived by her beloved brother and sister John P. Smith of Loudonville and Ursula R. McKegney of Baton Rouge, La.; by several nieces and nephews and their families; by many dear friends; and by the Sisters of St. Joseph who will miss her dearly. In addition to her parents, Sister Rose was predeceased by her brothers Joseph and Edward Smith and by her sister Anne Smith Maloy.

Sister Rose Regina’s Mass of Christian Burial was held July 30 in the chapel of the Provincial House. Donations in Sister Rose’s memory may be made to the Development Office, Sisters of St. Joseph, 385 Watervliet Shaker Road, Latham, N.Y., 12110.