Old friends from Utica reconnect, in solace and generosity 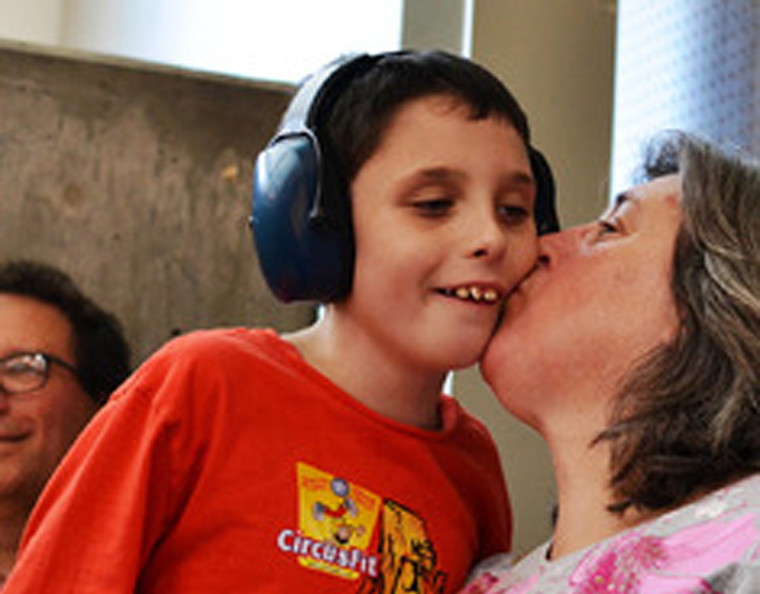 A son dies, and a sizable donation  goes out in his name

The Catholic Sun has helped to pass along a “priceless gift” wrapped up in memories of Utica, and the benefits extend to Arizona, Rhode Island, and all the way to South Sudan.

Rhode Island resident Maryanne (Panaro) Grady, formerly a parishioner at St. Anthony of Padua Church in East Utica, wrote recently to say that an old friend from those days, Diedra (Burghard) Freedman, had just lost her 19-year-old son who had suffered with multiple illnesses.

“Is there any way for you to reach out to Father Mike [Bassano] and ask him to reach out to her?” Grady asked the Sun. “I know it would be something that would help her healing process.”

Father Bassano’s first parish assignment was at St. Anthony’s (1975-1977), where Freedman was one of his, in Grady’s words, “CYO prodigies. [She] speaks of him so often that you’d think he was her brother. He left that great of an impression on her.”

It had been several years since Freedman and Father Bassano had corresponded. So the Sun contacted Father Bassano, a Binghamton native who had left the Diocese of Syracuse  to serve as a Maryknoller in Chile, Thailand, Tanzania, and, steadily since 2014, South Sudan. People he knows in Central New York and the Southern Tier still follow his ministry on the other side of the world. 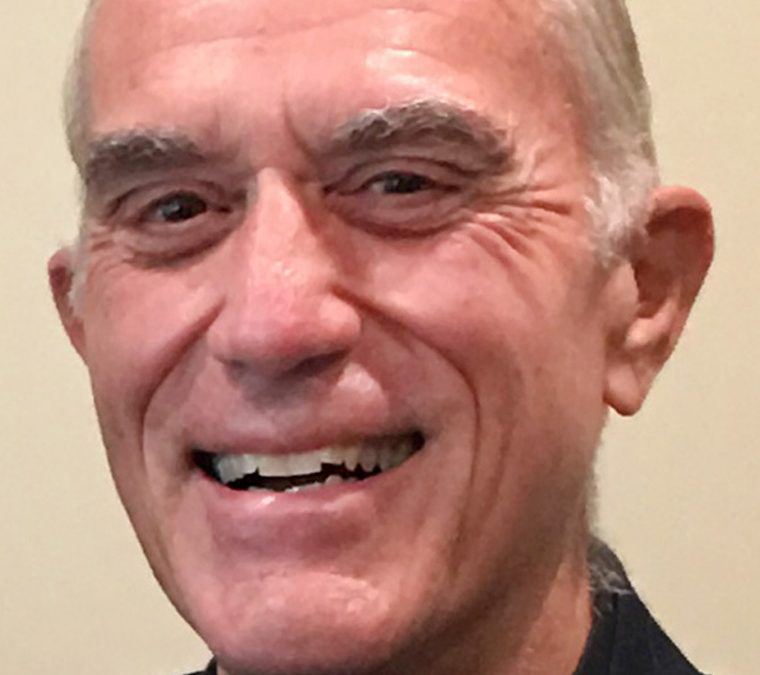 Father Michael Bassano called from South Sudan to offer condolences to Diedra (Burghard) Freedman, who was in his parish when he ministered in Utica.

Father Bassano comforted Freedman, of Avondale, Ariz., over the phone about the loss of her son, Andrew Paul Freedman. Andy, according to the conclusion of a neurologist, should have been placed in the NICU at birth and, at best, shouldn’t have survived beyond his fifth birthday.

Freedman, with a background as a lawyer, wrote: “Please convey my thanks to [the Sun]. My hometown friend Maryanne Panaro contacted [the Sun] inquiring how she could contact Fr. Mike Bassano to let him know about … Andy. Speaking with Fr. Mike this morning remembering Andy’s life among us and celebrating Andy’s eternal life is a priceless gift. … Fr. Mike will be saying a memorial Mass for Andy not because Andy needs indulgences but in thanksgiving and celebration of Andy awaiting us with loving arms when it’s our turn to join him in eternity.”

“We give thanks to God for … those excellent articles in the Sun that help me to reconnect with people,” wrote Father Bassano from the area of Malakal where there is a UN Protection of Civilians (POC) camp for people who have been displaced by the civil war.

Freedman and Grady both follow Father Bassano’s ministry in the Sun, which reported last year on Father Bassano’s purchase, with partners, of a grinding mill so that people do not have to walk as many miles to grind their grains — sorghum and maize — into flour to feed their families.

“I asked Fr. Mike about the mill he was able to build and how the mill affected lives of the 20k+ people using it,” Freedman wrote. “He told me about how before the mill the women walked [an unfathomable distance] to get their sorghum milled risking theft, rape, physical violence, or death. Now the women walk 7-10 miles. I of course did the math and figured out it took less than 50 cents per person to substantially change lives. … 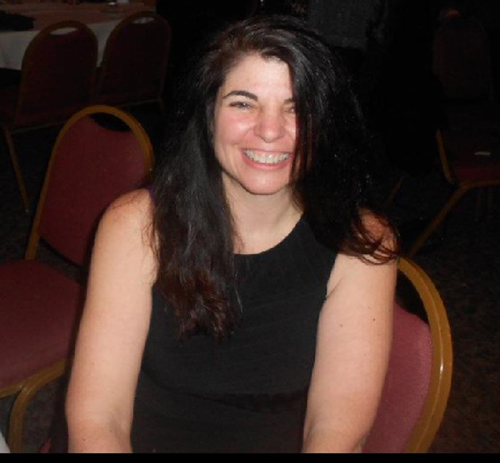 “After speaking with Fr. Mike, my husband Frank and I talked about sending Fr. Mike more than the $1,000 in Andy’s memory that we originally planned a few weeks before when we discussed making donations in Andy’s memory from Andy’s insurance money.

“Sending Fr. Mike the entire $10k from the [employee dependent life insurance plan] was Frank’s idea. Frank … is impressed that Fr. Mike can substantially change South Sudanese lives for less than 50 cents each. …

“It was Frank’s request that Fr. Mike call it Andy’s Mill. It is important to us that Andy’s love continues and that sharing Andy’s story continues to inspire others. Frank and I understand that we were privileged to have Andy with us for two decades and that sharing Andy’s love is our mission as we continue the rest of our journey together. It’s all about walking the talk as we live our Faith.”

‘All those years ago’

Of that phone call with Freedman, Father Bassano wrote:

“We spent over an hour talking of the time 45 years ago when Diedra was a member of our church youth group and how much her faith was strengthened in our meeting and knowing one another all those years ago.

“She told me that her faith helped her through what was to happen in her life and how she was to discover the love of God in her marriage to Frank Freedman and most especially in the birth of their son Andy.

“Andy was born with both physical and nerve disorders that left him unable to speak or move his arms or legs. But both Diedra and Frank loved him and saw him as a gift from God. They took care of him 24/7 carrying him, bathing him, feeding him, and letting him know how much he was loved and how they saw the love of God on him. He died very young. But Diedra mentioned on the phone that she still feels the love shining from him and within her heart.

“Diedra heard about the story of the grinding mill that we bought from donations from Catholic people in the USA from your article in the Sun and asked me a favor:

“She said that she and Frank had decided to donate the money from Andy’s insurance policy to buy another grinding mill for people in another village in our area who have need of grinding sorghum into food to eat. Their only request was that we name the grinding mill in memory of her son and so we shall call it: ‘Andy’s Mill.’

“Their second request was that we send some photos and a report of how the people are managing with their new grinding mill in the village.

“We ended our conversation on the phone giving thanks to God and truly amazed as Diedra said [about] ‘how the Holy Spirit works in mysterious ways’ in bringing us together through the love of her son Andy after all these years!!!”

“I know contact from Father Mike will bring her so much comfort,” Grady said of her friend Freedman.

She added: “When Father Mike left … for his first missionary experience, he was hopeful, dedicated, and ready to help. He expressed he knew he was going into a situation that was unknown. When he came back for a visit after his first service, there was a new enlightened Father Mike, but still, his kindness rang out.

“He has always been a man who cared. No matter what the situation. Over the years, we have heard of his good work and felt that his calling was changing the world. In recent years, I have heard interviews and read his writings and a new Father Mike is present. A man of calm, vision, a deeper warmth, and intellect in the ways help is to be secured and administered. His thoughts go beyond his immediate service but for greater service overall.”

His friends know Father Bassano’s thoughtfulness toward all.

“Fr. Mike told me about being unable to personally visit his parishioners [due to coronavirus-pandemic restrictions] and being limited to saying Mass over the radio once a week,” wrote Freedman. “However, he was able to bless the truck making the latest rice delivery. Of course he knew the driver and blessed him too.”