On Easter, Pope calls for hope, peace, care for poor 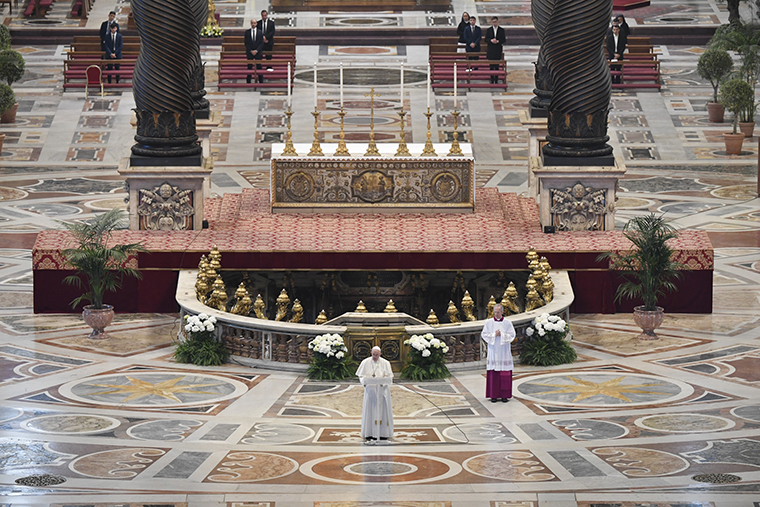 VATICAN CITY (CNS) — In an Easter celebration like no other, Pope Francis prayed that Christ, “who has already defeated death and opened for us the way to eternal salvation,” would “dispel the darkness of our suffering humanity and lead us into the light of his glorious day, a day that knows no end.”

The pope’s traditional Easter message before his blessing “urbi et orbi” (to the city and the world) still mentioned countries yearning for peace, migrants and refugees in need of a welcoming home, and the poor deserving of assistance.

But his Easter prayers April 12 were mostly in the context of the suffering and death caused by the coronavirus and the economic difficulties the pandemic already has triggered.

Millions followed on television, by radio, and by livestream as the Easter “Alleluia” was repeated and the Gospel account of the disciples finding the empty tomb was proclaimed both in Latin and in Greek.

In a clear sign of continuing prayers to God for the end of the pandemic, the sanctuary around the altar again was dominated by symbols of Romans’ faith in divine intervention: the icon “Salus Populi Romani” (health of the Roman people) and the “Miraculous Crucifix,” both of which were carried through the city centuries ago in times of plague.