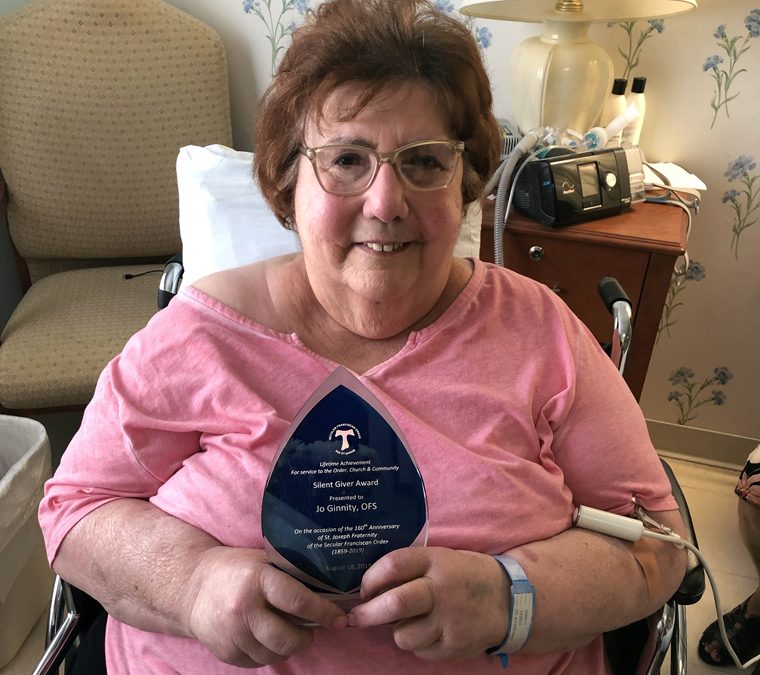 Four honored for serving people who are marginalized

UTICA — Utica’s St. Joseph–St Patrick’s parish gave birth to the local chapter of the St. Joseph Fraternity of the Secular Franciscan Order in 1859.

On Aug. 18, the parish celebrated the 160th anniversary of the religious fraternity with a Mass at the church and an awards luncheon in Utica’s new Irish Cultural Center.

The order has approximately 300,000 members in 80 nations and sponsors a variety of outreaches including an Amazon relief ministry to the sick and poor of Brazil. The local chapter’s region is named after St. Kateri Tekakwitha.

The first name appearing on the founding membership rolls is possibly a misspelling of the childhood name of St. Marianne Cope, who lived in Utica for a time. She was canonized in 2012.

Prior to the awards ceremony, the fraternity announced that signs created by the City of Utica would be placed at four entry portals to the city: “Welcome to Utica: Home of St. Marianne Cope.”

The Aug. 11 celebration honored four individuals for their work on behalf of people who are poor or marginalized.

The Silent Giver Award was given in absentia to Jo Ginnity, OFS, of St. Mary of Mount Carmel-Blessed Sacrament Parish in Utica.

Ginnity had spearheaded prison-ministry and nursing-home outreaches and other activities.

At presentation time, event emcees Bob and Mary Stronach contacted Ginnity by cell phone at The Pines at Utica and read the presentation to her. After the attendees sang Ginnity “Happy Birthday”  over the  microphone-boosted cell-phone link, Ginnity’s “Thank you” rang out on the banquet facility P.A. for all to hear. 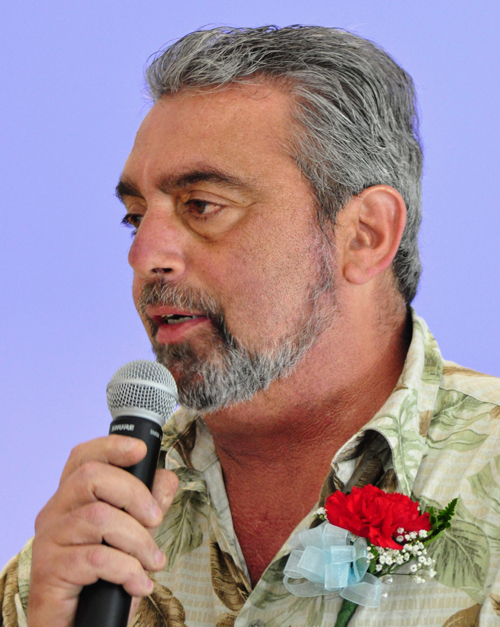 1. Edward Morgan was honored for his work as director of Mother Marianne’s West Side Kitchen, which in the past year served more than 53,000 meals to people who were homeless and in need.

Morgan said: “I was shocked to be receiving an award for doing something that I love to do. … It’s a ministry that just needed doing. I am very humbled.” 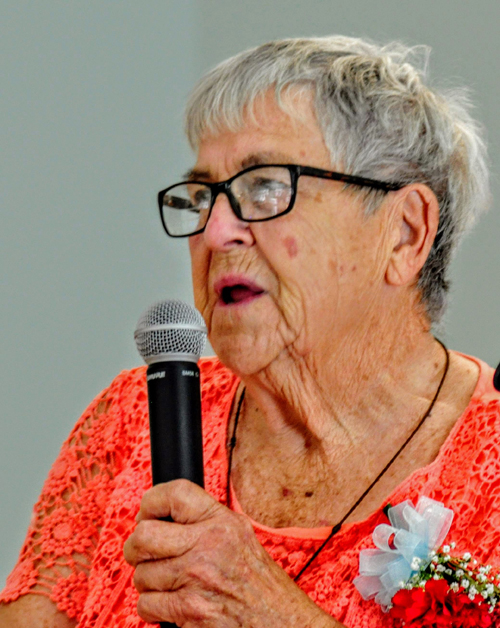 2. Marion Geary, OFS, of the Holy Family Fraternity in Vernon, received her award for her work at Hope House,  in-prison outreaches, soup kitchens, and various food pantries and clothing drives.

“I would not be here without the many people who support the work and help,” Geary said. “I have more people helping than you could ever imagine. … I thank you for giving us this so I can show it to them.” 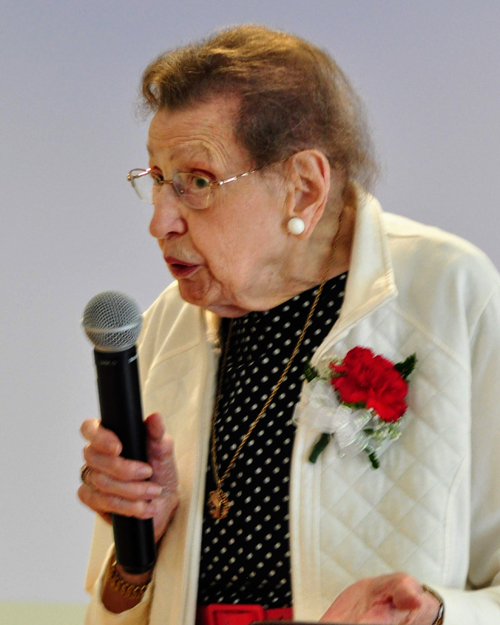 3. Betty Frank, OFS, the longest-living member of the Secular Franciscan Order in the USA, was lauded for 70 years of service to the fraternity, the parish, and the Diocese of Syracuse; and for playing key roles in starting the Perpetual Adoration chapel, the St. Marianne Cope Shrine, and the Mother Marianne prayer group at the saint’s home church.

Frank said:  “It’s very hard for me to find the words. … As far as the Secular Franciscans, I just love the order. I love the people. They’re all hard workers.”

She said everyone is welcome to attend any of the meetings: “If  anybody is interested, we’ll find work for you.”

Frank later explained her penchant for service in public-oriented religious organizations: “When I was in the St. Joseph School here, the sisters, the Franciscans, told us all about Mother Marianne. I often thought of going into the convent but I felt more of a calling to the outside, I could help more out in the world better” spreading the word of the Lord.