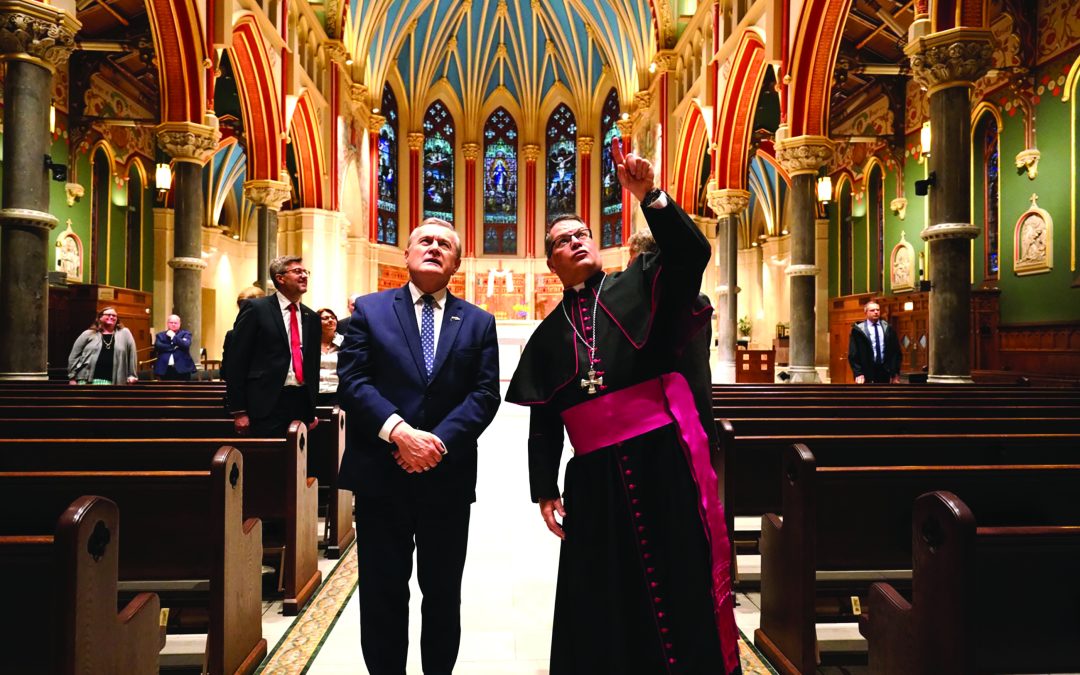 The Cathedral of the Immaculate Conception hosted notable guests this past week as the Deputy Prime Minister of Poland and his team visited the diocesan mother church.

The delegation visited Le Moyne College earlier in the day where an agreement was ceremonially signed to return a collection of valued Polish historical art that the college has been caretaker to. The collection was part of an exhibit at the 1939 New York World’s Fair and remained in the U.S. after the outbreak of World War II. Le Moyne has been home to the heritage collection since 1958.

On this special day for Poland, thoughts were also on the current situation in neighboring Ukraine.

“I think that we should be together. … The war in Ukraine is a very serious challenge for everybody in the world,” remarked Mr. Gliński. He added that Poland and the U.S. are working closely together to assist in receiving war refugees and asked that the people of the Diocese of Syracuse “support the vision that war is a danger, and we have to support all efforts to stop the war.” He concluded by noting that “the modus operandi … is the war crimes, the killing of civilians: children, women, people who are weak.”