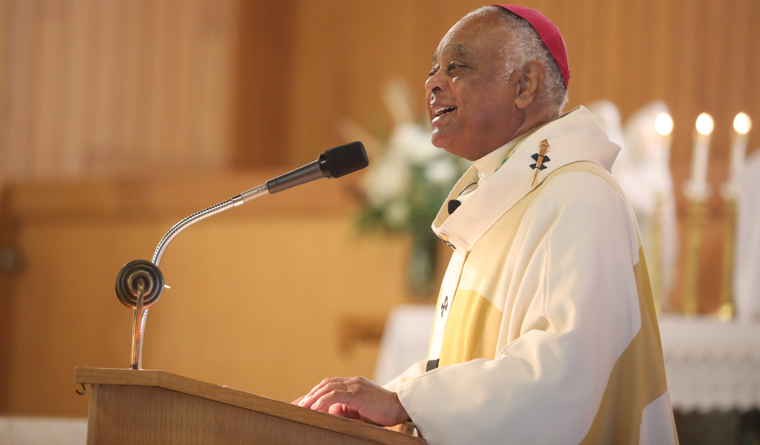 Speaking soon after the announcement with the Catholic Standard, Washington’s archdiocesan newspaper, Cardinal-designate Gregory said he was “deeply humbled” and he knows that “I am reaping a harvest that millions of African American Catholics and people of color have planted. I am deeply grateful for the faith that they have lived so generously, so zealously and with such great devotion.”

The pope made the announcement at the end of his Oct. 25 Angelus address, telling the crowd in St. Peter’s Square the names of the nine cardinals under age 80, who will be eligible to vote in a conclave, and the names of four elderly churchmen whose red hats are a sign of esteem and honor.

In addition to Cardinal-designate Gregory, the pope chose as cardinal electors two officials of the Roman Curia and bishops from Italy, Rwanda, the Philippines, Chile, and Brunei. The 13 will be elevated at a Nov. 28 consistory at the Vatican.

Cardinal-designate Gregory was installed as Washington’s archbishop in May 2019.

“With a very grateful and humble heart, I thank Pope Francis for this appointment which will allow me to work more closely with him in caring for Christ’s Church,” he said in a statement.