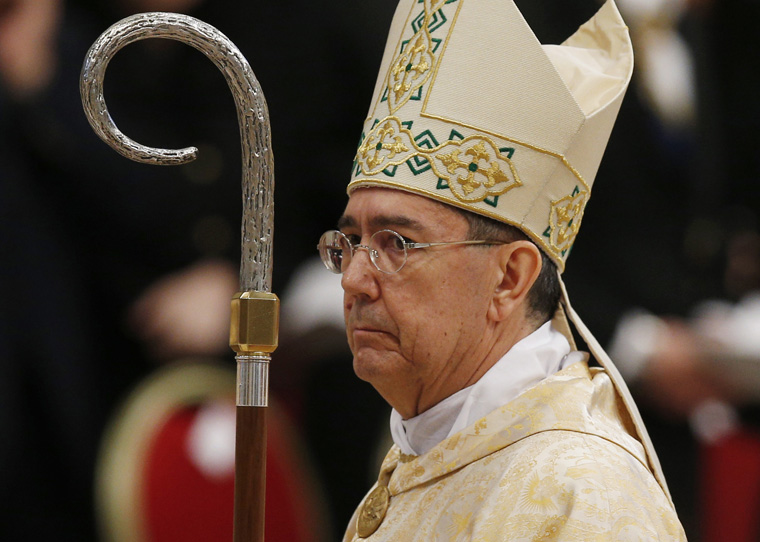 VATICAN CITY (CNS) — Although he has led the Pontifical Council for Interreligious Dialogue since May, Cardinal-designate Miguel Angel Ayuso Guixot dedicated his religious life to building a bridge between Catholics and Muslims.

The Spanish cardinal-designate was among 13 prelates from around the world whose names were announced Sept. 1 as new cardinals by Pope Francis during his midday Angelus address.

Born in Seville, Spain, in 1952, he joined the Comboni Missionaries and was ordained a priest in 1980 after professing his vows. In addition to a degree from the Pontifical Institute of Arabic and Islamic Studies, he has more than 20 years of pastoral experience in Egypt and Sudan.

During his time in Egypt, he served as a professor of Islamic history in Khartoum and in Cairo before returning to Rome in 2002. Three years later, he was appointed president of the Pontifical Institute of Arabic and Islamic Studies.

In 2012, Pope Benedict XVI appointed then-Father Ayuso secretary of the Pontifical Council for Interreligious Dialogue. Pope Francis named him a bishop in 2016.

Most notably, he was instrumental in restarting talks in 2013 between the Vatican and Al-Azhar University, Sunni Islam’s main theological center. The Muslim university suspended the talks in 2011 following a series of remarks made by Pope Benedict.

The culmination of the dialogue was the signing of a document Feb. 4 on promoting “human fraternity” and Christian-Muslim understanding by Pope Francis and Egyptian Sheikh Ahmad el-Tayeb, grand imam of al-Azhar, during the pope’s visit to Abu Dhabi.

In an interview with Vatican News Feb. 7, then-Bishop Ayuso said he hoped the signing of the document would inspire other leaders to advance the cause of peace.

“The message of brotherhood is very clear, that is why I hope the international community can accept it for the good of the human family,” he said. “It is important that civil authorities, social groups, every citizen, every man and woman of goodwill can echo this message proclaimed by the declaration in their hearts, their lives and their surroundings.”