The Diocesan Purgatorial Society is Inaugurated with Mass in Oswego 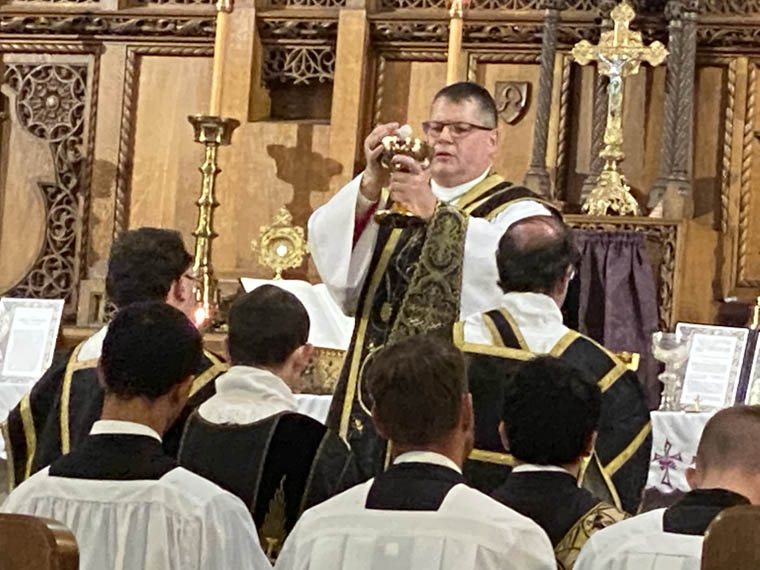 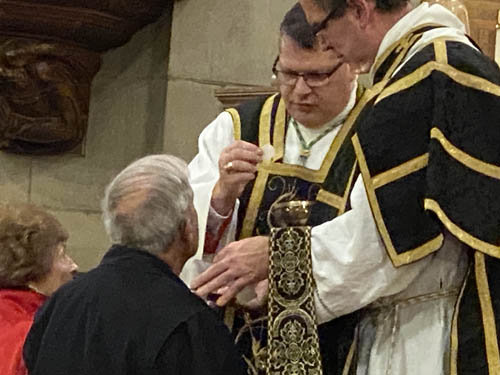 The Feast of All Souls Day provided an appropriate backdrop for the celebration of Mass in the Tridentine Rite to inaugurate the Diocese of Syracuse Purgatorian Society. The Mass was celebrated by Bishop Douglas J. Lucia at St. Mary’s Shrine in Oswego.

Father James Schultz, pastor of St. Mary’s of the Assumption in Oswego, where the Shrine is located, says we have “the Church suffering, which is in Purgatory, and the Church militant, we here on earth, praying for the poor souls in Purgatory.”

The Church calls on Catholics to offer such prayers for the deceased. The Purgatorial Society is a focused response to that call. In his remarks for the occasion, Bishop Lucia said, “By establishing this Purgatorial Society, it is my intent to bring relief to the suffering Souls in Purgatory by offering the Holy Sacrifice of the Mass in their name. It is also the intent that all those who join the society, and others who attend and assist at these requiem Masses, will learn and remember their obligation to implore God’s mercy and offer prayers and sacrifices on behalf of the Poor Souls in Purgatory.”

Worldwide, special emphasis on the effort has been placed by Pope Francis who has offered a plenary indulgence to any Catholic who visits a cemetery on any day in November to pray for the dead. 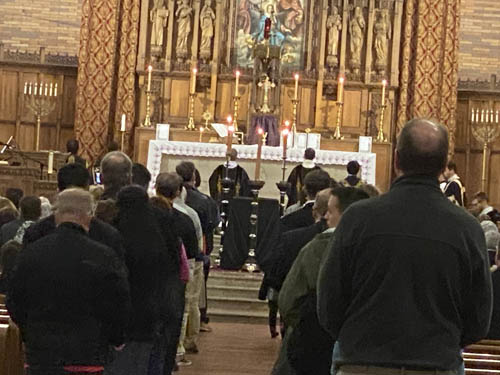 Congregation prays at the Requiem Mass.

Father Schultz points out that when we pray in this fashion, “Our work is rewarded, the Church wants us to do that.”

Bishop Lucia expressed that since his childhood days he has been in the habit of praying for the “poor soul in Purgatory.” He spoke this night of those souls who might be forgotten. “I do ask you not to forget those poor souls who have no one to remember them, no one to pray for them, no one, in a sense, to assist them, as they prepare to join in the beatitude of heaven.” 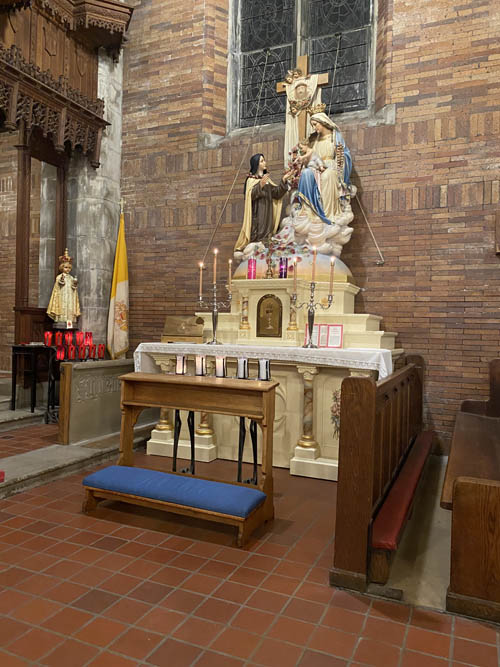 The Shrine at St Mary’s of the Assumption in Oswego.

Father Schultz shared that the roots of this movement are deep. The Redemptorist Fathers in Ireland, for example, have likely helped spread the idea the most since the 1840s. He reminds us that “nothing can enter heaven unless it is purified, so that’s why we pray. We help by having Masses said for a person. It’s one of the Spiritual Works of Mercy.” He is also aware that some Catholics, especially younger members, may not understand this process.

The diocesan Society is “raising awareness of why we do this,” and that Bishop Lucia has blessed this effort within the Diocese. By joining the Society, a member makes a commitment to offer daily prayers for the dead. As a new society, membership is small but growing according to Father Schultz, especially as awareness increases. Requiem Masses are scheduled throughout the year at the Shrine and some Masses will be celebrated at Transfiguration Church in Syracuse where Father Schultz also is pastor.