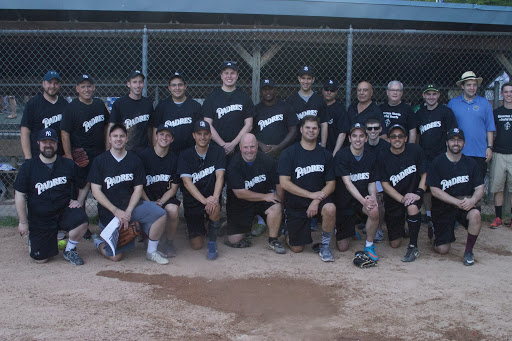 Editor’s note: Last year, vocation promotion efforts in the diocese expanded to a team approach, with several priests taking on new initiatives in collaboration with the Vocations Office. Father Hage wrote an introduction to the new team last year; this year, he offers an update on their work.

I am pleased to report back to the diocese about the progress that has been made by the Vocation Promotion team since we were first called together by the bishop over a year ago. In that time, the team has made incredible progress in terms of the ability of the Vocation Promotion Office to reach people in different regions of the diocese as well as people of different age levels. It has been a real pleasure to see the priests on this team rally around this most important task that directly affects the future of our diocese. It has also resulted in a deepening of camaraderie and friendship among the priests in our presbyterate.

Saint Andrew Dinners are the newest initiative from the Vocation Promotion team. Father Ken Kirkman is the coordinator of this outreach to young men ages 15 to 18. When a Saint Andrew Dinner is hosted in a region, pastors in that region are personally contacted by Father Kirkman, who encourages the pastor to invite young men who are considering a vocation to the priesthood to attend a dinner. The dinners include the recitation of the Rosary, a delicious meal, and three talks offered by two priests and the bishop about their vocation stories. The night concludes with Q & A for the participants. These dinners take place four times a year, and will be hosted in each region of the diocese. The first meeting took place in Syracuse this past May and drew around 20 young men.

The Fisherman’s Club continues to see success in its outreach to young men between the ages of 18 and 30. In the last three years, three young men who have attended the Fisherman’s Club meetings have applied and been accepted to seminary formation for our diocese. The meeting that took place on Le Moyne’s campus this past October drew eight young men who are currently discerning a vocation to the priesthood. Graduates of the Fisherman’s Club have said that the real beauty of these meetings is the strength and encouragement it provided them to apply because of the camaraderie it offered them as they were discerning. In this group, college-age men have the opportunity to network with discerners from across the diocese as we have had young men driving in from Binghamton, Utica, and Oswego. This group is already looking forward to its annual Seminarian Meet & Greet, which has taken place immediately before the Chrism Mass for the past three years. At this gathering discerners have the opportunity to personally mix with seminarians and ask them questions in a more informal setting.

The Vocation Promotion team also revamped the bishop’s annual Vocation Picnic and has transformed it into an evening of retreat. The team has decided to call this experience, “The Tenth Hour.” Teens in high school and college were invited to participate in this special evening in August during which they prayed Evening Prayer with the seminarians, had the opportunity to attend six different workshops of their choosing to help support them in their personal discernment of God’s will for their life, and enjoyed a beautiful Holy Hour that was filled with praise and worship music as well as an inspiring talk encouraging them to say “yes” to Jesus in a life of generous service. There were around 60 teens in attendance, both boys and girls.

The biggest accomplishment the Vocation Promotion team shared in was the launch of a redesigned Vocation Promotion website at vocations-syracuse.org. The website received a whole new facelift and now includes regularly updated content for discerners and their parents, resources for parishes, and even a section on how to grow deeper in one’s prayer life. The most exciting feature on the site is a new series called “#MyVocationStory,” a collaboration with the diocesan Communications Team. This video series features the personal testimonies of each priest on the Vocation Promotion team as they offer a witness of faith unique to each of them. These videos would be well used in the context of Youth Ministry meetings, Faith Formation classes, and especially Confirmation preparation programs.

I would like to conclude my report with a brief reflection on why we should still promote vocations to the priesthood during this difficult time in our Church’s history. I have prayed about this a lot and have spent much time in reflection about how I could personally still ask a young man to consider the Call. I have come up with two answers and they are very simple. First, without the priest there is no Eucharist, and without the Eucharist there is no Church. Second, without the priest there is no more of that sweet healing balm that comes from the Sacrament of Reconciliation. The Eucharist and Reconciliation are the two pillars upon which our Catholic faith stands. Without them, we not only lose our identity, but we even surrender our mission. Therefore, it is incumbent for every member of this local diocesan church to feel a sense of co-responsibility in the promotion of vocations. We need you now more than ever. The future of our Church depends on it.