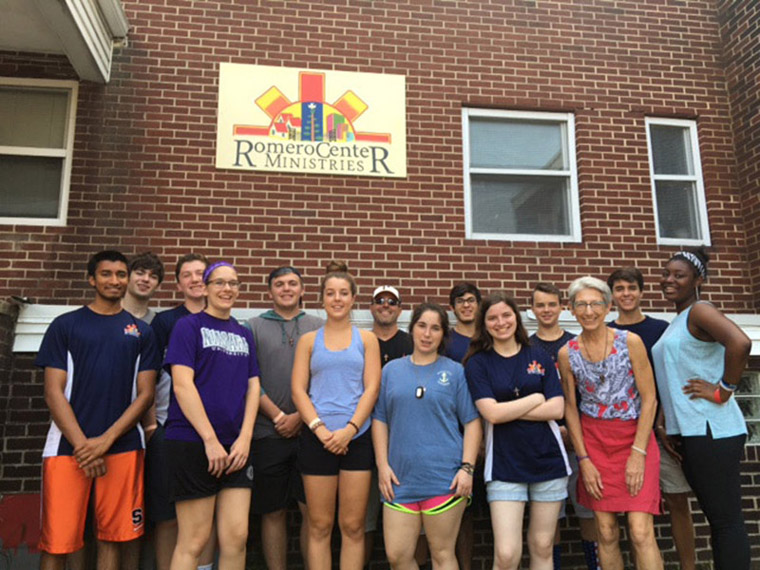 A group from Christian Brothers Academy spent six days recently at Romero Center Ministries in Camden, N.J., learning about the special challenges that face the poverty-stricken city. This is the second year that students went on this mission trip.

The students spent some time at Genesis Health Care, home for about 80 elderly residents. There, they played games with the residents and listened to their stories. Many of the residents have Alzheimer’s disease; the games helped to activate their thinking.

“The people we met, spoke with, and laughed with showed that even in one of the country’s most broken and dangerous cities, hope remains,” said Zach Popp, Class of 2016. “Despite their circumstances, which are obviously less than ideal, the men and women we met greeted us with smiles and laughter. All of the people we met in Camden represent proof that hope can still live and flourish in even the darkest places.”

“This one week in Camden was extremely powerful,” Perkins said. “Our eyes were opened to extreme poverty, an abundant spirit of generosity on the part of those able to help, and pockets of hope where transformation has occurred thanks to community programs geared toward empowering others to rise above which had held them down.”