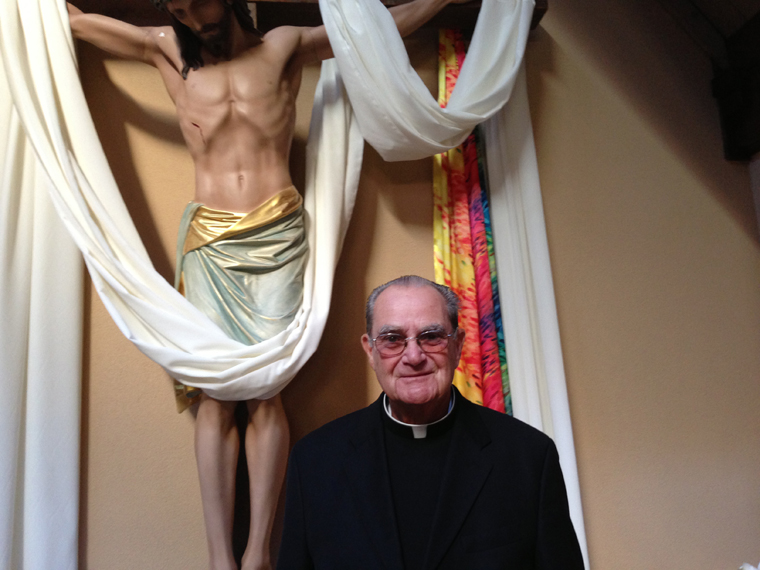 ALBANY, N.Y. (CNS) — A longtime priest of the Diocese of Albany, died tragically Oct. 31, when he was caught up in flash flooding on a rural road while traveling to say Mass for the people of Herkimer and Newport about 90 miles outside of Albany.

Father Thomas Connery, 82, a fixture in the diocese, was best known as pastor at Immaculate Conception in Glenville from 1990 to 2007.

“We are so saddened to learn of Father Thomas Connery’s tragic death, but we know that he died as he lived — serving the people of God without fear or concern for himself,” Albany Bishop Edward B. Scharfenberger said in a statement. “Father Connery was a devoted priest who served faithfully for 56 years.”

The priest “just weeks ago” had accepted a new assignment as sacramental minister for Sts. Anthony and Joseph Church in Herkimer as well as St. John the Baptist in Newport, the bishop said. “May he rest in peace, and may his family be comforted by the faith that served as Father Connery’s strength and foundation throughout his life of ministry.”

State Police in Herkimer reported that at approximately 10:10 p.m., Father Connery drove his 2017 Ford Fusion through the floodwaters along a road in the town of Norway in Herkimer County and barely made it through, according to an eyewitness. The Times Union daily newspaper reported that troopers said the road’s shoulder collapsed and the priest’s car partially fell into the ravine.

Father Connery then got out of his car and tried to walk back through the floodwaters he had just driven through toward the eyewitness, but he lost his footing and was washed downstream, the report said. Due to the strong current, his body could not be recovered until the next day.

Father Connery was born July 26, 1937, in Troy, graduated from Mater Christi Seminary in 1957, Mount St. Mary College in 1959, and Mount St. Mary’s Seminary in 1963. He was ordained a priest at the Cathedral of the Immaculate Conception in Albany by Bishop William A. Scully May 25, 1963.

In 1963, Father Connery started his first assignment as assistant pastor at St. Mary’s Church in Little Falls. After four years there, Father Connery spent the next eight years in Alaska. In 1967, he was assistant pastor at Holy Family Cathedral in Anchorage and then became administrator in 1969. He was then administrator at St. Benedict’s in Anchorage, 1971; at St. Michael’s in Cordova, 1974; and at St. Paul Miki in Anchorage, 1975, before returning to Albany.

Father Connery also led prison retreats, chaired the advisory board for the Little Sisters of the Poor and served as chaplain to Magnificat, a women’s Christian group.

Matvey is a staff writer at The Evangelist, newspaper of the Diocese of Albany.