All are welcome at Congolese liturgy 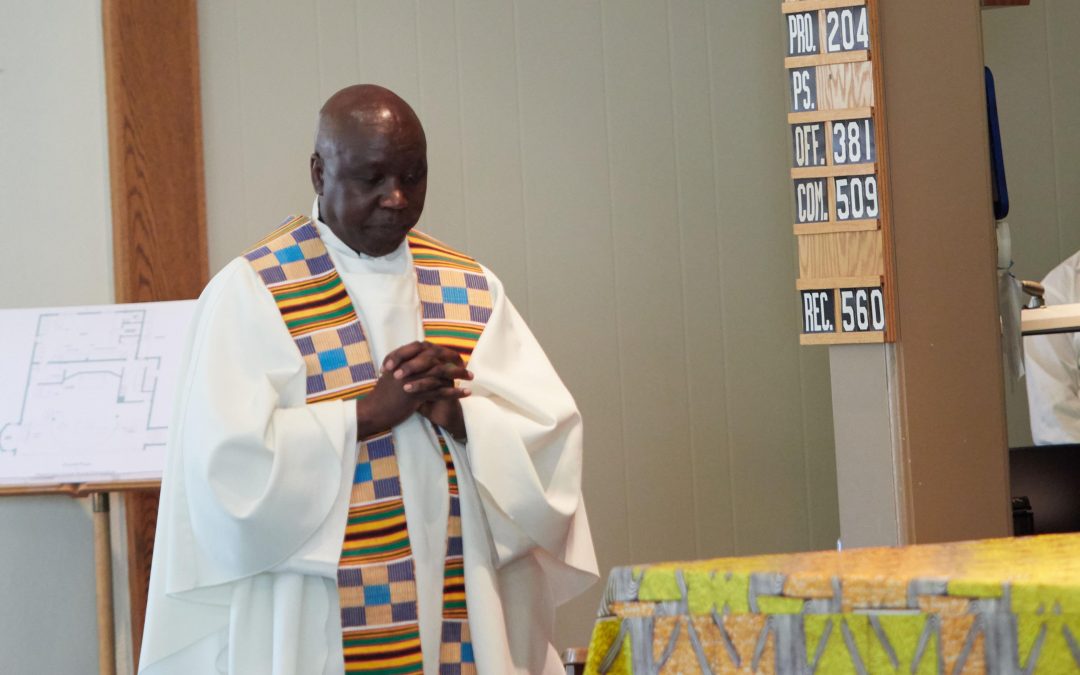 Father Severine Yagaza has ministered in the Syracuse Diocese for 20 years. But only twice in those two decades has the native of the Diocese of Tanga, Tanzania, celebrated a public Mass in Swahili. So, he was thrilled to concelebrate Mass Sunday, Sept. 24, for Congolese refugees living in Syracuse.

“It takes you back to your roots,” he said after a nearly two-hour Mass at All Saints Church in Syracuse. “You feel at home.”

Swahili is spoken in many African countries, including Tanzania, Congo, Kenya, and Somalia. Father Yagaza, parochial vicar at St. Matthew’s in East Syracuse, was incardinated into the Diocese of Syracuse in 2016.

Papy Amani, who fled Congo’s civil war in 2004 and arrived in Syracuse in 2010, worked with the parish to plan the event, which he hopes to repeat. More than 70 Congolese Catholic families have been resettled in Syracuse through Catholic Charities in recent years, he said.

Amani led the choir of about 20, who sang with gusto under a banner that read, “Immigrants and Refugees Welcome.” About 75 people in the pews clapped and sang along.

At the end of Mass, the first time English was spoken, Father Fred Daley, All Saints’ pastor, announced that the parish would welcome a new Congolese refugee family late Tuesday, Sept. 26. The congregation erupted in applause and cheers.

Although the parish has ministered to refugees, this is the first time the parish has worked with Catholic Charities to sponsor a family. The Congolese community “continues to bring new life and spirit to the parish,” Father Daley said.

Father Yagaza, who serves as a chaplain at St. Joseph’s Hospital, said he has met many refugees from Congo and other war-torn places and heard their stories. “It’s so difficult for them,” he said.

He praised All Saints’ efforts to create “a warm, Christian spirit … in the community in inviting sisters and brothers from all over to feel at home. This is what we are called to do. We are all God’s children.”

See photos from the Mass here, and find more at facebook.com/SyrCatholicSun.