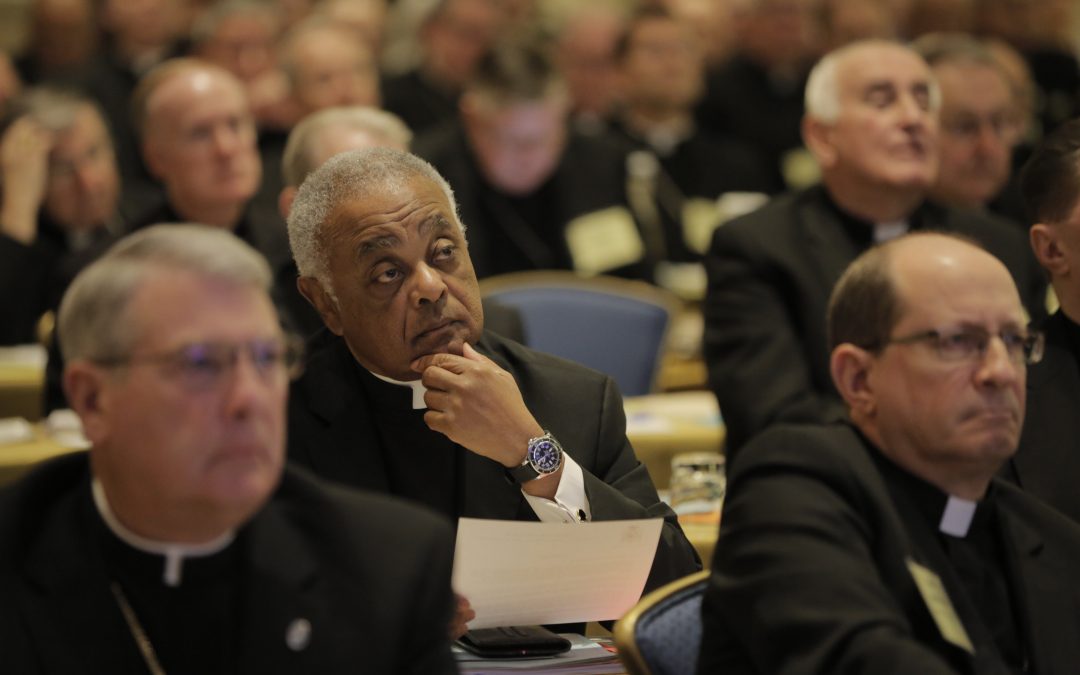 WASHINGTON (CNS) — Archbishop Wilton D. Gregory of Atlanta has been appointed as chair of a new task force of the U.S. bishops to deal with racial issues brought into public consciousness following a series of summertime shootings that left both citizens and police officers among those dead.

The task force’s charge includes helping bishops to engage directly the challenging problems highlighted by the shootings. Task force members will gather and disseminate supportive resources and “best practices” for their fellow bishops; actively listening to the concerns of members in troubled communities and law enforcement; and build strong relationships to help prevent and resolve conflicts.

“By stepping forward to embrace the suffering, through unified, concrete action animated by the love of Christ, we hope to nurture peace and build bridges of communication and mutual aid in our own communities,” said a July 21 statement from Archbishop Joseph E. Kurtz of Louisville, Kentucky, president of the U.S. Conference of Catholic Bishops.

In addition to creating the task force and appointing its members, Archbishop Kurtz also called for a national day of prayer for peace in our communities, to be held Sept. 9, the feast of St. Peter Claver.

The day of prayer, according to a July 21 USCCB announcement about the task force’s formation, will “serve as a focal point for the work of the task force.”

The task force’s work will conclude with the USCCB’s fall general meeting in November, at which time it will report on its activities and recommendations for future work.

“I have stressed the need to look toward additional ways of nurturing an open, honest and civil dialogue on issues of race relations, restorative justice, mental health, economic opportunity and addressing the question of pervasive gun violence,” Archbishop Kurtz said. “The day of prayer and special task force will help us advance in that direction.”

The task force will have bishop consultants, including Cardinal Daniel N. DiNardo of Galveston-Houston, who is USCCB vice president, as well as bishops whose jurisdictions have experienced extreme gun violence, or who otherwise bring special insight or experience on related questions. An equal or smaller number of lay consultants with relevant expertise will be appointed soon thereafter, the USCCB announcement said.

“I am honored to lead this task force which will assist my brother bishops, individually and as a group, to accompany suffering communities on the path toward peace and reconciliation,” said Archbishop Gregory in a July 21 statement. “We are one body in Christ, so we must walk with our brothers and sisters and renew our commitment to promote healing. The suffering is not somewhere else, or someone else’s; it is our own, in our very dioceses.”