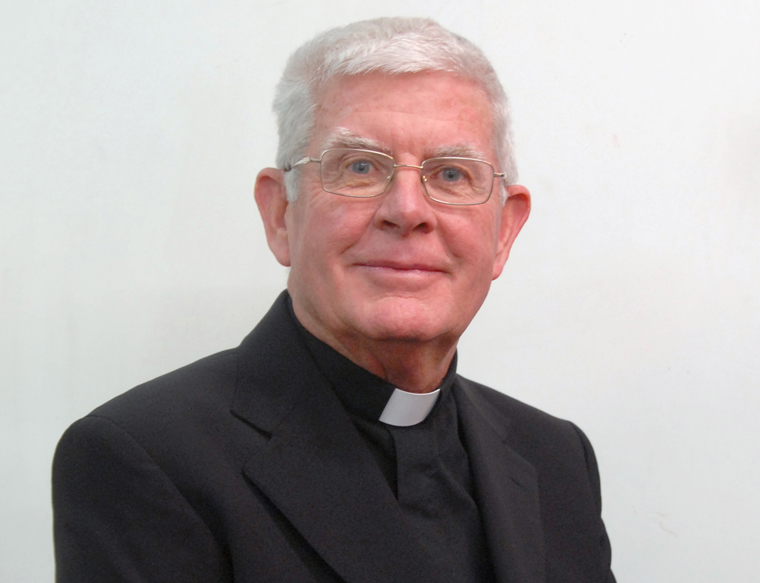 By Peter Rosengren | Catholic News Service
SYDNEY (CNS) — Asia Bibi has been released from death row and prison in Pakistan and is now under heavy protective guard in a secret location with her family, reported a longtime Catholic missionary involved with negotiations in Pakistan about her case.

“She’s not incarcerated, not in jail. The decision of the Supreme Court of Pakistan given Oct. 31 was that she was be released immediately. She is being protected. Her security is obviously a matter of huge concern for the Pakistan government,” Australian Columban Father Robert McCulloch told The Catholic Weekly, newspaper of the Archdiocese of Sydney.

Speaking in a telephone interview from Rome Nov. 1, Father McCulloch, the Columban procurator general in Rome, told The Catholic Weekly that the decision to free Bibi had also set a groundbreaking legal precedent for the country.

Bibi, a Catholic and a poor farmworker, was sentenced to death for blasphemy in 2010.

“I’m very positive about the situation and we can take a lot of heart from what new Prime Minister Imran Khan said,” Father McCulloch said.

In a televised broadcast to the nation, Prime Minister Khan attacked Muslim fundamentalist leaders calling for Bibi to be killed following her successful appeal to the Supreme Court.

He told Pakistanis that Islamic hardliners were “inciting (people) for their own political gain”, and said they are “doing no service to Islam”.

“I think this is very important because — given the prime minister’s statements in the recent election campaign — we never knew exactly where he stood on the question of religious freedom in Pakistan,” said Father McCulloch, who spent 34 years in the country working in education and health care.

The Supreme Court’s decision was extremely significant for other reasons, he said.

“A very important precedent in law has been established and set which will be to the benefit of the thousands who are incarcerated in Pakistan because of accusations of blasphemy,” he said.

Because the charges against her were not made under Shariah, but under a form of Westminster law where precedent is important, the Supreme Court’s decision will now benefit many more people in a similar situation.

“She was suffering on behalf of many, many people who have been condemned, and her suffering will be a point for freedom for both Muslims and non-Muslims because of this case,” he said.

“The Pakistan government, at the highest levels, had realized that the Asia Bibi case is crucial for the international reputation and moral standing of Pakistan — and this has been reiterated by Pakistan’s diplomats in many countries and government officials in Islamabad,” Father McCulloch said. “It would have been a disaster for Pakistan if this appeal had not been upheld.”

The priest was in Pakistan Oct. 4-22 and was involved in meetings and discussions in Islamabad with senior government ministers and legal representatives on the case.

He said that when Pakistan’s Supreme Court announced Oct. 8 it had reached a decision but was reserving it, he concluded it was clear that Bibi would be released.

“What I’ve understood is that … time was given to inform the military and (prime minister) and key departments in the federal government of the contents of the decision,” Father McCulloch said.

“It ensured that the concerned, responsible parties had an opportunity to prepare to control the situation when the announcement was made — that would have included the army,” he said, adding that nothing of consequence in Pakistan happens without the consent of the military, a decisive influence in Pakistan’s political dynamic.

The fundamentalist reaction against the decision to acquit Bibi has come from Tehreek-e-Labaik, an Islamic political party known for organizing countrywide protests in opposition to any change in the blasphemy law of Pakistan.

“That expected reaction came. Its leader came out and viciously attacked the Supreme Court, the army and parliament,” Father McCulloch said.

“It was almost as if the authorities were waiting for him to make that sort of statement. It gives now those three institutions the opportunity to clamp down against this cancer of fundamentalist religious violence and opinion that’s eating into the heart of Pakistan,” he said.