Basking in the light of HOPE 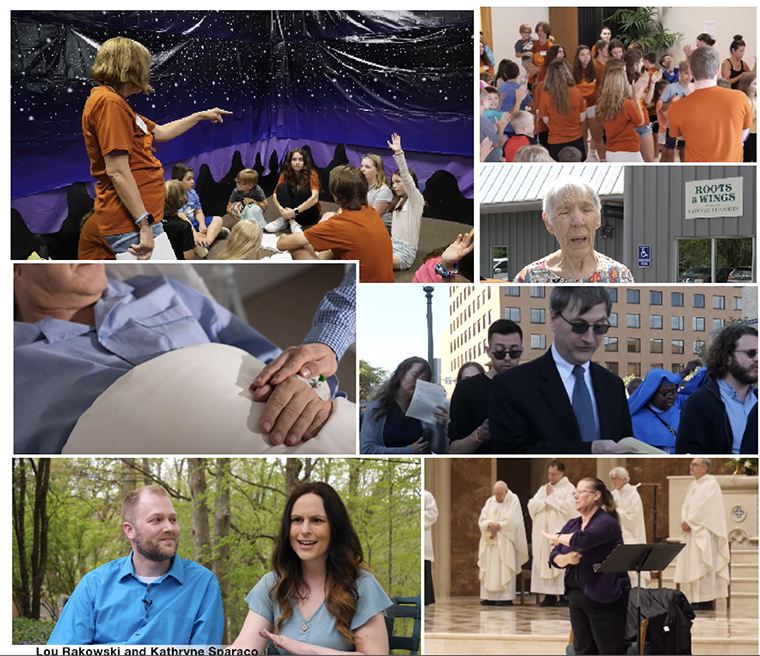 “You are the light of the world. Your light must shine before others, that they may see your good deeds and glorify your heavenly Father” (Matthew 5:14,16).

These words of Jesus captured in Matthew’s Gospel are part of the Sermon on the Mount, a lesson first delivered to a crowd of disciples and curious followers seeking to know more about Christ’s message of love and caring for one another. More than 2,000 years later, the lesson continues to the disciples and curious among the congregations in the Diocese of Syracuse.

“You are the light of the world” is the theme of the 2022 HOPE Appeal, the annual giving campaign of the Diocese of Syracuse. This year’s effort kicked off in most parishes this past weekend. Every year the programs and services supported by the HOPE Appeal impact thousands of lives in the seven-county area of our diocese.

The gifts received may benefit those seeking assistance with their individual faith journey, with their basic human needs or with their desire to grow and further the mission of helping others, as Christ calls us to in the verses from Matthew’s Gospel.

$4,452,480 was raised in last year’s campaign. Breaking that down, more than $3.6 million dollars was invested in three critical areas: advancing social justice, cultivating Catholic leadership, and empowering parish communities. Another $660,000 was additionally given back directly to parishes through the campaign’s Parish Sharing feature, where 100% of funds raised in excess of a parish’s goal are returned to the parish for its use in local ministry. Campaign expenses totaled just under $155,000.

Focusing on achieving the goal ensures that diocesan and parish programs receive funding needed to serve more than 196,000 Catholics living in the diocese as well as countless others who turn to the Church for help. With that in mind, Hoey points out that every gift counts, no matter large or small.

“We can do far more together than we can ever do alone,” she says. “If everybody said, ‘My little part doesn’t matter,’ we would be nowhere.” Last year, gifts were received from more than 18,000 individuals. “They witness the impact of their gift. They give for the love of mankind, that’s the definition of philanthropy. People love others, they want to help others,” Hoey adds. “There are people who know the mission and give to help so many other people that they will never meet, and that’s OK with them. That’s the part that gets me every time.”

Anonymous gifts are shared in the spirit of helping others in silence, as Christ teaches.  “We received an envelope with a $5 gift in it. We also received a check from someone for $8,000, with a note saying, ‘Don’t tell anybody.’ So many really good people give,” according to Hoey.

Mailings have gone out to parishioners across the diocese that make it easy to give, either in a lump sum gift or through installments. Online giving is also offered, and each parish also has gift forms on hand to assist those who need them. The campaign runs through the end of December.

Sometimes moments of grace and giving are witnessed but oftentimes they are not. “There is a real connection between those who give and the people they are helping, people they will never really know,” says Hoey.

Hoey shared one story of a visit to a Catholic Charities office. There was a line formed of various people of all ages needing assistance. One woman in particular engaged Hoey in casual conversation, not knowing who she was, but gratefully expressing the respect and admiration she had for those helping her.

Seeing people in need treated with “dignity and grace” moved Hoey. “Who helped that woman? Thousands of people in our diocese did because they decided to do their part.”