Be the first to love, to build bridges, pope tells Colombians 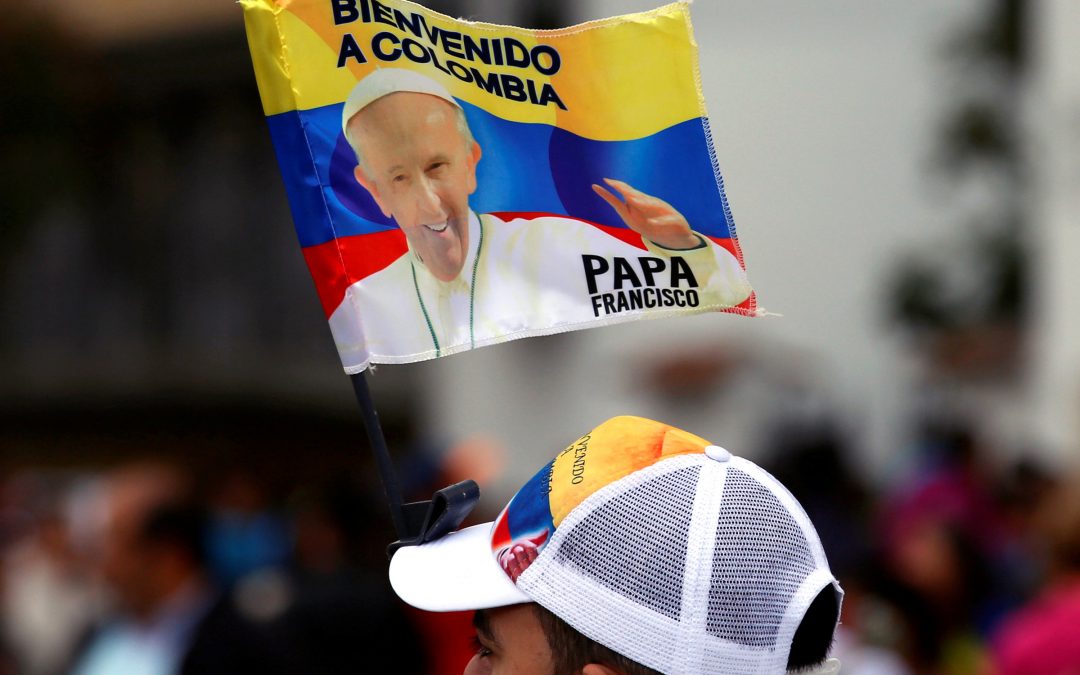 VATICAN CITY (CNS) — Colombia’s transition to a just and lasting peace requires a commitment on behalf of all the nation’s people to taking the first step toward reconciliation, Pope Francis said in a video message.

“‘Let’s take the first step’ is the motto of this trip,” the pope said in the message broadcast Sept. 4. “This reminds us also to be the first to love, to build bridges, to create fraternity.”

“Taking the first step encourages us to go out to meet the other, to extend a hand and exchange the sign of peace,” Pope Francis said.

The pope was to arrive in Colombia Sept. 6 for a five-day stay in the country. He was to visit the capital, Bogota, and the cities of Villavicencio, Medellin, and Cartagena.

A key point of the trip was to give encouragement to Colombians after more than five decades of civil war. The government ratified a peace agreement with the largest rebel group, known as FARC, in November 2016. And just two days before the pope’s arrival, negotiators for the government and the National Liberation Army, the ELN, announced they had reached a temporary cease-fire agreement.

In his video message, Pope Francis said he was going to Colombia “as a pilgrim of hope and peace, to celebrate with you faith in our Lord and also to learn from your charity and your perseverance in the search for peace and harmony.”

A stable and lasting peace, he said, requires an effort to recognize each other as brothers and sisters rather than enemies.