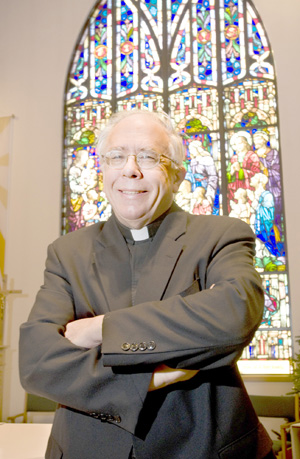 Father Timothy Elmer was appointed Chancellor of the Syracuse Diocese by Bishop Robert Cunningham. Father Elmer has served in the Marriage Tribunal Office for 13 years. His home parish is St. Joseph’s Church in Oneida. Father Elmer graduated from Wadhams Hall in Ogdensburg and completed theological studies at Christ the King Seminary at St. Bonaventure University. He was ordained May 12, 1973 and completed graduate studies at St. Paul’s University in Ottawa receiving his licentiate in canon law in 1982.

Father Elmer served as parochial vicar at Blessed Sacrament Church in Syracuse from 1973 to 1978 and spent the following year as associate at St. Ann’s in Syracuse. His work at the tribunal includes serving as canonical advocate, judge, judicial vicar and defender of the bond. Father Elmer said he wanted to return to parish work and he was appointed pastor of St. Patrick’s in Chittenango from 1991 to 2002. He was asked to return to the marriage tribunal office in 1996. He continued to work in parishes and the chancery for several years. Father Elmer was named pastor of St. Margaret’s Church in Mattydale in 2005 and left that position in 2008. He has resided in St. Daniel Parish since then serving as parochial vicar and continuing his work at the tribunal. He will reside at St. Daniel, continue his role at the marriage tribunal and assume his new duties as chancellor.

“It’s another opportunity to serve the bishop and the diocese,” Father Elmer said. His duties now include serving as ex-officio on several diocesan committees keeping his new schedule full of meetings and discussion. Father Elmer said the new position leaves much room for spontaneity. “You don’t know what might come up during the course of the day,” he said. “It will certainly keep me stimulated. I hope to bring the mind of the pastors to the table while I’m serving. I’ve lived in Central New York all my life and can bring a certain amount of experience to the table. I have an idea of what works and what doesn’t, and what we’ve tried in the past.” 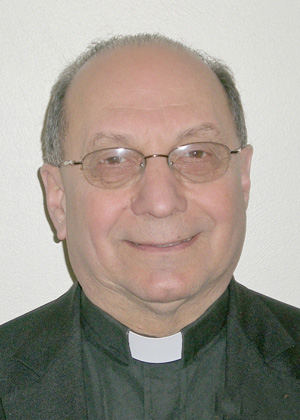 Father Michael Galuppi begins his first assignment as administrator of a parish as he moves to Our Lady of Good Counsel in Endicott. Father Galuppi is a native of St. Vincent de Paul Church in Syracuse. He received his bachelor’s degree from Le Moyne College before studying at St. Mary’s Seminary in Baltimore. Father Galuppi was ordained June 2, 2007. His first assignment was as parochial vicar at St. Joseph’s Church in Camillus from 2007 to June 2010. He said he is looking forward to serving in the Southern Tier. “St. Joseph’s was a great assignment at a great parish and Father Greg LeStrange was a great pastor to learn from,” Father Galuppi said. “There is a full time deacon at my new parish so that will help a lot. I didn’t see the parish before I said yes but I drove down with my father and Father LeStrange and I’m looking forward to being there. I’ve heard it’s a great parish with great people.”

Father Galuppi said he will be happy to serve in the area also because two friends and fellow new priests, Father Chris Celentano and Father Chris Ballard, are both serving in the Southern Tier. And, he said, “It might be a great opportunity to get a dog.” 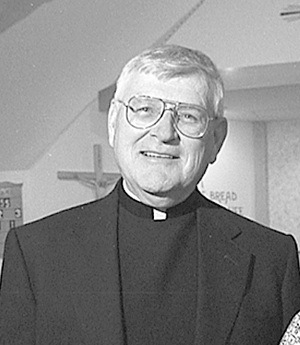 Father Paul Carey was named pastor of St. Bernard Church in Waterville as of July 1. Father Carey’s home parish is St. John’s in Utica. He studied philosophy at St. Andrew Seminary in Rochester and then at Resurrection Seminary in Ontario. He completed theology studies at St. Bernard’s in Rochester and was ordained May 29, 1971. Father Carey’s first assignment was as associate at St. Charles Borromeo Church in Syracuse. He moved to Utica to serve on the faculty at Utica Catholic Academy in September of 1973. Father Carey was named administrator of St. Therese Church in Munnsville and chaplain of Cazenovia College in 1988. He left to serve as pastor at Immaculate Conception Church in Pompey in February of 1989. Father Carey took on the responsibility of pastor of St. Paul’s Mission in Fabius at that time. He was assigned as pastor of St. Joseph Church in Lee Center in February 1998 until his most recent assignment. 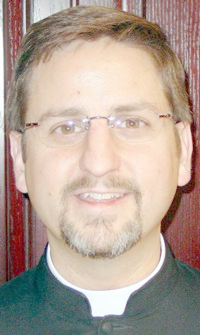 Father Mark Gantley was named administrator of St. John the Evangelist Church in Bainbridge and St. Agnes Mission in Afton. Father Gantley’s home parish is Immaculate Conception in Fulton. He studied philosophy at Le Moyne College where he earned his bachelor’s degree. Father Gantley then studied at Theological College at the Catholic University of America in Washington, D.C. He was ordained June 8, 1991. Father Gantley’s first assignment was as associate at St. Paul’s Church in Rome, N.Y. That assignment was followed by two years as associate at Sacred Heart Church in Cicero. Father Gantley was then assigned as associate at St. Daniel Church in Syracuse in August of 1994. Father Gantley left that assignment moving to Las Vegas, Nev. where he served at St. Elizabeth Ann Seton Church from 2001 to 2004. He served at St. Peter the Apostle Church in Henderson, Nev. as parochial vi
car briefly before serving at Our Lady of Las Vegas Church beginning Jan. 15, 2005. In November of that year Father Gantley moved to Tonopah, Nev. to serve at St. Patrick’s Church. He left Nevada for Hawaii where he served as judicial vicar from September 2007 till July 2009 when he moved back to Henderson, Nev. where he served as administrator at St. Francis of Assisi Church until his most recent assignment. Father Gantley served on the marriage tribunal for the Syracuse Diocese in 1999. He studied canon law at Theological College in 1994.

Father Edmund Castronovo is assigned pastor of Our Lady of Good Counsel Church in Verona beginning July 1. His home parish is St. Mary’s Church in Clinton. Father Castronovo studied philosophy at Wadhams Hall Seminary in Ogdensburg and studied theology at St. Bernard’s in Rochester, Catholic University in Washington, D.C. and Boston College. He was ordained May 8, 1976 and served first as parochial vicar at St. Paul’s Church in Norwich. Father Castronovo then served as parochial vicar at St. Daniel Church in Syracuse from 1981 to 1987. He moved to Holy Trinity Church in Utica where he served in the same capacity from 1987 to 1988. He next served as pastor of St. Malachy Church in Sherburne from 1988 to 2000 before being named pastor of St. Thomas in New Hartford where he served from 2000 to 2002. Father Castronovo was named pastor of St. Joseph Church in Oneida in 2002 and remained there until 2008 when he joined the Priestly Fraternity of St. Peter in Scranton, Pa. where he remained until his latest assignment in Verona. During his priesthood Father Castronova has also served as prison chaplain and as chaplain for the Knights of Columbus St. Joseph’s Council. 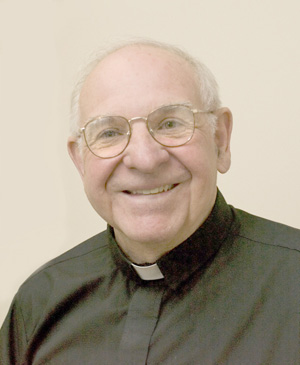 Father William Jones has been assigned the new parochial vicar at the Cathedral of the Immaculate Conception in Syracuse and will be assisting with chaplaincy at Crouse Hospital. The new position came into effect on June 1.

Father Jones attended St. Jerome and St. Bonaventure Universities and earned a master’s degree in divinity from Christ the King seminary in East Aurora, N.Y. He was ordained on May 20, 1967.

Father Jones ministered as a chaplain at the Broome County correctional facility, he was on the board of directors for Catholic Charities and was a member of the Nocturnal Adoration Society. 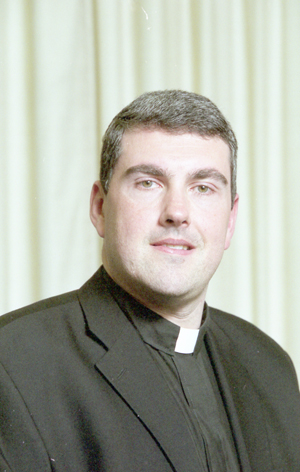 Father John Kurgan will serve as the administrator of Our Lady of Sorrows in Vestal, effective July 15.

He attended Le Moyne College and St. Mary’s Seminary in Baltimore, Md. He was ordained on June 5, 2004.

Father Kurgan’s first assignment was as parochial vicar of St. Matthew Church in East Syracuse in 2004. Two years later, he began his ministry as parochial vicar of the parishes of St. Joseph’s in Lafayette, Immaculate Conception in Pompey and St. Leo’s in Tully, which have collaborated to form a new parish called the Church of the Nativity.

Father James O’Brien will become  Vicar for the Western Region of the diocese effective July 1.

Father O’Brien attended the University of Notre Dame and Christ the King seminary in East Aurora, N.Y. He also earned a master’s degree in education from Syracuse University. Father O’Brien was ordained on May 16, 1970.

Father O’Brien’s first assignment was as parochial vicar of St. Michael’s in Central Square in 1970. From 1970 to 1972, he served as parochial vicar of St. Vincent de Paul in Syracuse. He then served as religion teacher, guidance counselor and athletic director at Bishop Ludden High School. From 1975 to 1982, Father O’Brien was superintendent of schools. During this time, he was in residence at Our Lady of Lourdes in Syracuse.

From 1982 to 1983, Father O’Brien was the associate pastor at Sacred Heart in Cicero. From 1983 to 1995, he was the rector of the Cathedral of the Immaculate Conception in Syracuse. He served as the pastor of Blessed Sacrament in Syracuse from 1995 to 2007. 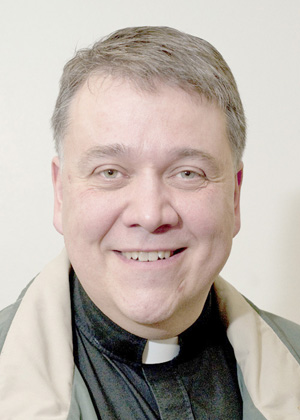 Father Thomas Servatius has been assigned administrator of St. Augustine’s Church in Baldwinsville.

He attended Le Moyne College and earned a master’s degree in social work from Syracuse University. He then went on to attend St. Mary’s Seminary in Baltimore, Md. Father Servatius was ordained on June 7, 2003.

His first assignment was as parochial vicar of St. James in Johnson City in 2003. Since 2005, he has served as administrator of St. Bernard’s in Waterville. In 2006, he assisted with ministry at Colgate University.

In 2006, Father Servatius was apppointed assistant director of seminarian formation for the diocese. In 2007, he was named director of the office, and he will maintain this position with his new assignment. 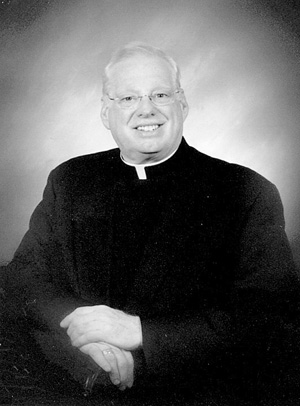 Father Robert Stephenson has been appointed parochial vicar of the Church of the Nativity, the parish formed by the collaboration of St. Joseph’s in Lafayette, Immaculate Conception in Pompey and St. Leo in Tully. The appointment begins July 1.

Father Stephenson attended St. Mary’s College in Lebanon, Ky., and Christ the King seminary in East Aurora, N.Y. He was ordained on May 13, 1978.

He was the director of Catholic Charities from 1987 to 1999, and during this time he also served as administrator at St. John the Evangelist from 1992 to 1999. Father Stephenson then became pastor of St. Catherine of Siena in Binghamton until 2001, when he served as pastor of St. Mary of the Assumption in Oswego. Since 2005, he has served at Holy Trinity Church in Fulton.