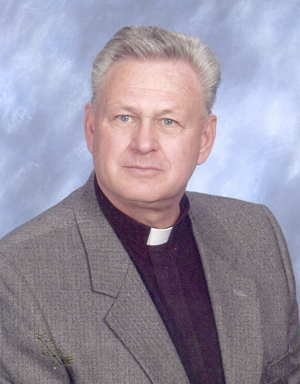 Father Jerome Katz, together with five other Syracuse Diocese priests, retired June 30. At the time of his retirement, Father Katz was serving as administrator at St. Patrick in Whitney Point and St. Stephen in Marathon.

“I’m looking forward to experiencing some different opportunities,” said Father Katz. When asked about his plans for retirement, he said he plans to speak throughout the U.S. on behalf of Food for the Poor, an international relief agency. He also intends to help out at his parish’s sister parish in Jamaica.

Father Katz attended Resurrection College in Kitchener, Ontario, Christ the King Seminary in East Aurora, N.Y. and St. Bonaventure University in Olean. His first appointment was as parochial vicar at St. Peter’s in Rome from 1971 to 1973. From 1973 to 1976, he served on the faculty of Seton High School and from 1976 to 1977 served as parochial vicar at Our Lady of Lourdes in Utica. Father Katz also served on the faculty of Seton Catholic Central School in Binghamton from 1977 to 1978. He was the director of the Union/Endicott Faith Center in Endicott from 1979 to 1983. From 1983 to 1986, Father Katz served as chaplain at the Newman Center at SUNY Morrisville.

After taking a sabbatical in 1986, he served as temporary associate at St. Daniel in Syracuse and then taught at Rome Catholic High School from 1987 to 1988. From 1988 to 1989, he served in campus ministry at St. Mary College in Notre Dame, Ind. After serving as temporary administrator at St. Francis in Marcellus, Father Katz served on the faculty at Bishop Grimes Junior/Senior High School in East Syracuse. He was assigned to St. John in Liverpool in 1992 as parochial vicar. From 1995 to 2003, Father Katz served as pastor at St. Anthony’s in Cortland and in the same position at St. Joseph’s in Camillus from 2003 to 2004, when he was assigned to St. Patrick’s in Whitney Point and St. Stephen’s in Marathon. 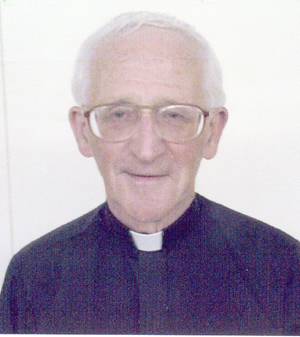 Father Robert Dwyer has retired as pastor at St. John in Bainbridge and St. Agnes Mission in Afton, a position he has held since 2003. Father Dwyer said he plans on helping out at Historic Old St. John’s Church in Utica.

Father Dwyer completed his seminary studies at St. Andrew and St. Bernard’s in Rochester. He also received a master’s degree in guidance and counseling from Syracuse University.

From 1990 to 1996, Father Dwyer was pastor of St. Mark in Utica. After taking a one-year sabbatical in Kenya, he served five months at St. Patrick’s in Binghamton as administrator and after that, as pastor at St. Matthew in East Syracuse until 2003.

Father Dwyer’s special assignments include serving on the diocesan Commission for Ecumenism and as director of the Formation Program for Permanent Diaconate. “It’s been a wonderful life,” said Father Dwyer.

Father Edmund Morelle has retired after 57 years of serving as a priest. The last 38 years were spent at Our Lady of Good Counsel in Verona. “I regret having to leave my people after all those years,” said Father Morelle. 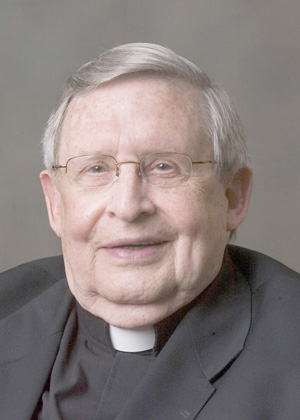 Msgr. George Sheehan, recently retired, has devoted much of his priesthood to enhancing Catholic school education within the diocese. The last position he held was Vicar for Catholic Educational Advancement.

Msgr. Sheehan attended Oblate College in Newburgh and Christ the King Seminary in Olean. He was ordained in 1961.

Msgr. Sheehan’s first assignment was as temporary associate at St. Margaret in Homer. A few months later, he was assigned to Blessed Sacrament in Utica as temporary associate. From 1965 to 1972, Msgr. Sheehan served on the faculty of Bishop Ludden Junior/Senior High School in Syracuse. He served as principal of Bishop Grimes Junior/Senior High School in East Syracuse from 1972 to 1976, when he took on the position of supervising principal of both Bishop Grimes and Bishop Ludden. From 1978 to 1985, Msgr. Sheehan was the first priest personnel director for the Syracuse Diocese. From 1985 to 1996, he served as pastor of St. Mary Church in Baldwinsville. In 1996, he was assigned to Bishop Grimes as principal, where he served until 2005. At that time, he became the Interim Superintendent of the Diocesan Catholic School Office. He served in that role until assuming the post of Vicar for Catholic Educational Advancement in 2006. Three years later, Msgr. Sheehan took a year-long sabbatical.

Msgr. Sheehan said that during his retirement he plans to continue some of the projects he started during his sabbatical, to serve at St. Paul’s in Oswego on weekends and to continue studying theology and Scripture.

Msgr. Sheehan’s special assignments include serving on the College of Consultors, the Presbyteral Council and as regional vicar. On June 26, 2006, Bishop James Moynihan named him Chaplain to His Holiness. 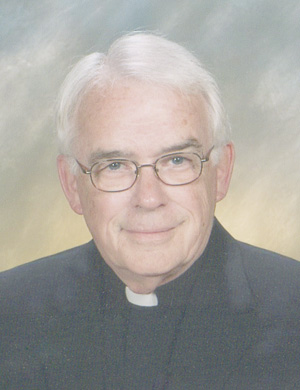 After attending St. Andrew and St. Bernard Seminaries in Rochester and Theological College in Washington, D.C., Father McGrath was ordained on May 23, 1959.

In addition to his priestly assignments, Father McGrath worked in school administration in Cortland, Rome, Oswego and Binghamton from 1967 to 1976. 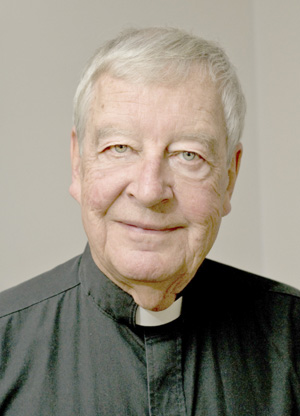 Father Robert Bogan said he has mixed emotions about retiring from his position as administrator at Church of the Annunciation in Clark Mills. “It’s daunting,” he said. “I love this place and its people.”

After his ordination in 1958, Father Bogan was assigned to St. Patrick in Clayville as associate pastor and then later that year to Most Holy Rosary in Syracuse in the same capacity. Beginning in 1963, Father Bogan served as associate pastor at St. James in Johnson City and on the faculty at Catholic Central High School in Binghamton. From 1974 to 1984, he served as pastor at St. Patrick in Whitney Point. After a leave of absence, Father Bogan served as pastor of St. Mary of the Assumption in Binghamton for 10 years before taking a sabbatical. From 1998 to 2002, he served as temporary administrator at Church of the Annunciation in Clinton, St. Christopher’s in Binghamton and St. Francis de Sales in Utica before coming to the Church of the Annunciation.