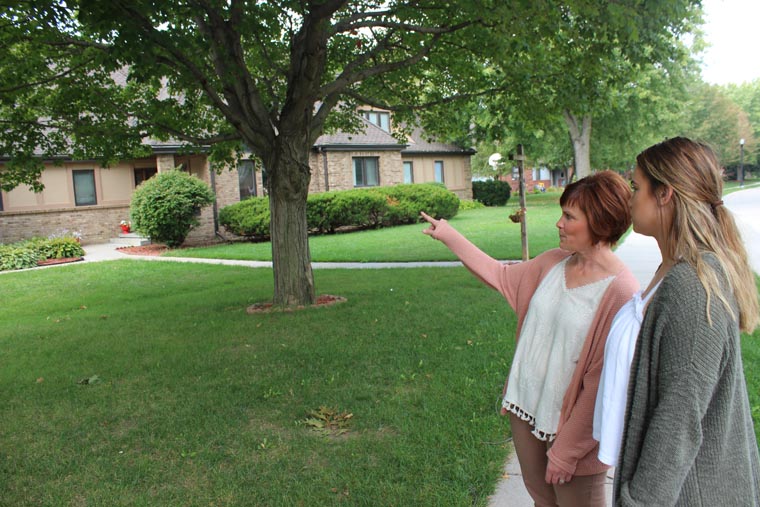 OMAHA, Neb. (CNS) — After living in several not-so-good environments, Lisa Morehouse Mabey arrived at Boys Town at the age of 15, looking for what she said she needed most: stability and love.

And that’s exactly what she found.

Three years later, after graduating from high school there in 1989, she left with a stronger sense of self, greater confidence in her ability to make good choices, and love from a “real” family, said Mabey, now a wife, mother and successful hairstylist in Omaha.

“Boys Town was the first place I ever loved that showed me what a real family should look like,” said Mabey, a member of St. James Parish in Omaha. “I honestly loved knowing there would be food on the table and a clean roof over my head. I loved coming home from school and having ‘parents’ that were there to support us every day.”

A sense of security, opportunities for success and a support system are just some of the gifts young people have received from Boys Town, which is celebrating its 100th anniversary. Father Edward Flanagan founded the home for boys — later for girls, too — on Dec. 12, 1917, to keep them off the streets, provide guidance and love, and instill a sense of purpose in their lives.

Originally, the farmland he purchased was located on the outskirts of Omaha, but today it is in the center of the city. Considered a village, Boys Town has its own mayor, post office, police and fire departments and school system. Services have grown to also include a research hospital, national hotline and residential treatment center.

Father Flanagan, who died in 1948 at age 61, was a visionary who had the ability to engage his heart and head at the same time to find lasting solutions to the social problems of children in his day, said Father Steven Boes, current president and national executive director of Boys Town since 2005.

Father Flanagan was one of the first in the country to welcome children to live in a familylike environment where they were allowed to go to school, and to create an individual learning plan for each child in his care, Father Boes told the Catholic Voice, newspaper of the Archdiocese of Omaha.

He also believed in providing time for play, sports, music, the arts and religion to help kids heal in body, mind and spirit, Father Boes said. Once these were in place, Father Flanagan spent much of his time advocating for the closure of all reform schools and the transformation of all faith-based orphanages to reflect these principles, he said.

“The mission of Boys Town has always been to change the way the U.S. cares for kids,” Father Boes said.

For nearly a century, Boys Town has advocated for residential care with a “familylike” model, with six to eight children with emotional and behavioral issues living with one married couple. Over the last 20 years, however, that focus has shifted more toward providing preventative services in an effort to keep children with their own families, and Boys Town is providing some of that care.

Boys Town research shows that children must be in their program for six months to a year before a real impact is made, said Kara Neuverth, director of media relations, marketing and communications for Boys Town.

But many states are no longer paying for children to stay in residential care for that long, she said. That’s why in June, Boys Town announced the closing of Boys Town sites in New York, Texas and California, including one residential care site in Orange County. The resources from those sites are being filtered back into the nine remaining Boys Town sites in six states, including the main campus in Omaha, and the District of Columbia, she said.

Changes in how children are cared for may have taken place over the past 100 years, but Father Flanagan’s focus on improving the lives of children remains the same.

Daniel Chesire, an Omaha attorney and 1965 graduate of Boys Town, said living on the campus for about 11 years as a young boy not only gave him and his brothers a safe place to live and grow after their mother died and their father could no longer care for them, it also provided academic and athletic opportunities, and an environment to foster his Catholic faith.

“Because of my experience at Boys Town, I learned that a family that prays together, breaks bread together, and laughs together, establishes an unbreakable bond,” said Chesire, who is married and has two grown children.

Father Boes said it is an honor to follow in Father Flanagan’s footsteps.

“His love of the kids, his vision for a better system of care, and his spirituality inspire me,” he said. “His famous quote about what would happen to Boys Town after he died is, ‘The work will continue, you see, because it is God’s work and not mine.’ I believe that this is God’s work.”