Catholic groups are mobilizing to help in Hurricane Harvey’s aftermath 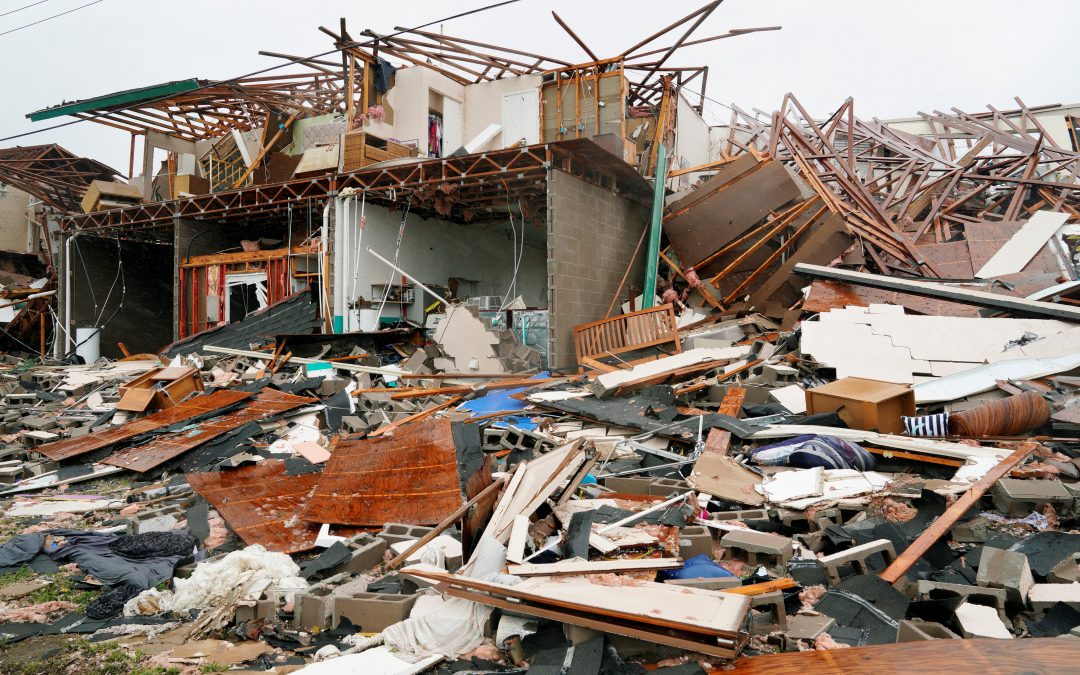 WASHINGTON (CNS) — Catholic dioceses and charities are quickly organizing to help in the aftermath of a Category 4 hurricane that made landfall with heavy rains and winds of 130 miles per hour late Aug. 25 into the Rockport, Texas area, northeast of Corpus Christi. The National Weather Service said in a tweet Aug. 27 that the rainfall expected after the hurricane and storm are over “are beyond anything experienced before.”The hurricane, named Harvey, is said to be the strongest one to hit the United States in more than a decade and perhaps the strongest one to make landfall in Texas.

Catholic Charities USA, as well as the Society of St. Vincent de Paul Disaster Services, announced early on Aug. 26 that they’re mobilizing to help an as-yet-unknown number of persons affected by the hurricane. The Texas Catholic Conference of Bishops has a list of charities helping with the disaster listed on its website at https://txcatholic.org/harvey.

Authorities reported at least five casualties as of Aug. 27, but because of safety issues, not many emergency teams have been yet able to respond to the aftermath and much of the damage is unknown. Texas Gov. Greg Abbott declared the state a disaster area, which will allow federal money to help in reconstruction. Catholic groups said they want to help with the immediate needs of the communities affected.

Cardinal Daniel N. DiNardo, president of the U.S. Conference of Catholic Bishops, on Aug. 27 urged “all people of goodwill to closely monitor future calls for assistance for victims and survivors in the days ahead.”

The cardinal also is the head of the Archdiocese of Galveston-Houston, one of the hardest-hit areas.

“Hurricane Harvey hit the Gulf Coast in a catastrophic and devastating way this weekend, bringing with it severe flooding and high winds which have taken human life, caused countless injuries, and severely damaged homes and property throughout the region,” said the cardinal in an Aug. 27 news release. “The effects of this storm continue to put people in harm’s way, with horrific scenes playing out all around, such as those of people trapped on their rooftops as water continues to rise around them. Many dioceses of the church in the United States have been affected; many others will be as the storm continues.”

He asked for prayers but also for assistance for those affected. One of the first to pledge help was the Diocese of Brownsville, Texas, where Bishop Daniel E. Flores authorized a second collection to be taken up at the diocese’s local churches on the weekend of Aug. 26-27 to send to Catholic Charities in nearby Corpus Christi and “other places hardest hit by loss of power, storm damage, flooding.”

It’s been hard to communicate with other areas, said Bishop Flores in an Aug. 26 interview with Catholic News Service, so it’s hard to gauge the extent of the damage. But he said his diocese wanted to get a head start to quickly divert help where it is needed and as fast as possible.

If the Rio Grande Valley, where Bishop Flores’ diocese is located, was spared the major impact of Hurricane Harvey, then the diocese had a duty to help their neighbors to the north, in the coastal areas of Corpus Christi and Galveston-Houston, which seemed to be hit hardest, he said. Hurricane Harvey seemed to enter near Corpus Christi and affected seven coastal counties in Texas and one Louisiana parish.

“We continue to pray for every for everyone affected by the hurricane and those who are at risk as the storms continue,” said Bishop Flores in a statement.

Though the brunt of the hurricane’s winds has passed and Harvey was downgraded to a tropical storm hours after landfall, heavy rains and “catastrophic flooding” are expected for days, said the National Hurricane Center.

“We have to remember … the families affected by flood damage in the next few days in other parts of the state will be in need of relief,” said Bishop Flores. “We will assess better how we can help as we get further information about the needs from the (Texas Catholic Conference of Bishops) and Catholic Charities.”

In an Aug. 26 statement published by the Galveston-Houston archdiocese, Cardinal DiNardo said powerful winds and heavy rainfall have already impacted many lives and homes throughout the region, and many in the southern counties of his archdiocese have already suffered substantial property damage and losses

In Houston, the country’s fourth largest city with 6.6 million residents, many struggled seeking safety in flooded residential streets, which are expected to get up to 50 inches of rainfall by the time the rain stops sometime at the end of August.

“Numerous homes in these communities are currently without power. Several forecasts anticipate additional storm damage and flooding in the coming days, along with high winds and tornado activity,” Cardinal DiNardo said.

Up to 250,000 have been reported without power in Texas, a number that’s expected to rise.

San Antonio Archbishop Gustavo Garcia-Siller said in a statement that the archdiocese pledged its support to recovery efforts that will start after the rain and wind subside.

“My thoughts and prayers are with the people of the dioceses of Corpus Christi and Victoria, as well as the Archdiocese of Galveston-Houston, as they cope with the damaging effects of Hurricane Harvey,” he said. “The people of San Antonio have opened their arms to welcome evacuees of this historic hurricane, and Catholic Charities of the archdiocese has been assisting and will continue to assist in a variety of ways those impacted by this natural disaster.”

Bishop W. Michael Mulvey, of the Diocese of Corpus Christi, said he was grateful to the bishops who reached out to him and to his diocese. He said the true damage around the diocese still is not known and officials are waiting for conditions that will allow a better assessment of the damage.

In his statement, Cardinal DiNardo asked for prayers for emergency personnel and volunteers who are out and about in dangerous conditions and also “for those residing in our archdiocese, in Texas and along the Gulf Coast, be safe and may God have mercy on those affected by Hurricane Harvey.”