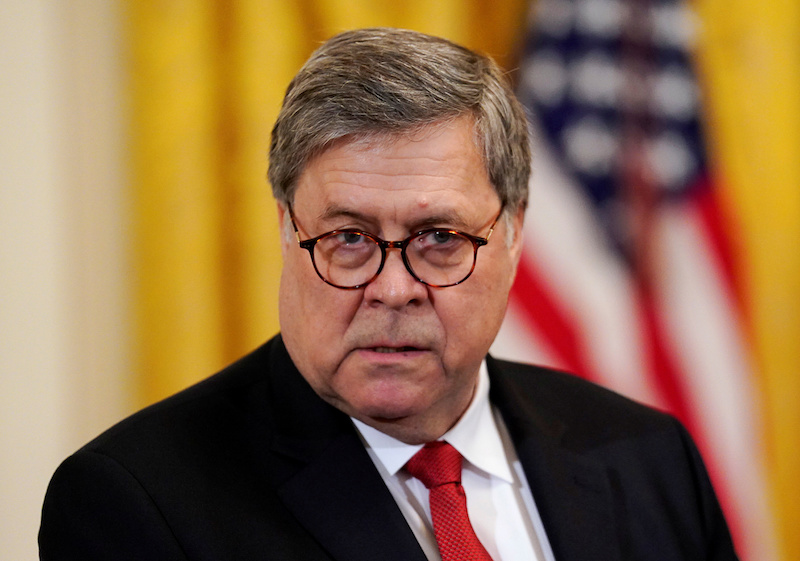 U.S. Attorney General William Barr is seen at the 2019 Prison Reform Summit in the East Room of the White House in Washington April 1. Barr ordered the reinstatement of the federal death penalty July 25 for the first time in 16 years. (CNS photo | Yuri Gripas, Reuters)

WASHINGTON (CNS) — The July 25 announcement by the Justice Department that it is reinstating the federal death penalty for the first time in 16 years was unwelcome news for Catholic leaders who have advocated against capital punishment.

“The United States’ death penalty system is tragically flawed. Resuming federal executions — especially by an administration that identifies itself as ‘pro-life’ — is wrongheaded and unconscionable,” said Krisanne Vaillancourt Murphy, executive director of Catholic Mobilizing Network, a group that champions restorative justice and an end to the death penalty.

The execution of five inmates on federal death row will take place from December 2019 through next January.

Attorney General William Barr said in a statement: “The Justice Department upholds the rule of law — and we owe it to the victims and their families to carry forward the sentence imposed by our justice system.”

The last time there was a federal execution was in 2003.

In 2014, President Barack Obama directed the Bureau of Prisons to conduct a review of federal capital punishment cases and issues surrounding the use of lethal injection drugs. According to the July 25 announcement, that review is complete and the executions can proceed.

Currently, there are currently 62 inmates — 61 men and 1 woman — on federal death row, according to the Death Penalty Information Center. Most of the federal death-row prisoners are at the U.S. Penitentiary in Terre Haute, Indiana.

Sister Helen Prejean, a Sister of St. Joseph of Medaille, who is a longtime opponent of capital punishment, tweeted a brief reaction to the July 25 announcement saying that as she was about to “board a plane to Alaska to join the celebrations of 62 years without the death penalty in that state” when she learned “the federal government plans to restart executions later this year after a 16-year hiatus.”

“The DOJ regresses as the rest of our country evolves,” she added.

Federal death penalty cases are authorized by the Department of Justice in consultation with local U.S. Attorney Offices.

Vaillancourt Murphy said in her July 25 statement that in the 16 years since the federal government executed a death-row prisoner, the American public has changed its collective thinking on the death penalty. Last October, she said 49% of Americans said they believed the punishment is applied fairly and currently, 25 states have distanced themselves from the death penalty in some capacity, most recently, California, with its governor-imposed execution ban in March and New Hampshire’s repeal of capital punishment by legislative veto override in May.

The Catholic Church’s teaching is very clear on capital punishment, she said, noting the Catechism of the Catholic Church calls it “inadmissible” in all cases “because it is an attack on the inviolability and dignity of the person.”

Vaillancourt Murphy said the announcement about reinstating the federal death penalty “flies in the face” of American values of equality and fairness “and for Catholics, above all, a belief in the sanctity of all human life.”