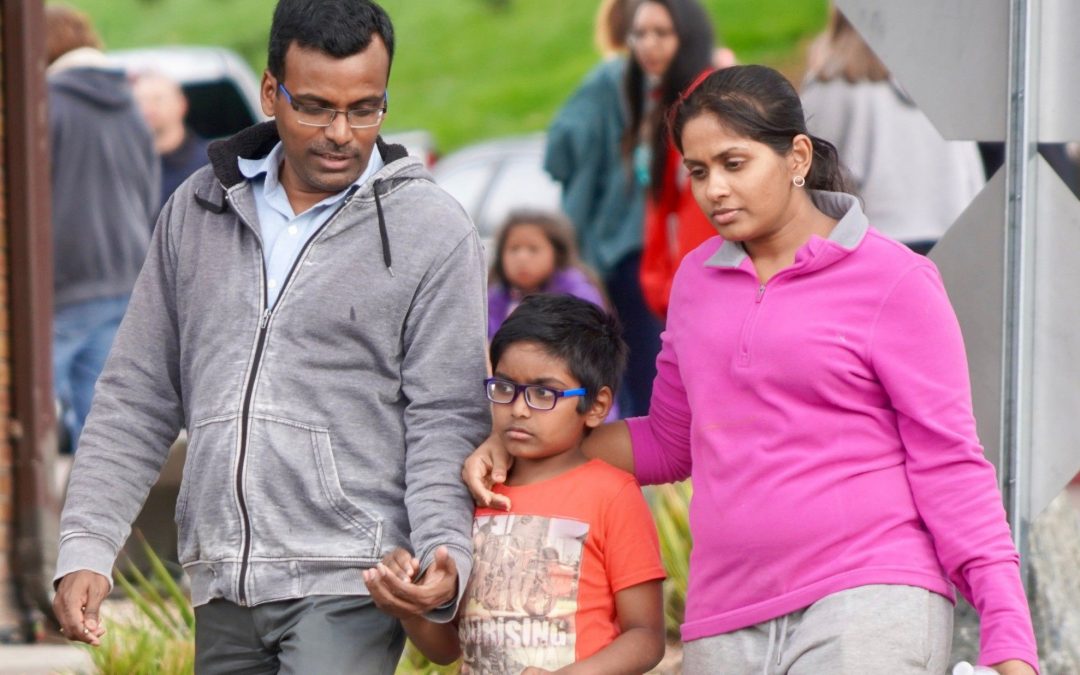 WASHINGTON (CNS) — Catholic leaders are calling for prayer and action in response to the May 7 school shooting inside a charter school near Denver. One teenager died and eight other students were wounded.

“Action is needed to attempt to reduce the frequency of these heinous acts,” said Bishop Frank J. Dewane of Venice, Florida, chairman of the Committee on Domestic Justice and Human Development for the U.S. Conference of Catholic Bishops.

In a May 8 statement he also called for prayers, urging Catholics around the country “to pray for the dead, injured and for the loved ones left behind and for healing in the community.”

“This shooting reminds us yet again that something is fundamentally broken in our society when places of learning can become scenes of violence and disregard for human life,” he said, adding that Americans should “deeply examine why these horrific occurrences of gun violence continue to take place in our communities.”

The shooting took place at STEM School Highlands Ranch in Highlands Ranch, Colorado, a suburb of Denver located in the Diocese of Colorado Springs. The two shooters, teenagers who attend the K-12 school, are now in police custody.

Kendrick Castillo, an 18-year-old senior whose last day at school was to have been May 10, was killed in the classroom gunfire. His father, John Castillo, told reporters he son was a hero and he wants people to know about him.

A student who witnessed the shooting told NBC’s “Today” show that Castillo “lunged” at one of the shooters to save others.

Castillo, who loved robotics, attended Notre Dame Elementary School in Denver and he and his family went to Notre Dame Parish where Castillo was an altar server and usher. His father is a member of a Denver Knights of Columbus Council which posted photos of the father and son at a Knights event on their Facebook page.

Another student who joined Castillo in trying to stop one of the shooters May 7 was Brendan Bialy, who told reporters that Castillo was an unstoppable bowling ball.

“Basically, when he gets moving, there’s no stopping him,” Bialy told several Denver media outlets May 8.

He also said his friend showed no hesitation.

Bialy told the Denver Post daily newspaper that he and Castillo both volunteered with their fathers at the local chapter of the Knights of Columbus when they were in middle school and that Castillo was especially good at connecting with the elderly people they served.

He also said his friend has a good sense of humor, but never at anyone’s expense.

Greg Caudle, principal of Notre Dame School in Denver, wrote to the school community about the school shooting and the death of Castillo, a 2015 graduate.

He said the faculty members and staff met with students in the school gym May 8 to address this situation with all of the students. “I gave basic information about the incident yesterday and we prayed for all involved,” the principal said, adding that he “also emphasized that the students are safe.”

STEM School Highlands Ranch, the public charter school — which focuses on science, technology, engineering and math and has more than 1,850 students — will be closed through May 10, and crisis counselors were scheduled to be available for students May 8 at nearby St. Andrew United Methodist Church.

St. Mark Parish in Highlands Ranch will be open all day May 9 for eucharistic adoration followed by an evening prayer service for the shooting victims. Grief counselors were scheduled to be on hand throughout the day and evening.

Colorado Springs Bishop Michael J. Sheridan said in a May 8 statement that he was “deeply saddened and disturbed by the shootings that occurred” and said he echoed the reaction of Bishop Dewane.

He also urged Catholics to “pray and offer sacrifice for the students, teachers and families impacted by this tragedy, that through the Divine Mercy of Jesus Christ, they may find healing and consolation.”

Denver Archbishop Samuel J. Aquila said in a May 8 statement that his “heart goes out for the student that was killed and the eight others who were injured in the tragic shooting at STEM School Highlands Ranch. Let us pray for them and their families in this time of sadness and grief.”

“The heart of all Colorado is with the victims and their families,” Gov. Jared Polis said in a May 7 statement.

The shooting took place a week after a gunman killed two students and wounded four others at the University of North Carolina-Charlotte and nearly three weeks after the 20th anniversary of the Columbine school shooting in Littleton, Colorado, about seven miles from STEM School Highlands Ranch.