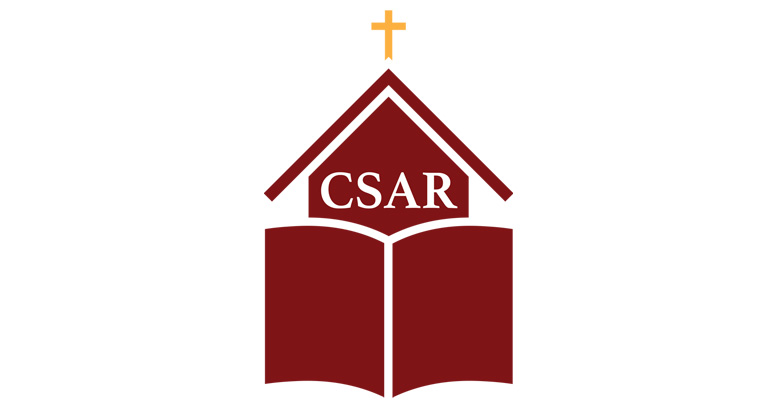 Five more people will be honored by the Catholic Schools Association of Rome.

Here are bios of those who will be inducted: 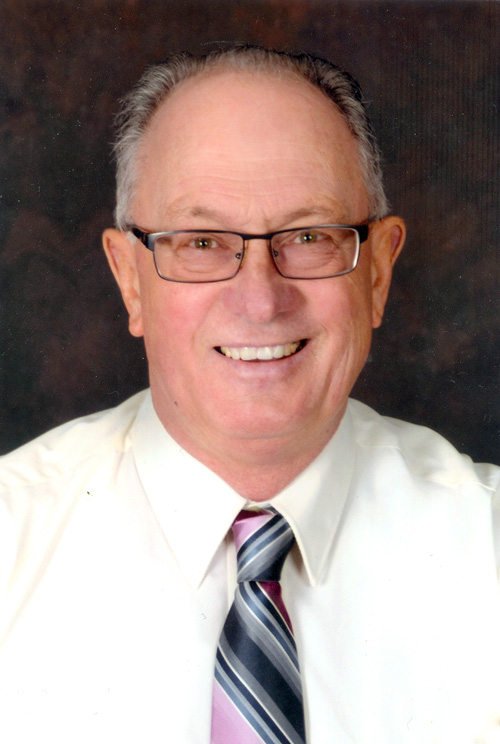 Anyone who knew Tom Barry knew that he followed a very Christian life. Tom attended Catholic school from the very beginning. He went to Transfiguration from kindergarten to sixth grade, middle school at St. Mary’s and high school at Rome Catholic High. After college he went back to Rome Catholic High to coach football and basketball.

Tom was a loyal, reliable, lovable friend always “willing to do whatever it took to get the job done.” He dedicated more than 40 years of service to the Rome sports community as athlete, coach,  mentor, administrator, organizer, role model, and volunteer.

Little League baseball was the beginning of Tom’s athletic career, which included intramural sports at Transfiguration, being named captain of both his football and basketball teams at RCH, and a combined total of more than 25 years of coaching at RCH and RFA, wherever he was needed.

Affectionately known as “T-Bear” not because he was one, but because of his experience as the kicker for the RCH football team back in the 70’s. His teammate Luigi Magnanti used to remind him, “Don’t forget the tee, Bar” (short for Barry).  The spelling and meaning might have changed, but the name stuck!

Tom helped to organize and run the Rome City recreation department’s summer and fall basketball leagues. He also became part of the Rome Lady Rebels, an AAU basketball program, and over the years he served as board member and president. He and his Irish pal Tim Birnie started the annual Shamrock Shootout girls basketball tournament.

In addition, he served for three years as president of the RFA Girls Basketball Booster Club. Tom also served as the president of the Michele Adey Fund which has raised tens of thousands of dollars for the families of local children suffering from serious illnesses or injuries. Tom was a very active fundraiser for RCH too.

For nearly 40 years, Tom was a fulltime employee of Niagara Mohawk/National Grid. Tom’s faith was also an important part of his life and he was a lector at Transfiguration Church. Incredibly, he managed to balance his family, his faith, coaching, volunteering, organizing, and full involvement with his job. He was so happy to be involved in what he loved. His dad and Coach Frank Didio always taught him to stay active. It was very rewarding and a whole lot of fun for Tom.

Tom’s fondest memory was coaching his daughters, Kelly and Tricia. He was not only their coach, but also their biggest fan! Tom also had the great opportunity to coach with lifelong friends Mike Adey, Dennis Skibitski, and Mike Davis. T-Bear was loved and admired for being the person he was and for touching the lives of so many.

And Tom did it all with the love and support of his dear wife, Crystal. 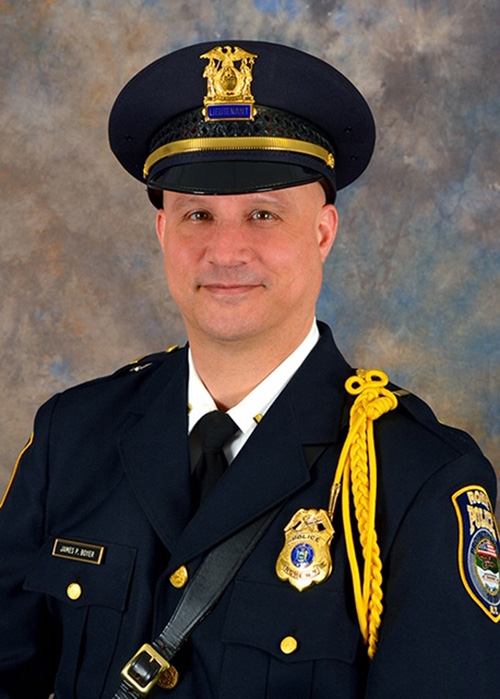 A Class of 1984 graduate of Rome Catholic High, James is married to Cathleen M. (Malone) Boyer and has two daughters, Kelly C. Boyer, 18 (Rome Free Academy Class of 2019 valedictorian and political science major, Siena College), and Katelyn R. Boyer, 14 (RFA Class of 2023). Katelyn was the recipient of the Howlett Award at Strough Middle School for the highest GPA.

James has served as a member of the Rome Police Department for almost 30 years.

“I have been trying to compare my time as a resident of the City of Rome, former student and coach at RCH, and member of the Rome Police Department, with so many other people that I would consider as being much more deserving of this honor than I am,” James wrote.

James participated in both football and baseball at RCH. Two highlights were playing in the state finals in baseball in 1983 and beating Holland Patent that same year in football.

These tough guys taught the young men to behave like gentlemen, work hard, win with class, and fail with dignity. The life lessons taught by these men played an important part in James’ upbringing. The most satisfaction came while James was able to coach at RCH, especially his first team (Class of ’91); it included his brother Tom.

James also credits his parents, William E. Boyer (deceased) and Bridget Boyer. “As children,” James wrote, “we don’t always realize the sacrifices that parents make in order to raise five children and send all of them to Catholic schools.”

James didn’t realize at the time how lucky he was to spend 12 years going to St. Mary’s, St Peter’s, Transfiguration, RCJH, and RCH. The lessons learned have guided him throughout his life. He also recognizes his sibling Bill Boyer (’82), an Emmy Award–winning member of the media. Being his little brother meant that James was allowed to hang out with his friends. At RCH, this meant having a whole bunch of big brothers. RCH was like that.

“While I am proud of my service to this community,” James wrote, “I can come up with a long list of people that I would consider as being much more deserving of this honor than I am. Some of them are mentioned above. As a player, I can attest to the positive impact our coaches had on all of us. We learned how to be young men by following their example.

“As a teammate, I can name Tim Kernan, Jim DeProspero, Tom Schmandt, Jeff Skibitski, Rod Armstrong and many more. As a coach, I could name anyone named Rahmer, Dimaggio, Mark Vacca or Chad Defina and again, many more.

“I am very thankful for the relationships that I have made as a member of this special community. I am especially grateful to have the chance to speak with Tom Barry shortly before his death.

“He came up to me and very excitedly told me, ‘Hey, I have your jersey!’ I laughed and asked him how he could remember that. He smiled and said that “with some players … you just remember things like that.”

“Thanks, T-Bear. Hearing that is the real honor.” 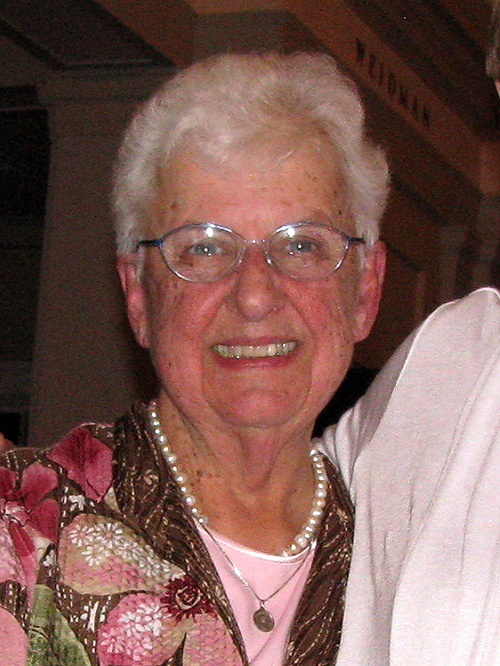 Sister Virginia Marie Dunn was the first of nine children born to James A. and Ellen Haley Dunn —  lifelong residents of Rome, N.Y. Her many gifts, faith formation, and academic excellence were nurtured within a loving family and were supported by the faith communities and the Catholic education at St. Mary’s School and the Academy of the Holy Names.

Over the years, Sister Virginia shared many happy memories about school activities and the friendship of classmates as she grew up in Rome — especially, hanging out with these friends waiting for an autograph from one of the players on the Rome Senators baseball team. Life was good!

As a Sister of the Holy Names of Jesus and Mary, Virginia was a leader in ministries and innovative endeavors related to Catholic education. Her expertise, skill, wisdom, and insight made her an invaluable and well-respected teacher, principal, superintendent of schools, and member of local school boards and international planning committees.

Her compassion and faith, love and dedication, and kindness and joy touched the lives of countless students, parents, colleagues, and women in her religious community. These qualities were heartfelt expressions of her commitment to the charism of her Holy Names community:

with emphasis on education in the faith

and on the full development of the human person.”

Virginia’s kindergarten teacher told her mother: “This little girl is going to go far.” She did indeed; bringing with her a legacy of deep faith, outstanding leadership, and loving service to her religious community and to the ministry of Catholic education. Above all, bringing honor and glory to the Holy Names of Jesus and Mary. 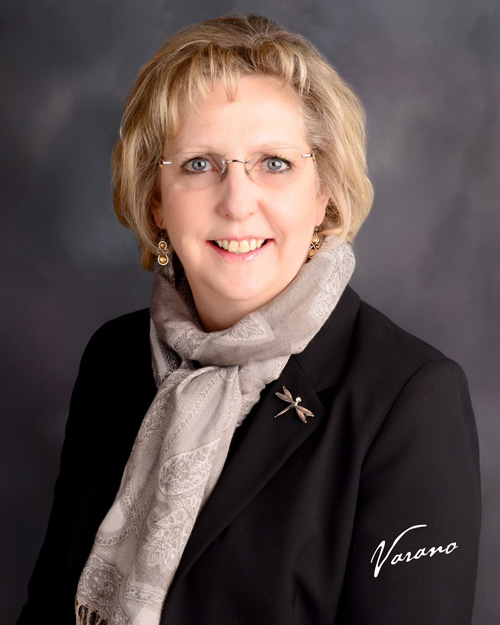 Joan was born and raised in Rome, N.Y. She had 13 years of Catholic education beginning at Transfiguration School (K-8) and finishing at Rome Catholic High (Class of ’74).

Joan is a member of the Whitestown Planning Board. She is also the RCH Class of ’74 reunion chairwoman and she has planned reunions every five years for the class.

She has previously been manager of Ponderosa Steak House and former owner/operator of Coalyard Charlie’s restaurant. She was also employed by the federal government, Social Security Administration, for over 32 years.

Joan has two sons: Jason Tagliaferri, with three grandchildren (Sofia, Juliet, and Jack), and Joshua Lamb and his wife, Kayla.

She is a member of St. Mary’s/St. Peter’s parish and a Parish Council member. She has been involved with the religious-education program in the parish for 25 years. 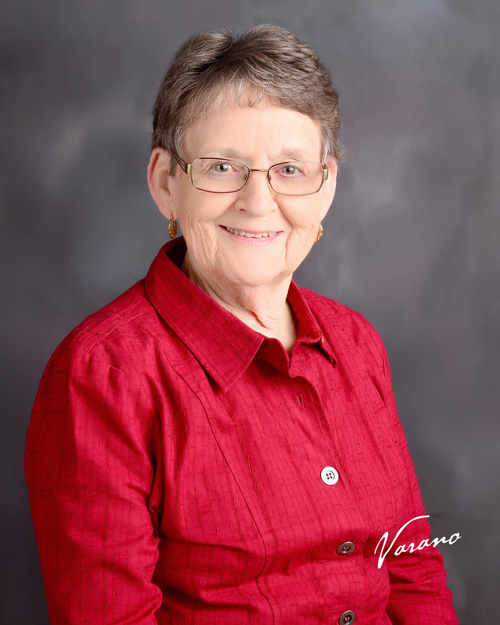 Marion’s education in a Catholic School began when her family moved to Rome in November of her freshman year. She is the oldest of five children of Mark and Martha Larkin.

Born in Syracuse, Marion had attended four grammar schools before entering St. Aloysius Academy (SAA). At SAA she joined Sodality and the choir, and she enjoyed the Friday night dances. She was a cheerleader and served as vice president of her class in her junior and senior years.

(Intensive Care, Post-Operative Care, and many other on-floor positions).

Marion was married to the late Paul Waite for 52 years. They raised a family of nine children, all graduates of St. Peter’s and Rome Catholic High.

Marion was a recipient of the diocesan Immaculata Award given by the bishop to persons very active in their parishes. At present, Marion is an active volunteer at Rome Memorial Hospital, St. Mary’s/St. Peter’s Altar Rosary Society, and In Mission of the Christ Child food pantry. She is also a member of the Sisters of St. Joseph Associate Program.