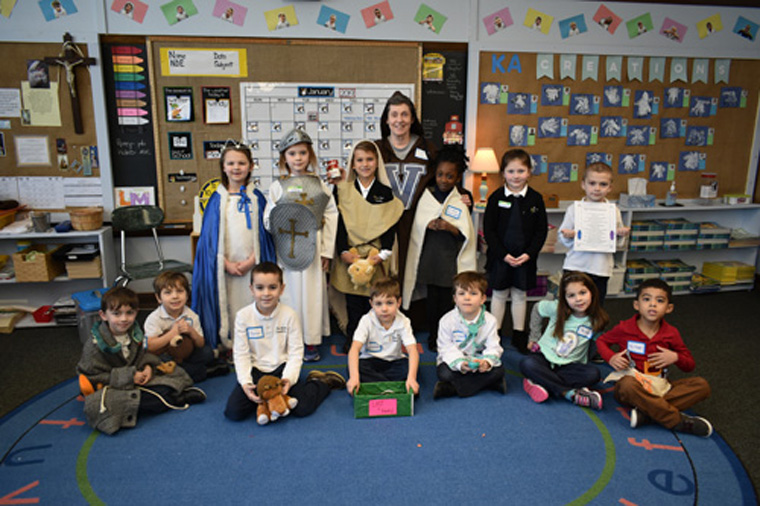 Schools throughout the diocese celebrated Catholic Schools Week Jan. 27 to Feb. 2 with Masses, creative events, and service projects for their communities. Pictured here are just a few scenes from the weeklong celebration; visit facebook.com/SyrCatholicSun for even more. 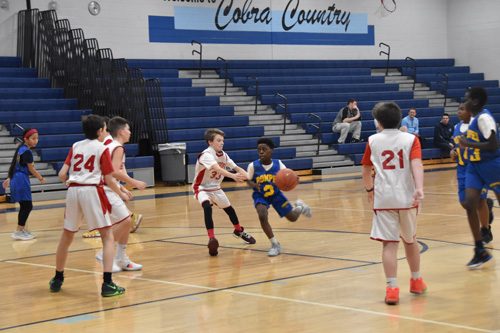 Bishop Grimes Jr./Sr. High School played host to basketball teams from Holy Cross, Cathedral Academy at Pompei, and Holy Family Jan. 27; a similar day of games had previously been hosted at Christian Brothers Academy. Since many of the young players will likely attend Grimes or CBA one day, “I wanted them to get an experience, more than anything, at their future prospective schools,” said PJ Herron, physical education teacher and athletic director for Holy Cross School, who organized the day. “So far I feel like they love it.” Above, CAP and Holy Cross face off; Holy Cross won the close game, 41 to 39. (Sun photo | Katherine Long) 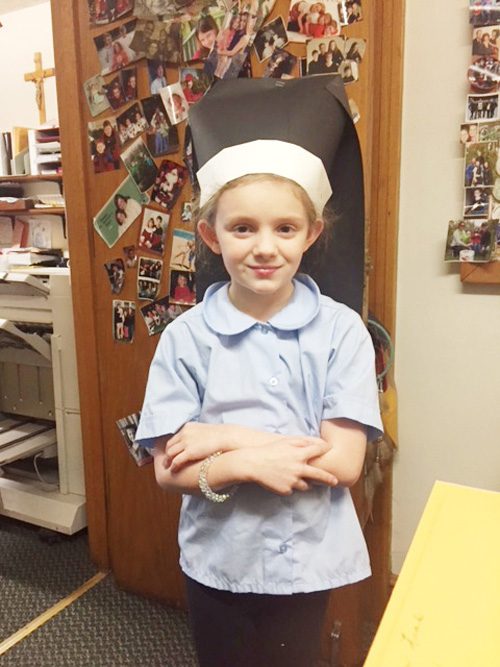 Blessed Sacrament third grader Sarah Clark was chosen to be third-grade teacher Sister Nicolette Vennaro, OSF, for the annual Job Swap. Blessed Sacrament students purchased tickets for various school jobs. All of the proceeds from the Job Swap will be donated to In My Father’s Kitchen. (Photo courtesy Andrea Polcaro) 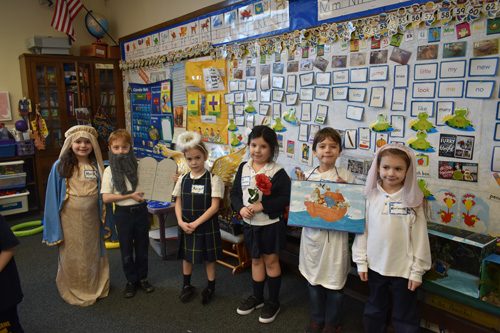 To start off Catholic Schools Week, students and some staff at Notre Dame Elementary in Utica dressed as their favorite Bible character or saint (pictured above and below). (Photo courtesy Sondra Nassar) 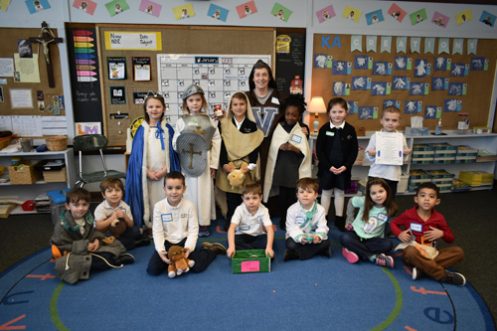 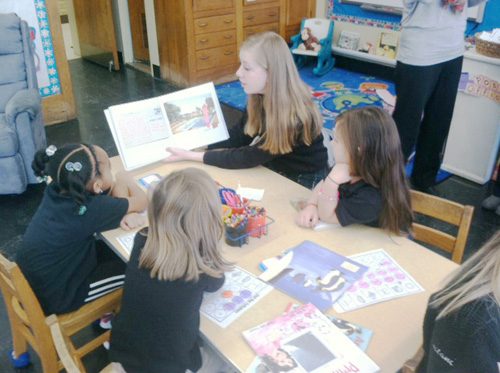 Students from Seton Catholic Central in Binghamton visited St. John the Evangelist School, where they read to kindergarten, first, second, and third graders. Under the guidance of Seton science teacher Linda Garbade, the 20 Seton students broke up into groups of four and spent about an hour in one of the primary classes. The St. John students had a great time having some of their favorite books read to them by the “big kids.” (Photo courtesy St. John the Evangelist School) 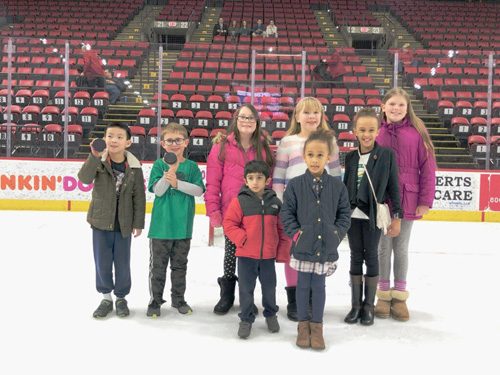 Families and friends of the Catholic Schools of Broome County (CSBC) had a great time celebrating the end of Catholic Schools Week on Saturday, February 2, 2019. Just over a hundred people turned out for Catholic Schools Night with the Binghamton Devils. CSBC families were able to catch a great game and give back to their schools at the same time.  $2 from each ticket purchased was donated back to the school system. The Binghamton Devils won 3-2 over the Belleville Senators in overtime. Some of the attendees even got a photo on the ice after the game (above)! (Photo courtesy Jen Dube) 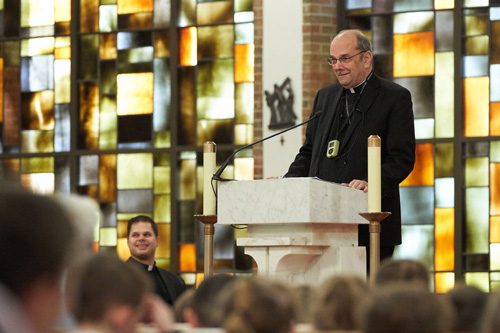 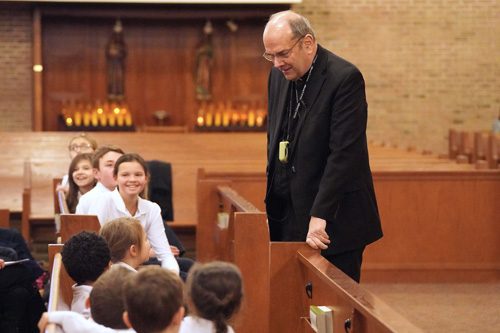 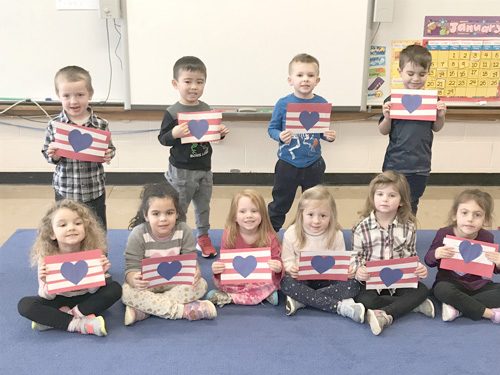 Pre-K 4 students from St. Mary’s Academy in Baldwinsville participated in the diocesan-wide Day of Service by making cards for veterans thanking them for their service (above) and had fun dressing up for Favorite Team Day (below) as well! (Photos courtesy Renae Henderson) 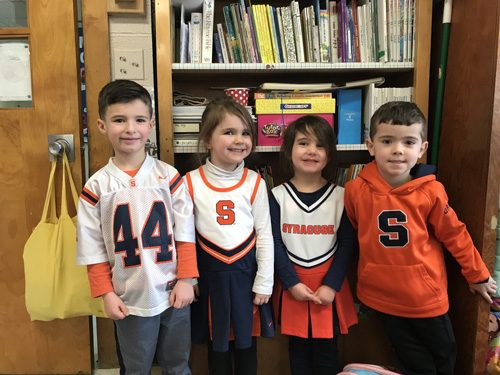