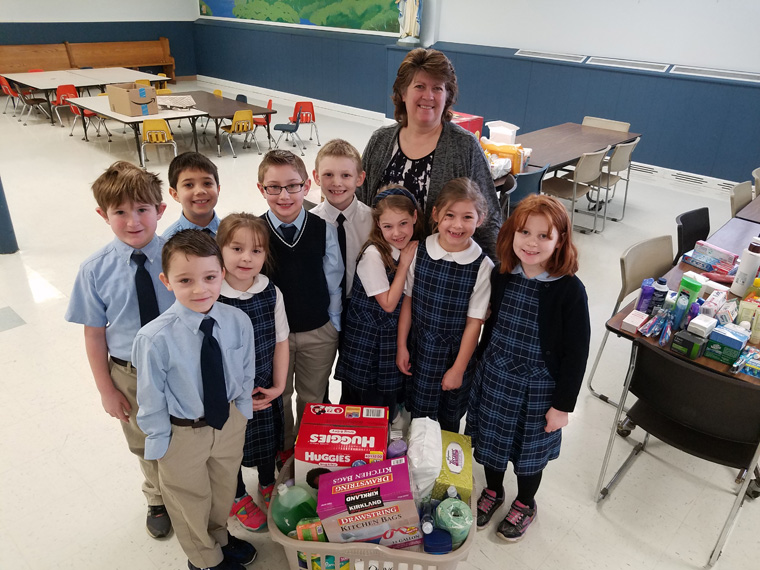 On a designated day during Catholic Schools Week, schools in all four regions of the diocese will focus on giving back to their communities. School administrators began planning Catholic Schools Week months ago. Each school chose a partner organization, including Amaus Medical Services, The Samaritan Center, and the Regan Shetsky Foundation, Oneida CareNet, Tioga County Ministry, and Malta House, to name a few. Students at each school will perform acts of service ranging from stuffing baskets with necessities for refugees, to making sandwiches for the homeless, to bagging warm socks for veterans in need. Schools will also celebrate families during the special Year of the Family in the Diocese of Syracuse, which began December 3, with family pizza parties, grandparent breakfasts, parent vs. teacher basketball games, and more.

Highlights from Catholic schools in each region of the diocese will be available in The Catholic Sun, on the Syracuse Catholic Television YouTube channel, and the Diocese of Syracuse Facebook and Instagram pages.

The Diocese of Syracuse includes 22 component schools, all accredited by the Middle States Association of Colleges and Schools.

Editor’s Note: The 12th Annual Light the Way Scholarship Dinner will be held Friday, January 26th at the Marriott Syracuse Downtown. Tickets are $150 or tables of ten available for $1,400. For more details, click here.