Chenango students take ‘Journey to the Center of the Mass’ 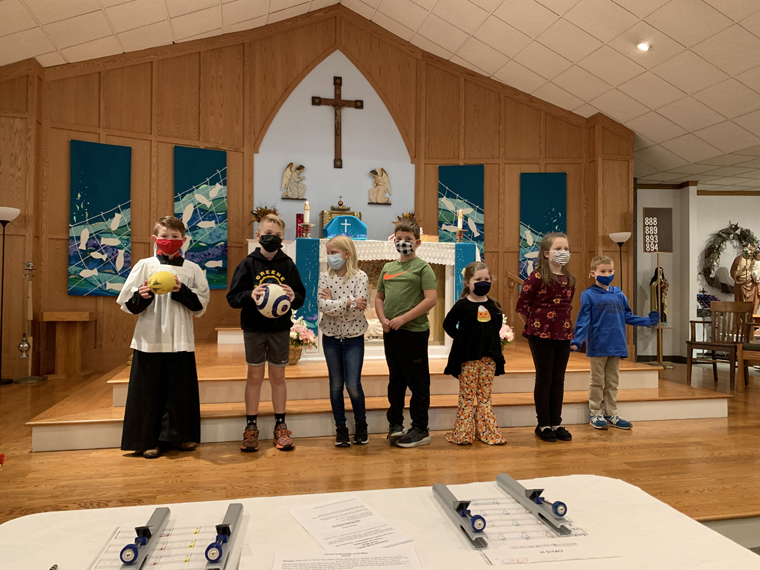 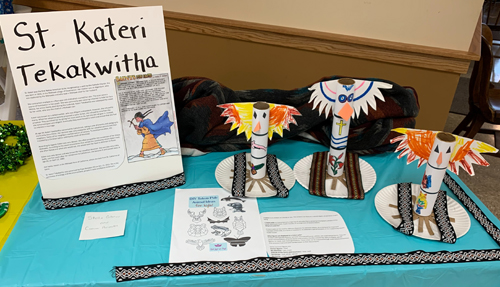 Each month, the children in kindergarten through fifth grade participate in a Youth Mass as greeters, lector, prayer-petition readers and altar servers at Immaculate Conception Church in Greene. They also present a chime meditation song after Communion.

In September they presented the first episode of “The Journey to the Center of the Mass.” I wrote these skits to help the children learn the meaning of the different parts of the Mass. The skits center around a Family Time News reporter who interviews an explorer who tells what he or she learned that month on his journey to the center of the Mass.

The majority of the children participate in many ways such as a person from the Old Testament, a prop person holding a sign or picture, or even as wind or an emotion. The presentation for October centered on learning the meaning and history of the Sign of the Cross. The explorer told about his struggle just getting to church as he waded through the waters of doubt, fought his way through the jungle of Sunday morning grumpies, and completed the obstacle course of games and practices called the Sunday Sports Circus.

Most of the children helped to portray these scenes for the congregation. The explorer eventually found an ancient door with the symbol of the Sign of the Cross. At this point, an adult volunteer dressed as the Old Testament Prophet Ezekiel told about what people believed in his day about the mysterious mark of an X on the forehead, separating the wicked people who worshiped idols from those trying to stay faithful to God. He explained that new Christians took this Sign of Ezekiel and used it as a symbol of Jesus’ sacrifice for us.

The skit ended with the reporter saying that Family Time News would be back next month. When Mass started, the children sat together at the front of the church. Deacon Tim McNerney from the Chenango County Pastoral Care Area assisted Father Paul Machira and gave the homily, which was presented in such a way that the children and adults could grasp the message.

Following Communion, the children presented a hand chime song. This is a great way to involve the children because some of the parts are for beginners and some for a little more advanced. After Mass everyone was invited into the social hall to see the Saint Table Displays presented by the children. Each child had learned about a saint and created a table display. The children had worked on their display in class, and some also at home because of COVID-19 restrictions. Many of the parents helped the children learn about their assigned saint at home. All the table decorations were delivered to the church social hall in time for both weekend liturgies.

Many thanks to the Religious Education teachers, the parents and the church family for all the help and support. This involvement of the children is encouraged by Father Paul who sees the value in helping the children feel a part of the Mass and their importance in God’s eyes. The children and parents look forward to the ICC Youth Mass each month.