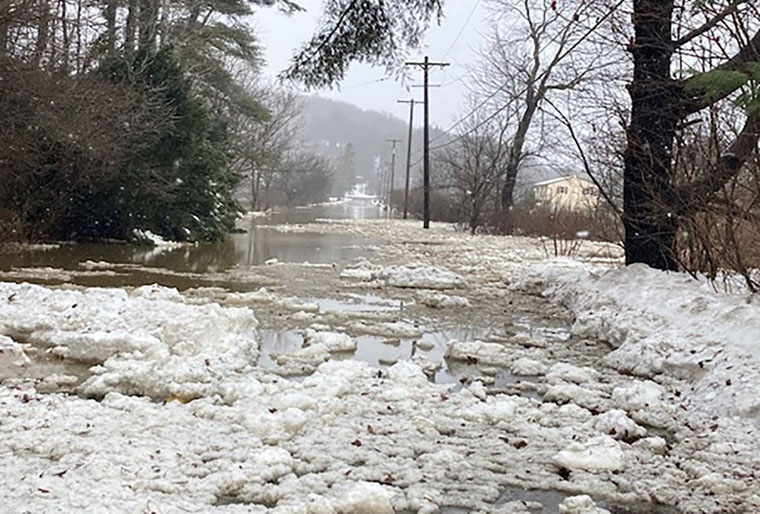 Evacuating town residents in rising flood waters for 12 hours and then on to church for Christmas Day. Who was that? Noah?

So what happened and what did he do? On Dec. 17, 2020, the Town of Maine in Broome County was blanketed with a historic snowfall.

More than 40 inches fell on the town. As residents were continually digging out, the weather turned warmer and down came the “blessings from above”: RAIN!

This resulted in flooding throughout the area. At 8 a.m. Dec. 24, Jim received the warning call of a state of emergency declared in the Town of Maine as heavy flooding was expected. 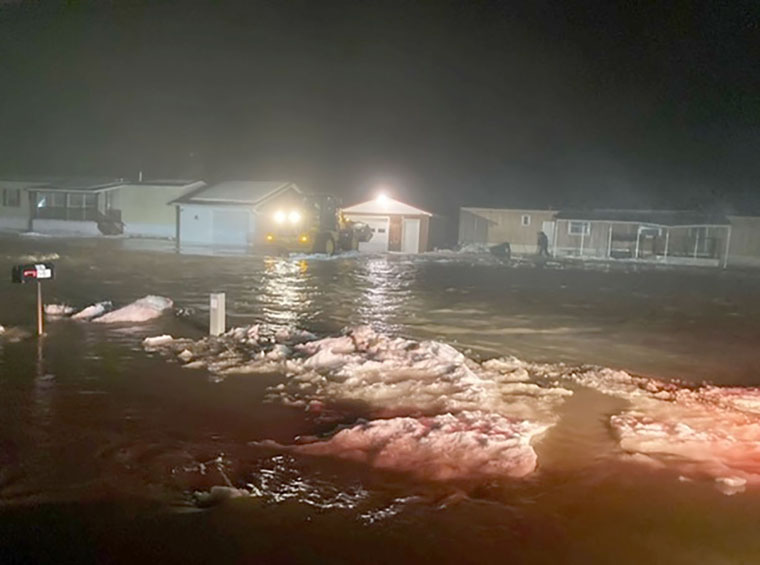 Flooding forced evacuation of families on Nanticoke Road early in the morning on Christmas Day.

Jim, who has served the residents very well, worked all night assisting in the evacuation of approximately 12 homes and helping more than 24 residents and pets (galore) to higher ground. He even helped coordinate the temporary housing at the Maine Town Event where a hot meal was served for those evacuated.

Jim had no rest on Christmas Eve, working around the clock taking care of the town residents who needed help. At 8:30 a.m. Christmas Day he didn’t stop because his phone was still buzzing as he reported to Most Holy Rosary to assist as a deacon at the 9 a.m. Mass.

Deacon Jim said his cellphone was continually beeping throughout Mass (giving him updates on the flooding) but he kept his attention on Mass. He was deeply touched by the song “Joy to the World” and this one persistent thought continued throughout Mass:

“The Savior reigns / Let us our songs employ / While fields and floods / Rocks, hills and plains / Repeat the sounding joy.”

As soon as Deacon Jim announced, “The Mass is ended, let us go in peace,” he darted out the door and back to his duties as Town Supervisor. When things quieted down at 2 p.m. and he finally finished with town duties, he then delivered food to several shut-in families. (He was like the Energizer Bunny who kept going and going).

He finally got to rest with his family at 3 p.m. for a well-deserved dinner. Asked about his favorite part of the day,  Jim responded:

“All in all this was just another way to glorify God by serving others. And by the way, I think I got to see Santa Claus and his sleigh at 2 a.m.”

So to Jim we say, “Well done, good and faithful servant!”

Deacon Gary DiLallo is the Business Administrator for Most Holy Rosary Church in Maine, Broome County.