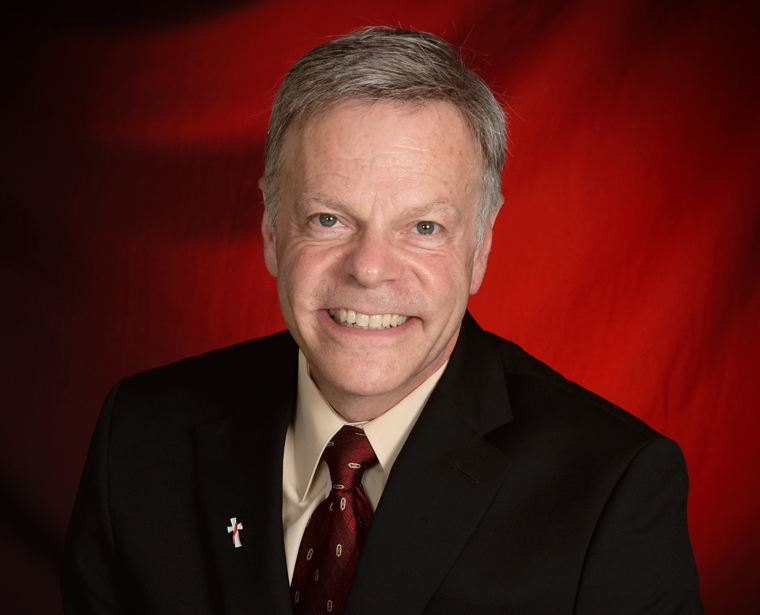 The thought of boarding the complacency train chills Deacon Robert Fangio as if he were in the refrigeration car.

Deacon Fangio tells people who have hit their mid-50s to avoid this thought: “The process has started — all going downhill now, so let’s just ride the train.”

He cherishes a friend who told him that being over the hill is “‘better than being under it.’”

The deacon has thought deeply on that topic since he encountered a startlingly blunt baseball player — his Little Leaguer grandson.

They were at a Syracuse Mets game when the deacon said: “‘I could see you playing out there someday, minor leagues maybe, even major leagues, who knows?’

“And I said, ‘I’ll be right there watching you.’

“And he looks at me, and he kind of cocked his head a little bit. And I said, ‘Well, how old are you?’

“And he looks at me with all the candor and innocence of a seven-year-old and he says: ‘But you’ll be dead.’

Deacon Fangio figures he could have responded: “You know, he’s right; it’s just time to stay on the train and just ride into the train station and just do nothing, just be very complacent.”

He rejected that line:

“I looked at him, and my cousin was with me, and we both kind of opened our eyes, and I’m like, holy cow. And I said, ‘Wait a minute. Sixty-three plus twenty is eighty-three.’ And I just looked and I said, ‘Manny, … eighty-three years old doesn’t necessarily mean it’s time to go and be with Jesus.’”

The essence of Jesus’ message, Deacon Fangio said, is “to help us stay focused, to keep our discipleship, to keep the call going.”

Ever active, Dr. Fangio declines to give in to age or to dwell on his accomplishments. He was a general dentist in private practice for over 30 years, and now he is co-director of Amaus Dental Services, a ministry of Cathedral Parish that provides free dental care to people who are homeless, uninsured, and underemployed in the community.

He also leads a group of seniors called “Young at Heart” at Holy Family Parish in Fairmount. He urges them to seek challenges and to reject complacency and disinterest by staying focused spiritually, mentally, and physically.

He will convey his ideas as the Spirituality of Aging Series continues at Christ the King Retreat House and Conference Center at 500 Brookford Road in Syracuse. His seminar is set for 10 a.m.-3 p.m. Monday, Sept. 30. The offering is $30. For a reservation, call 315-446-2680, email ctkretreat@syrdio.org, or go to www.ctkretreat.com.

Deacon Fangio’s flier for the program says: “We will explore what it means to age in a healthy and spiritual way based on the Lord’s great commandments of love.”

Dr. Fangio said, “A lot of people say to me ‘How are you enjoying your retirement?’ now that I’m officially retired from my private practice.”

He tells them he is redirected:

He believes the call includes love of God, self, and neighbor.

To love God, Deacon Fangio recommends prayer that goes beyond rote prayers: “Prayer, truly, in my opinion, needs to be so much more. We need to be able to spend some quiet time, whether it just be listening, which is a hard thing to do for us in our world where it seems that we constantly need to engage and to talk.”

Next is care of self.

“I think as we become seniors,” he said, “a lot of us have lost our partner, a lot of us have gotten to the point where it’s just too much trouble to make a good, healthy meal. And I think that if we take that attitude, again, things can go downhill fast. …

“So we have to keep that focus that this body is still a gift and it’s meant to be used to its fullest potential, which means that we have to eat well. And yeah, it might mean … taking extra time to buy healthier things and to maybe cook a meal when it might be just us at the dinner table, but that’s the important thing.”

“No matter where we are in our life, no matter how physically unfit we are, there’s still the potential for us to exercise. Not only is it good for us physically — it lowers our blood pressure, it lowers our cholesterol.”

Deacon Fangio finds that his mind is the sharpest in the morning, when he’s walking: “If I take a morning walk, boy, all of a sudden I’ve got all the world’s problems answered, because I find that my brain is stimulated and I’m really thinking in the best way that I can.”

For brain stimulation, he recommends avoiding the TV and instead reading and doing crossword puzzles.

In his work as a deacon, he shows his love of neighbor too. He remembers visiting a parishioner who was in her last hours.

“And I thought to myself, wow, what a lesson that was for me. So here was this woman … in her last hours still ministering to someone else.”

The woman went to her family to hold their hand to let them know she was still going to be with them.

Before Deacon Fangio’s mother died, she asked him a number of times:

She was the oldest of four children, and she was the last to pass away. A lot of her friends were gone. She asked Deacon Bob and his sister: “‘Why am I still here?’”

He always answered: “‘God’s not done with you yet. It’s not finished.’

“And it’s kind of interesting,” he said, “because I was pretty young when I was saying those words, but it truly is something that just seems so appropriate; it rings true today for me in that regard.”

As he contemplates God’s never-ending call, he also thinks of three other people.

One is Abraham, “our father in faith. … At a hundred years old, he’s told that he’s going to father a child, and this child is destined to be the beginning of generations of the chosen people.”

He also thinks of St. John the Evangelist. He probably started following Jesus as a teenager, Deacon Fangio said, and he “wrote not only the Gospel, he wrote three letters in the New Testament, he wrote the Book of Revelation, and he starts doing this at … about 75 years old.”

Then the deacon thinks of Tim Tebow, the former football star who has taken up professional baseball. Tebow is also involved in charitable activities and he promotes his faith, Deacon Fangio said.

But a dazzling career as an athlete, a tycoon, or a neurosurgeon is not required for a senior to have self-worth, he believes: “Share joy and love — that’s our worth.”

He cited a dental patient whose daughter had severe intellectual disabilities. The mother wondered if the girl could contribute in the world.

“I said, ‘She will contribute something to the world in a way that is beautiful in God’s eyes.’”

Even if that girl gives her mother a faint smile, he said, “that does a tremendous amount for the person who is the caretaker, that’s a tremendous gift that you’ve been given.”

Senior citizens’ physical limitations should be looked at in a new light, he said: “If you can’t do it physically anymore, you could be potentially the greatest consultant.”

Volunteering is another possibility: “Where one door closes another door opens, I think.”

Deacon Fangio formed a homily out of his Little Leaguer grandson who had doubted his longevity.

That led the grandson’s twin sister to say: “‘Well, are you going to use a story about me?’”