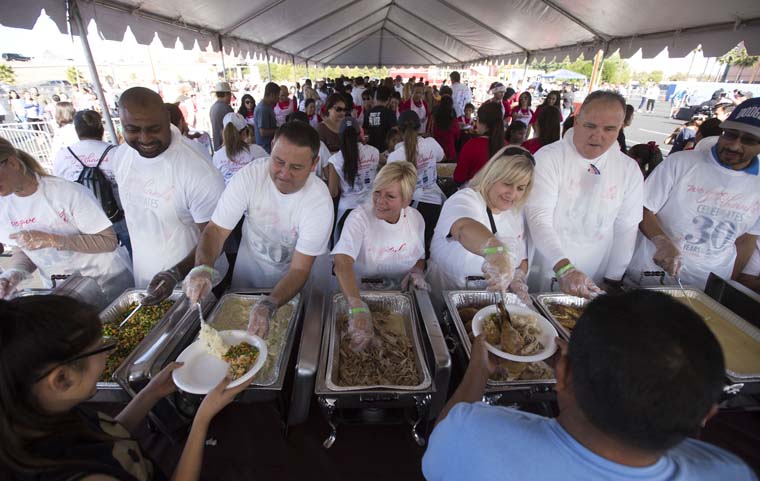 WASHINGTON (CNS) — While Capitol Hill and much of the nation have been following the roller coaster of debate surrounding what will come of GOP efforts to repeal and replace the Affordable Care Act, some are focused on what President Donald Trump’s proposed tax plan might mean for charitable giving.

His proposed tax plan would place a cap on total itemized deductions, including those for charitable giving. By raising the standard deduction and eliminating the estate tax, experts say that this plan would reduce incentives that often prompt donations to charities.

According to Giving USA’s “Annual Report on Philanthropy,” individual donors drove the rise in philanthropic giving seen in 2016. Giving to religion increased by 3 percent, 1.8 percent adjusted for inflation, in 2016, with an estimated $122.94 billion in contributions. This accounted for 32 percent of all charitable giving in 2016, which totaled at $390.05 billion.

The Indiana University Lilly Family School of Philanthropy prepares these estimates for the Giving USA Foundation. Though giving rates rose across the board, giving by individuals grew at a higher rate than did giving by foundations or corporations.

Rick Dunham, board member of Giving USA and CEO of Dunham+Company, a consulting company based in Plano, Texas, remarked that two factors that significantly affect charitable giving are the stock market and attendance at religious services.

“When you look at those who give charitably, there’s a direct correlation between those who attend church or religious services at least weekly,” Dunham told Catholic News Service in a phone interview.

Furthermore, Dunham noted, donations by the top 2 percent of income earners account for a large percentage of charitable giving by individuals. As such, the stock market has a direct impact upon charitable giving.

Joseph Rosenberg, senior researcher at the Urban-Brookings Tax Policy Center in Washington, noted that tax incentives are just one of many reasons why people donate to charity. One tax policy that may motivate donations, he explained, is the individual income tax deduction for charitable contributions.

“The clear consensus is that the deduction does increase giving,” Rosenberg told CNS. “It’s unclear how big the size of the effect is.”

While it is theoretically available to all taxpayers, Rosenberg observed, as an itemized deduction it goes unused by most taxpayers, who claim a standard deduction instead.

“Roughly speaking, only about 30 percent of taxpayers elect to itemize deductions,” Rosenberg said. “But, those 30 percent obviously make up a very large chunk of charitable giving, in particular our higher income households.”

“It does mean that what they’re sort of mentally thinking about is, ‘What if I gave $100 more to charity?’” Rosenberg said. “If they’re not itemizing their deductions, they’re not changing their taxes. They get no additional tax benefit unless they itemize.”

Dunham affirmed that an increase in the standard deduction would likely reduce the amount that people give to charity.

Lucas Swanepoel, senior director of government affairs at Catholic Charities USA, said that with less of an incentive, donations from individuals will likely decrease, calling it an “unintended consequence.”

“If we were to double the standard deduction, only about 5 percent of taxpayers would itemize,” Swanepoel told CNS, citing a study done by Indiana University Lilly Family School of Philanthropy.

The same study found that reducing the top tax bracket to 35 percent and doubling the standard deduction, as outlined in Trump’s plan, could potentially lead to a $13.1 billion reduction in charitable giving, which Dunham also noted. The study further estimates that this would reduce charitable giving to religious congregations by up to 4.7 percent.

“One of the interesting things about the Indiana University study is that it looked at secular givers and religious givers,” Swanepoel said. “Even in religious giving, we see that there is a change in incentive to give based on tax policy.”

A second issue that Rosenberg raised is that of the estate tax, which Trump often refers to as the “death tax.” Trump’s proposal would eliminate the estate tax. Under current tax law, if the decedent leaves property to a qualifying charity, that amount is deductible.

“When people die, they can leave assets to charity and they get a full deduction against the estate tax,” Rosenberg said.

According to Giving USA, giving by bequest accounted for 8 percent, or $30.36 billion, of all charitable giving in 2016.

“There should be some concern about what would happen to charitable bequests if they eliminate the estate tax,” Rosenberg said. “That’s not to say that folks like Warren Buffett wouldn’t leave their money to charity just because they’re not getting a deduction.”

Swanepoel highlighted other important aspects of tax policy, such as the child tax credit and the earned income tax credit, that are important for families and low income individuals, explaining that charitable giving is just one dimension of charity in tax law.

“We want to foster a culture of giving, and the tax code is one way in which we help that effort,” Swanepoel said.

Trump’s plan proposes to boost the child and dependent care credit, according to a one-page document distributed by the White House. The Trump administration released this proposal April 26 and hopes to have a tax plan in place before Congress departs for its August recess.