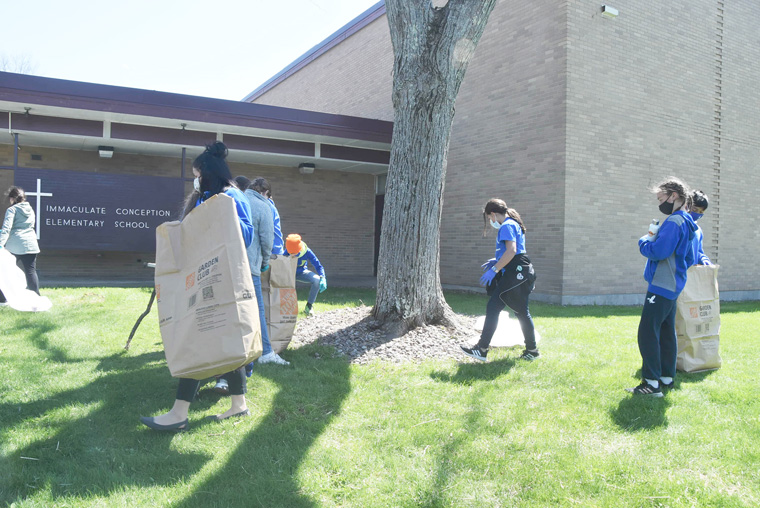 “Earth Day Alphabet Activity” for the pre-K and kindergarten students, “Planting Seeds” with the first- and second-graders. Also, the sixth-grade class picked up and cleaned up around the school grounds filling up five paper bags and a few garbage bags. They were to continue to clean up around the church grotto in the following week.
The sixth-graders crumpled up the letters they wrote on pieces of paper and scattered them around. The aim was to demonstrate what litter is. Then they explained what Earth Day and recycling are about.
As the learners picked up each piece of trash, they unfolded the letter and said the letter name and then they were asked to put the letters into the recycling bin. They also read the children’s book “The Lorax,” by Dr. Seuss, which deals with the environment. (Photos courtesy Caroline N. Agor-Calimlim)