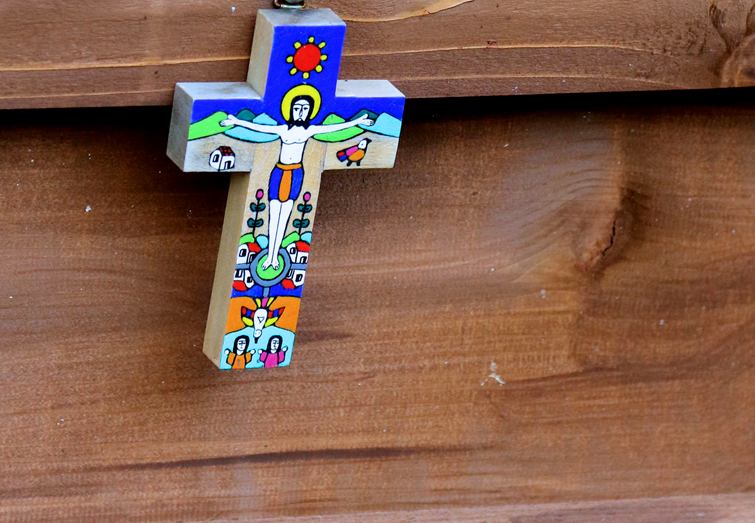 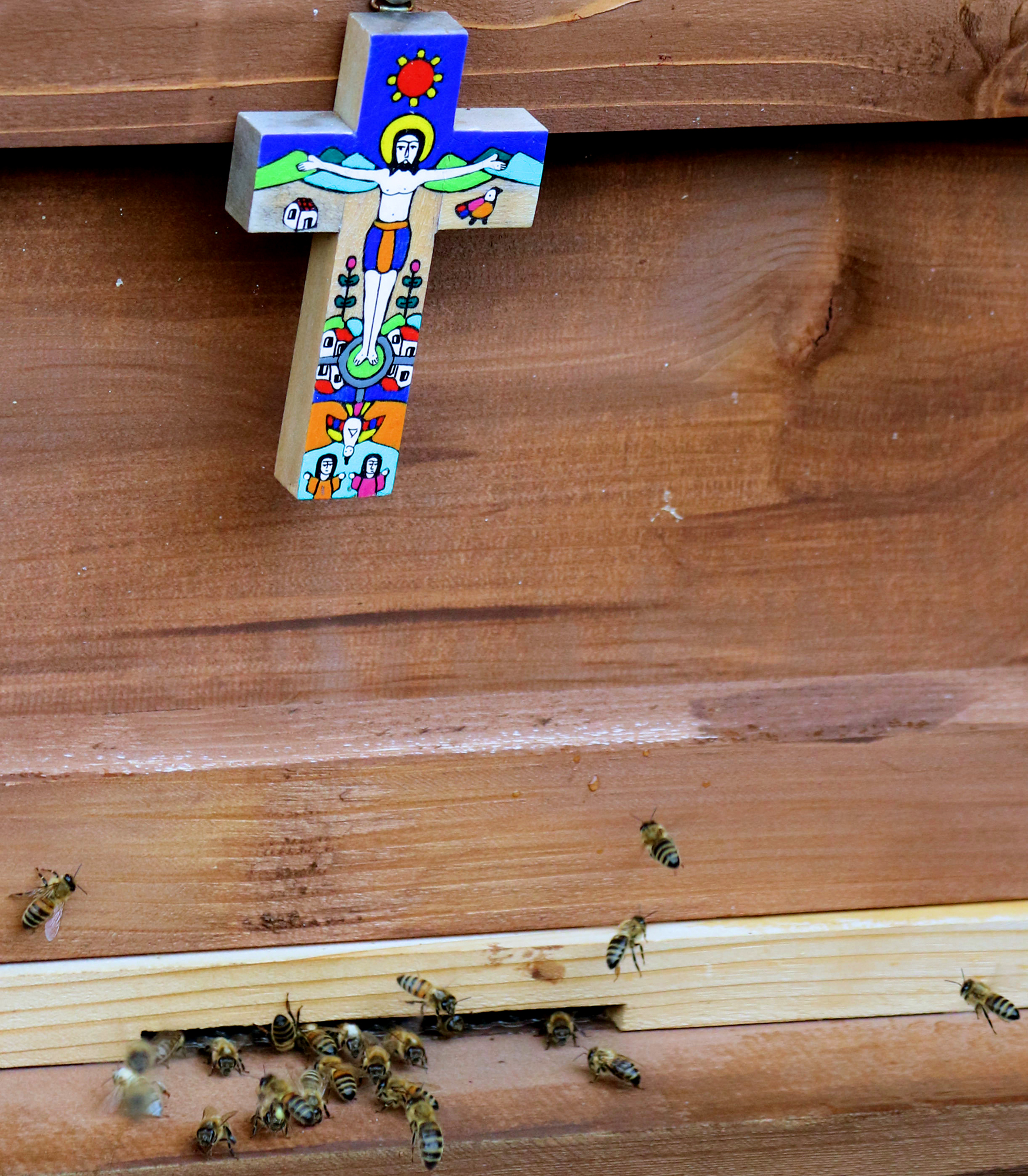 A beehive is seen at the Laudato Si Centre in Manchester, England, Aug. 22, 2019. (CNS photo/Simon Caldwell)

MANCHESTER, England (CNS) — An English bishop is creating a green oasis in the grounds of his residence in the hope of inspiring visitors to heed the call of Pope Francis to “care for our common home.”

Bishop John Arnold of Salford has opened the Laudato Si Centre at Wardley Hall, Manchester, to offer a practical lead on the teachings of Pope Francis’ 2015 encyclical on care for the environment.

The bishop is overseeing the transformation of vacant buildings, a courtyard, gardens and woodland into a place where people can learn how they might be able to help birds, insects and plant species flourish.

His improvements have so far included the installation of two beehives, each with a colony of 10,000 honey bees, as well as building “bug hotels” to provide environments for other species of insects to thrive.

With the help of CAFOD, the development agency of the Bishops’ Conference of England and Wales, he also has launched a project to build thousands of boxes for use either as nesting sites for birds or as roosts for migrant bats in summer.

The award-winning boxes were designed by Steve Burrowes, a CAFOD employee working at the Laudato Si Centre, and have already been installed at such places as Buckingham Palace, the residence of Queen Elizabeth II; 10 Downing Street, the home of Prime Minister Boris Johnson; and at Windsor Castle.

At the Laudato Si Centre, an orchard, fruit and vegetable gardens have been planted, along with a medicinal herb garden. Woodland trails, teaching areas for children and space for a campsite are under construction.

The project aims to take children and adults to “the heart of ‘Laudato Si” in ways that will help them undertake an ecological conversion of prayer and action in their everyday lives,” according to diocesan literature. It will introduce them to the possibilities of living a sustainable and eco-friendly lifestyle in the hope that it will inspire people to do the same in their own lives.

In an Aug. 22 interview with Catholic News Service, Bishop Arnold said he wanted to show leadership because, despite the global interest in “Laudato Si’,” he was aware that many Catholics still had “a long way to go” in responding in a practical way to the demands of the document.

“To read a text is one thing, but to actually respond to it and take the necessary steps that ‘Laudato Si” requires is quite another matter,” he said.

He added, however, that he has been encouraged by the response of the people in his diocese to a March pastoral letter in which he suggested that they assist in conservation by living more simply.

In his letter, Bishop Arnold advised to Catholics to “shop more carefully, particularly choosing local produce, so saving the expensive transportation costs and use of fuel”; to walk or take public transport instead of using a car and to share car rides; to “turn lights off in unused rooms, hang washing out to dry rather than using energy-expensive drying machines”; and “reduce the waste we make and recycle more.”

He told CNS that Catholics also should turn down the heating in their homes and instead “wear a pullover in the house” when it was cold.

He said many Catholic schools took his letter to heart, with thousands of children subsequently introduced to projects to conserve the environment.

Bishop Arnold also wants to reach their parents, however, because he believes many gardens have become sterile and artificial, with people choosing flagstones, decks and plastic turf over lawns, floral borders and hedges as they seek to keep their properties tidy with minimum effort.

“We could be making a real gift to the local environment by allowing nature to thrive in our own back gardens,” the bishop said.

To inspire other people to welcome nature, Bishop Arnold is not only “rewilding” part of the 90 acres his residence occupies but is actively seeking to attract insects, birds and mammals by allowing plants to grow naturally, and by helping others learn how to be beneficial to the eco-system.

He is working with a number of conservation charities, such as the Woodland Trust, the Bat Conservation Trust and the Wildlife Trust as he transforms church land into an example of practical conservation.

“What we find here, with this project, is that the more people know about it, the more experts are coming and offering advice and wanting to be part of it,” the bishop said. “Whether it be trees, wildlife or the woodland trail, it seems to be capturing people’s imagination.”

Bishop Arnold added that he hoped in the years ahead, all the parishes of his diocese would be — in some way — practically attuned to the demands of “Laudato Si’.”
He said he was encouraged by an August statement, “Guardians of God’s Creation,” issued by the Bishops’ Conference of England and Wales.

Collectively, the bishops warned that Catholics were facing an “unprecedented ecological crisis” and told them they sought “good practice for diocese(s), parishes, schools, families and individuals.”

“We need a more considered relationship with our God, our neighbor and the earth through the way we manage our resources as a church,” they said, adding they were inviting people to engage “in this urgent challenge, so that together we show leadership by our actions.”

Accompanying the statement were examples of leadership from the Catholic Church in caring for the environment.

It includes the conversion of 20 of the 23 dioceses of England and Wales to renewable energy under a plan pioneered by Interdiocesan Fuel Management, an energy-procuring group of the church.

It means that more than 4,500 Catholic churches and schools have switched to renewable gas and electricity, making the church one of the largest single consumers of green energy based on annual volume in the U.K.

Bishop Arnold said Pope Francis wanted not only the church but the world to learn from “Laudato Si’.”

“If we are going to say it is for everybody, we have to take a lead by showing by example,” he said. “The policy of the bishops is now concerned with diocesan level, parishes, schools and individuals.”