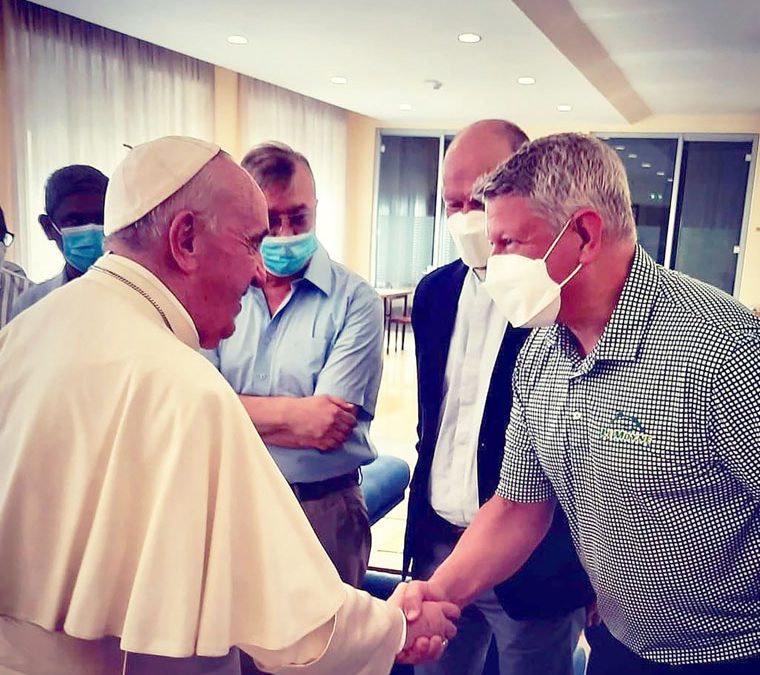 While making his annual informal visit to the Jesuit Curia in Rome in late September, Pope Francis met with members of the Jesuit community, including Father David McCallum, S.J., shown above shaking hands with the Holy Father. McCallum, a 1990 graduate of Le Moyne College, is currently the executive director of the Discerning Leadership Program and was previously the vice president for mission integration at Le Moyne prior to moving into his current role earlier this year. He will meet the pope again on Oct. 9 at the opening of the Synod on Synodality, a two-year process that convenes the whole Church for the purpose of listening to one another’s experiences and discerning how the Church of the Third Millennium will deepen participation, communion and mission. Father McCallum is a member of the Commission on Methodology, one of four international commissions responsible for supporting the Synod process over the next two years. (Photo submitted)